It is customary to define etiquette as a set of rules of conduct governing the external expressions of human relations. Etiquette helps to preserve the integrity of society. It creates and maintains a certain social order, coordinates the joint actions of individuals and helps to overcome possible communication tensions. In this capacity, etiquette is functionally linked to morality: ultimately, etiquette is a form of practical implementation of moral principles.

Observing the rules of etiquette makes it possible to show goodwill and attention to others and express respect for them, and to make communication easy and pleasant. Despite all the similarities existing between morality and etiquette, they cannot be considered the same: the regulating function of etiquette is of a rather subordinate nature and its main function – as noted by many researchers – is integrative and differentiating. Etiquette ensures integration within a social group by giving its members special distinctive characteristics – the way they greet each other, speak and cautiously gain confidence in each other, etc. – thus enabling this group to create a sense of belonging. This allows the group to create new behaviours in order to distinguish itself from others. At the same time, however – as in real life – etiquette on the Internet (“netiquette”) not only unites people, but also separates them, by emphasising their differences in status (gender, age, class, social status, national and religious affiliation, etc.).

As a whole, the functions of integration/differentiation/distinction enable an individual to streamline relations both within his or her reference group and outside it, i.e. with “outsiders”.

There is no universal “netiquette”’, which is uniform for everyone in modern society: each socio-demographic and/or socio-professional group develop/develops its own rules of decency, along with the generally accepted ones, which serve as an integral element of its own sub-culture, understood not in a derogatory sense but as a variant/variety of minority culture or localised in a cyberspace environment. It is therefore not surprising that special rules of etiquette are formed on the Internet. In the strict sense of the word, netiquette is not etiquette, since it does not (and cannot) perform the main function of traditional etiquette: its function of differentiation – i.e. of determining the individual’s place in social hierarchy – is merely virtual and does not fundamentally entail the nature of status, since it lacks human contact or bodily contact, as you might well call it. Consequently, the communication and integration function of “netiquette” clearly prevails.

This function manifests itself in two ways. Firstly, it is one of the tools for building the collective identity of the members of a particular virtual community: by developing its own unique rules of behaviour, this virtual society/group is aware of itself as a whole and represents itself to others. Secondly, “netiquette” promotes the individual socio-cultural identification: the knowledge and implementation of its rules enable an individual to confirm his or her belonging to a particular community and to prove that it is “his or her” and not everyone else’s, as the rules of that particular “netiquette” are not written in any Archbishop John della Casa’s Galateo: or, the Rules of Polite Behaviour. 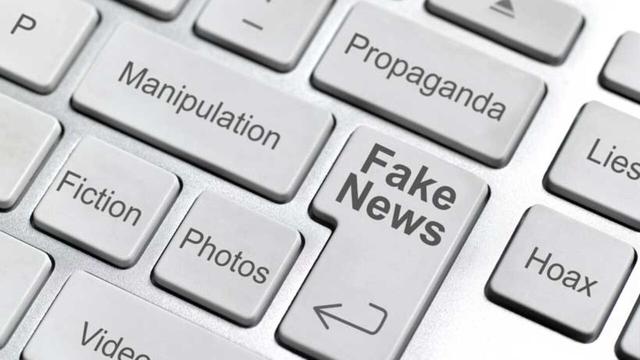 It is not by chance that a fairly widespread (and more severe) penalty for infringing the rules of a specific group “netiquette” is a sort of expulsion from virtual society, i.e. the disconnection of the offender from a given Internet resource. Therefore, “netiquette” also acts as a mechanism of socialisation and marginalisation at the same time.

Unlike in traditional communities, the possibility of group influence on an individual (e.g. through public opinion) on the Internet is limited. The anonymity of virtual communication makes it easy to avoid social pressure, and therefore the only effective method of influence in a virtual environment is the voluntary inclusion of a person in the social system, his/her internalisation of group values and rules. This implies the conscious acceptance of some obligations, mainly moral ones – no matter whether shared or not by the external society – by each participant in virtual interaction. From this viewpoint, “netiquette” rules can be seen as a guideline demonstrating the standard of correct behaviour in cyberspace. Therefore, these rules are of a marked ethical nature.

An analysis of the various versions of the Internet etiquette shows that the rules do not generally differ much from the traditional ones: they imply respect for communication partners and are based on the “golden rule” of group morality. At the same time, besides universal ethical standards, equally applicable to both real and virtual communication, “netiquette” also includes a number of specific rules due to the specificities of the communication channel. For instance, it is not advisable to write messages in capital letters, which is equivalent to shouting, as capital letters are bad for the sense of sight and the sense of hearing. It is also not advisable to send e-mail attachments without warning; to use coarse language; to send unexpected notifications; to send e-mails with an empty subject line; to distribute spam; to send unsolicited mail; to forward advertisements, etc.

It can be assumed, however, that, with the further development of information technology, the approach to virtual communication will align with the usual forms of interaction, until “netiquette” will be absorbed into traditional etiquette.

As is well known, most journalistic codes of ethics usually proclaim freedom of speech as the highest moral value: “Everyone has the right to freedom of opinion and expression; this right includes freedom to hold opinions without interference and to seek, receive and impart information and ideas through any media and regardless of frontiers” (Art. 19 of the Universal Declaration of Human Rights). This freedom finds its maximum expression on the Internet: specialised institutions lose their monopoly on the generation of information contained therein and any user – for a minimal cost – can design and make any message publicly available without subjecting it to further changes.

The specificity of the Internet, however, makes it easier to show fake, anti-social and simply illegal material, because the Internet is a type of media in which it is easier to hide, change or falsify the identity of the author of a statement. On the Internet, in fact, it is never possible to say with certainty who actually is the author of a message (unless the information is protected by special cryptographic means), and the text published on the Internet can at any time be modified beyond recognition, moved to another server or simply destroyed.

The situation is worsened by the fact that there are no institutional or professional criteria for the quality and reliability of information on the Internet, except in the cases where relevant news is accompanied by reliability indicators outside the web (e.g. the reputation of the author or of the institution that has its own website, etc.). Therefore, mass communication on the Internet is totally anonymous and however binding.

In full accordance with the postulates of web ideology, the attempts to solve the problem of the dissemination of questionable information on the Internet (“fake news”) by creating specialised laws and by also introducing censorship, are resolutely opposed by members of the net community and usually end in failure. It should be borne in mind that it is impossible to provide a universal definition of what “reprehensible information” means, considering the various countries’ cultural, national and religious characteristics. Therefore, the development of a unified information policy in this area is hardly possible.

As an acceptable alternative to censorship and other legislative restrictions, it is proposed to consider filtering materials published on the web by using an algorithm for evaluating electronic documents. The advantage of this approach is that it gives users freedom of choice, thus enabling them to decide what kind of information they wish to receive. Admittedly, for this choice to be truly conscious and responsible, it is necessary to have a fully-fledged value system (i.e. the ability to discern), both for those who make evaluations and give ratings and for those who are guided by third parties, since the basis of any evaluation and rating is the identification of value – in this case the information disseminated via the Internet. The rating evaluation methodology (assessment of reliability) cannot therefore be effective without enhancing the information culture of society as a whole. (5. continued)