Home » Technology » The GeForce RTX 3060 is so good at 4K in titles like Call of Duty: Warzone that it made me suspicious

After I re-downloaded Warzone onto the system, I jumped into a few matches after playing around with the settings. All tests had the resolution set to 3840 x 2160, and prior to removing the GTX 1070 Ti that was already in the PC I was getting an average of 51 FPS. This isn't too dissimilar to what I saw when I got the RTX 3060 all hooked up, which achieved an average of 52 FPS with DLSS, raytracing and Nvidia Reflex disabled, though this tanked to around 30 FPS during heavy gunfire and some cutscenes.Given this is a raytracing capable GPU, I tried a match with the lighting feature enabled and while I certainly wouldn't recommend using anything that tanks your framerate in competitive titles unless you have the frames to spare, the results did fascinate me. I was expecting a jittery, unplayable mess, but the result was a fairly consistent 48 FPS average, with some admittedly terrible dips during cutscenes to 21 FPS. While that put me at a disadvantage, it ran a great deal more smoothly than I was anticipating.And then I enabled DLSS. You'd think i'd get sick of seeing the framerate fly but it really is incredible to see how much of a difference the AI-upscaling feature can make, especially on a display that wasn't limited to 60Hz. Without raytracing I was getting a buttery smooth 96 FPS, though the highest consistent number I recorded during that game was 107 FPS. But then 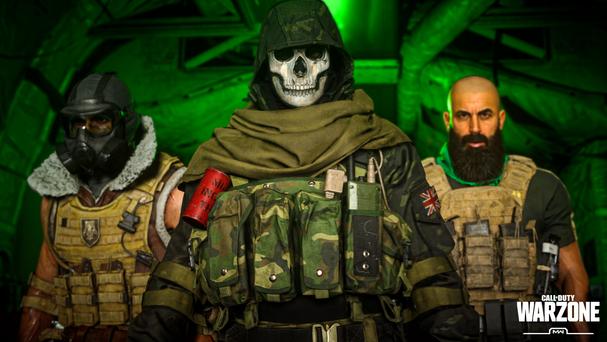 raytracing I was still getting between 98-89FPS, averaging around 92FPS when just running around the map. I was so suspicious of the framerate that I had to check the settings after the first match to make sure I had actually enabled everything correctly, despite seeing the funky lighting effects during gameplay. Naturally, none of this made me any better at the game but I never excelled at battle royales anyway. For someone who plays Warzone or similar titles daily, the smoother framerate and lower latency achieved by enabling Nvidia features like Reflex and DLSS would certainly give you an advantage over opponents. And for folk like myself who will suck at the game regardless, it just made the experience of playing so much more enjoyable. The gloriously high resolution paired with RTX and higher than expected framerates made me feel like I had just put on my first pair of correctional glasses for the first time, seeing everything in a quality that my brain hadn't previously comprehended possible.