(1)Core operating results are a non-GAAP measure used by management to measure performance in operating the business that management believes enhances investors' ability to better understand the underlying business performance and trends related to core business activities. A full reconciliation of non-GAAP financial measures can be found at the end of the financial statements which accompany this release.(2)Reserve build/(release) represents the net change in the Company's allowance for credit losses (ACL) from the prior period.

“Our results for the quarter and full year were strong, reflecting solid operating performance,” stated T. Michael Price, President and Chief Executive Officer. “Excluding PPP forgiveness, loans grew by 11.2% annualized since September with strong production in nearly all of our commercial and consumer portfolios.” Price continued, “As we look to the year ahead, we are genuinely excited about the core organic growth prospects of our company. The buildout of our Equipment Finance business is on pace and in line with our expectations. Our ongoing investments in talent, technology and our regional business model continue to position us well – all to the benefit of our clients, employees, communities and stockholders."

Net interest income (FTE) of $70.5 million decreased $0.4 million from the previous quarter and increased $2.7 million from the prior year quarter. The decrease from the previous quarter was primarily due to a $1.7 million decrease in fees recognized on PPP loans, partially offset by a $141.9 million increase in average loans (excluding PPP loans). Interest and fee income recognized on PPP loans totaled $4.0 million in the fourth quarter of 2021 as compared to $5.7 million in the prior quarter.

The net interest margin for the fourth quarter of 2021 was 3.23%, unchanged from the previous quarter and a decrease of three basis points from the fourth quarter of 2020. Loan yields (excluding PPP) decreased two basis points from the previous quarter due to the runoff of higher yielding loans offset by an $83.2 million increase in average interest earning assets (excluding PPP) and a three basis point increase in the yield on securities.

Provision expense in the fourth quarter of 2021 totaled ($2.7) million as compared to $0.3 million in the previous quarter. The provision expense during the quarter reflected a $1.2 million decrease in qualitative reserves due to improved charge off history and a $0.6 million decrease in individually analyzed reserves, partially offset by a $0.3 million increase in quantitative reserves primarily due to strong quarterly loan growth.

Nonperforming loans totaled $55.2 million, an increase of $17.1 million from the previous quarter and an increase of $1.1 million the fourth quarter of 2020. The increase from the previous quarter was primarily due to a single commercial real estate relationship with two loans totaling $28.4 million which were downgraded to nonaccrual status during the quarter. At December 31, 2021, the relationship had sufficient collateral and did not require an associated individually assessed reserve.

First Commonwealth Financial Corporation declared a common stock quarterly dividend of $0.115 per share, which represents a 4.5% increase from the fourth quarter of 2020. The cash dividend is payable on February 18, 2022 to shareholders of record as of February 4, 2022. This dividend represents a 2.8% projected annual yield utilizing the January 24, 2021 closing market price of $16.60.

First Commonwealth will host a quarterly conference call to discuss its financial results for the fourth quarter and full year 2021 on Wednesday, January 26, 2022 at 2:00 PM (ET). The call can be accessed by dialing (toll free) 1-888-330-3181 conference ID # 4651379 or through the company’s web page, http://www.fcbanking.com/InvestorRelations. A replay of the call will be available approximately one hour following the conclusion of the conference by dialing 1-800-770-2030 and entering the conference ID # 4651379. A link to the webcast replay will also be accessible on the company’s webpage for 30 days.

Certain statements contained in this release that are not historical facts may constitute “forward-looking statements” within the meaning of Section 27A of the Securities Act of 1933, as amended, and Section 21E of the Securities Exchange Act of 1934, as amended (the “Exchange Act”), and are intended to be covered by the safe harbor provisions of the Private Securities Litigation Reform Act of 1995, notwithstanding that such statements are not specifically identified as such. In addition, certain statements may be contained in our future filings with the Securities and Exchange Commission, in press releases, and in oral and written statements made by us or with our approval that are not statements of historical fact and constitute “forward-looking statements” as well. These statements, which are based on certain assumptions and describe our future plans, strategies and expectations, can generally be identified by the use of words such as “may,” “will,” “should,” “could,” “would,” “plan,” “believe,” “expect,” “anticipate,” “intend,” “estimate” or words of similar meaning. These forward-looking statements are subject to significant risks, assumptions and uncertainties, including uncertainties regarding the impact of the COVID-19 pandemic, and could be affected by many factors, including, but not limited to: (1) the effects of the COVID-19 pandemic on First Commonwealth and its customers; (2) volatility and disruption in national and international financial markets; (3) the effects of and changes in trade and monetary and fiscal policies and laws, including the interest rate policies of the Federal Reserve Board; (4) inflation, interest rate, commodity price, securities market and monetary fluctuations; (5) the effect of changes in laws and regulations (including laws and regulations concerning taxes, banking, securities and insurance) with which First Commonwealth or its customers must comply; (6) the soundness of other financial institutions; (7) political instability; (8) impairment of First Commonwealth’s goodwill or other intangible assets; (9) acts of God or of war or terrorism; (10) the timely development and acceptance of new products and services and perceived overall value of these products and services by users; (11) changes in consumer spending, borrowings and savings habits; (12) changes in the financial performance and/or condition of First Commonwealth’s borrowers; (13) technological changes; (14) acquisitions and integration of acquired businesses; (15) First Commonwealth’s ability to attract and retain qualified employees; (16) changes in the competitive environment in First Commonwealth’s markets and among banking organizations and other financial service providers; (17) the ability to increase market share and control expenses; (18) the effect of changes in accounting policies and practices, as may be adopted by the regulatory agencies, as well as the Public Company Accounting Oversight Board, the Financial Accounting Standards Board and other accounting standard setters; (19) the reliability of First Commonwealth’s vendors, internal control systems or information systems; (20) the costs and effects of legal and regulatory developments, the resolution of legal proceedings or regulatory or other governmental inquiries, the results of regulatory examinations or reviews and the ability to obtain required regulatory approvals; and (21) other risks and uncertainties described in this report and in the other reports that we file with the Securities and Exchange Commission, including our most recent Annual Report on Form 10-K. Further, statements about the potential effects of the COVID-19 pandemic on our business, financial condition, liquidity and results of operations may constitute forward-looking statements and are subject to the risk that the actual effects may differ, possibly materially, from what is reflected in those forward-looking statements due to factors and future developments that are uncertain, unpredictable and in many cases beyond our control, including the scope and duration of the pandemic, actions taken by governmental authorities in response to the pandemic, and the direct and indirect impact of the pandemic on our customers, clients, third parties and us. 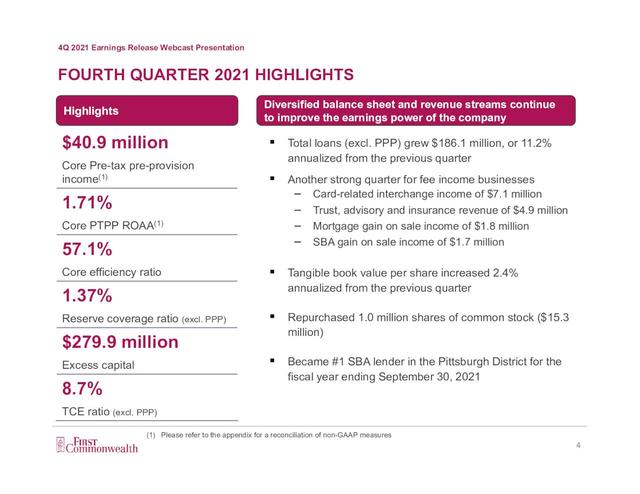