The Senate recently confirmed antitrust attorney Jonathan Kanter to serve as Assistant Attorney General for the Department of Justice Antitrust Division. Google, which has a history of anti-competitive conduct running afoul of state, federal, and international regulators, promptly demanded that Kanter recuse himself from the Justice Department’s ongoing investigation of and litigation against Google, based — oddly enough — on Kanter’s past criticism of and action against Google’s anti-competitive conduct. In fact, Kanter’s background makes him ideally suited to lead the government’s antitrust actions against Google and government ethics law provides no basis to disqualify him. Google’s call for recusal is nothing more than an effort to evade regulatory oversight and should be rejected.

Government ethics regulations provide three possible grounds for recusal: a financial conflict of interest; a “covered relationship” with a party to a particular case (e.g., a former employer or client) that may raise suspicions of a conflict; or other circumstances that would cause a reasonable person to question the official’s impartiality.

The first two are plainly inapplicable. Google has not suggested that Kanter (or a family member, business partner, or organization he currently represents) has any financial interest in the Antitrust Division’s case against Google nor does Google claim that Kanter has a “covered relationship” in connection with the case since he did not, prior to his appointment, represent either the United States or Google.

Instead, Google seeks to invoke the catch-all provision — circumstances that would lead reasonable persons to question Kanter’s impartiality — based on what Google describes as Kanter’s history of publicly criticizing Google’s monopolistic practices and his work as a lawyer in the private sector representing companies whose interests are adversely affected by Google’s practices and advocating for government enforcement against Google. Google argues that because Kanter’s former clients might benefit from the government’s lawsuit against Google, Kanter should be disqualified from supervising that lawsuit -– overlooking the fact that most Americans and innumerable American businesses also stand to benefit from effective antitrust enforcement against Google. 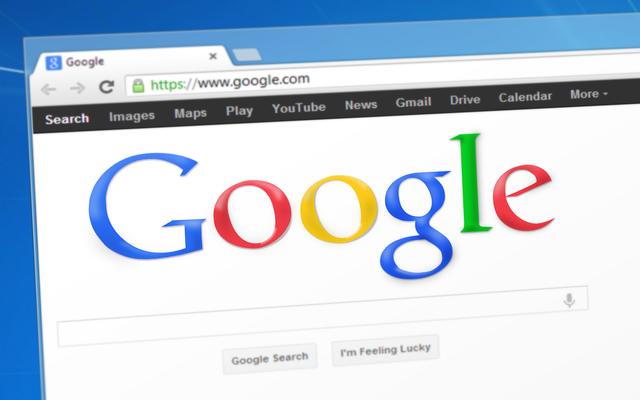 By arguing that an antitrust attorney’s past criticism of and legal action against one of the most powerful global monopolies in history disqualifies him from representing the government’s interests against that monopoly, Google seeks to disqualify the most obviously qualified persons from the job. Indeed, requiring recusal here would set a dangerous precedent enabling powerful corporations to disqualify any number of qualified committed advocates from serving in senior Justice Department roles. Would the head of the Environment and Natural Resources Division need to step back from a case involving a Chevron pipeline oil spill if they had previously criticized or sued Chevron for polluting? Would the Assistant Attorney General for civil rights, with past experience combatting a state’s voter suppression attempts, need to recuse herself from a case against that state’s continued efforts to restrict the right to vote?

But Google’s demand suffers from an even more fundamental problem: it asks Justice Department officials to usurp the policy determination of the President, the United States Senate, and the American people who elected them, to rein in the Big Tech monopolies. The President and the Senate did not nominate and confirm Kanter to lead the Antitrust Division in ignorance of or in spite of Kanter’s experience and expertise challenging Google and other Big Tech companies. To the contrary, they put him in this role precisely because of that experience and expertise. As Senator Amy Klobuchar, the chair of the Senate’s antitrust subcommittee, observed, Kanter was “an excellent choice” to oversee the Antitrust Division, because of his “deep legal experience and history of advocating aggressive action.” For Department ethics officials to conclude that the experience and expertise that make him so qualified for this role simultaneously disqualify him from the Division’s most important and consequential cases would thwart the will of our elected officials and undermine the government and the public interest in effective antitrust enforcement.

Indeed, the ethics regulations themselves recognize that they are not intended to impede the government and public interest in effective law enforcement. Specifically, the regulations provide that, even if an official has a conflict of interest in a particular matter, the official may still participate in the matter, the government’s interest in the employee’s participation outweighs the concern that a reasonable person may question the integrity of the agency’s programs and operations.

Consequently, even if one could reasonably question Kanter’s impartiality in United States v. Google, a waiver authorizing his participation in the case would be warranted. Both President Biden’s nomination of Kanter and the Senate’s overwhelming vote in favor of his confirmation demonstrates that the government has a very significant interest in Kanter’s participation in a case as important as United States v. Google.

The Department has frequently issued waivers allowing officials to participate in matters where their impartiality was questioned and in which (unlike Kanter) they did have a “covered relationship.” For example, in 2016, the Civil Rights Division’s Vanita Gupta, Principal Associate Attorney General Matthew Axelrod, and the Counselor to the Attorney General Bryan Boynton each received waivers allowing them to work on cases in which their former employers represented parties. The case for Kanter’s recusal is much weaker and the government’s interest in his participation is at least as great as in these prior cases.

The Biden administration must stop a few Big Tech corporations from controlling one of the largest sectors of the American economy. Kanter’s extensive experience and expertise in antitrust and the tech industry, in particular, will prove vital in helping the Antitrust Division hold today’s monopolies, like Google, accountable. The Department of Justice should reject Google’s baseless and self-serving call for Kanter’s recusal.

Ben Clements is an attorney, author, and advocate for political and governmental reform, and serves as the Chairman and Senior Legal Adviser at Free Speech For People, a national non-profit organization defending our democracy and challenging corruption and abuse of corporate power.

This article was prepared for publication by Nandini Dwivedi, a JURIST assistant editor. Please direct any questions or comments to her at commentary@jurist.org

Opinions expressed in JURIST Commentary are the sole responsibility of the author and do not necessarily reflect the views of JURIST's editors, staff, donors or the University of Pittsburgh.HomeAttributionsDisclaimerPrivacy PolicyContact UsCopyright © 2022, JURIST Legal News & Research Services, Inc.
Popular Articles
Navigation Lists