Apart for family, friends and food, there are three other things that I can’t do without in life. Everton Football Club. Pontiac Trans Ams. And last but not least, Michael Myers.

The latter, the unstoppable silent killer from the ‘Halloween’ movies, is making his return to the big screen this week in ‘Halloween Kills’ and I simply cannot wait — or I should say wait any longer, for this movie has been delayed by a whole year due to the COVID-19 pandemic.

It wrapped production ages ago and was all set for an October 2020 outing when Universal was forced to pull the plug as cinemas were shut down in a bid to reduce infection levels, which were spiraling out of control globalyy.

‘Kills’ was tipped to slash box office records and it may make even more money now due to the extra wait fans have had to endure. The anticipation has been ‘killing’ us. To the studio’s credit, they have managed to keep most of the details of this sequel under wraps.

In the past year, we have only been given a trailer and a little teaser and if you have avoided all the behind-the-scenes footage on social media and the spoiler videos online like I have, then this movie should still feel fresh. 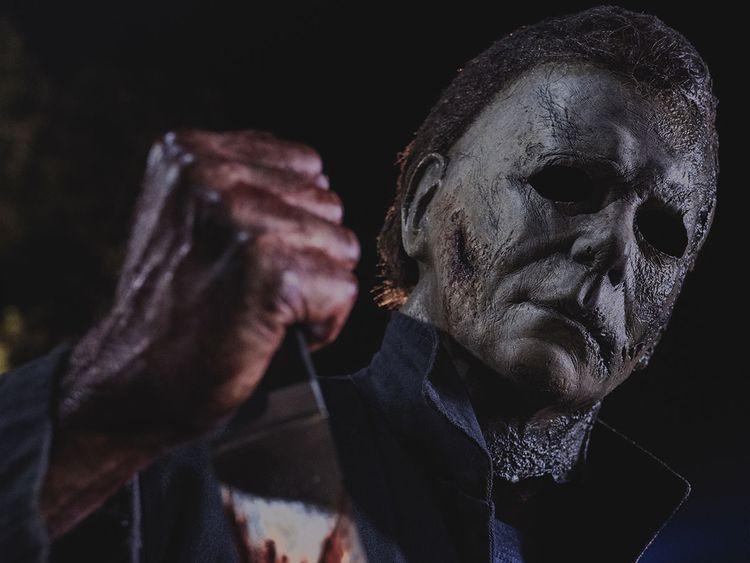 Myers, the fictional character created back in 1978 by legendary director John Carpenter, is loved by horror movie fans everywhere but I would say he isn’t as frightening as he once used to be.

In previous sequels, the film-makers have tried and failed miserably to explain the reason why he is a brutal force of nature who just doesn’t die no matter how many bullets you empty into his hulking six-foot frame. We don’t need to know. Not knowing adds to his mystique and makes him more interesting and scary. As Carpenter said in ’78, Myers is just pure evil. We need no more explanation than this and I am hoping ‘Kills’ does not try to add any unnecessary back story to this character.

I have a deeper concern however — and that is that this movie had better be good because director David Gordon Green really botched up his 2018 effort, ‘Halloween’.

‘Kills’ picks up where that one left off from — minutes after Laurie Strode (Jamie Lee Curtis), her daughter Karen (Judy Greer) and granddaughter Allyson (Andi Matichak) leave the masked monster caged and burning in Laurie’s basement, the three women are rushed to hospital. They believe they have finally killed the ‘Boogeyman’ but Myers manages to escape from the trap to continue his ritual bloodbath in Haddonfield. This time, however, the townsfolks and other survivors of Michael’s first rampage are ready to defend themselves against him by forming a vigilante mob. Will they hunt Myers down once and for all?

Keeping past track record in mind, fans should manage expectations and keep them low this time, even though that is hard to do. I have seen the trailer about 50 times because there is one scene in particular that looks epic (don’t worry, no spoilers here).

David Gordon Green is back behind the director’s chair and I just hope he’s read some of my messages on Instagram (I have been bombarding him…) to make sure he treats the character of Myers with more respect and makes him genuinely scary this time.

You’ve got to keep him hidden in the shadows, the camera must not linger on him and you must never show any clear close ups of him in broad daylight. Also, the movie must be infused with plenty of blue lighting to give it a cold, eerie feel.

The score plays a massive part in these movies and I can’t wait to hear the chilling 10-note ‘Halloween’ theme booming out of the speakers at the IMAX when the opening credits roll. Give me my one-litre Pepsi, mixed popcorn and a front row seat — I am so ready to see this. Just don’t let me down, Green!

'Halloween Kills' is out in the UAE cinemas on October 22