A lead opinion piece highlights political issues. It reports that as he delivered his closing address at the ANC NEC lekgotla on Sunday, president Cyril Ramaphosa looked "totally spent". It added: "With its tired promises, yesteryear vision, and plume of self-correction, the ANC appears to be finally running out of steam."

Forecasts of sunnier days ahead, for both the ANC and South Africa, is a blue sky that we are "unlikely to see in the near future, if ever". It adds that rather increasingly, "it looks as if we are heading into the eye of the storm; a storm that no rainbow, no matter how exquisite, will be able to soothe. Simply put, the outlook is bleak".

During his address, Mr Ramaphosa spoke of how unemployment was at its highest level yet. The president quoted from the latest Quarterly Labour Force Survey which showed an overall unemployment rate of close to 35 per cent, and 50 per cent for young adults in the 18 to 34-year age group. In July last year, South Africa experienced its worst social unrest since the dawn of democracy.

As technologies evolve, and everything is readily available at the touch of a finger, cars are becoming more and more tech forward. But are our cars being overloaded with this technology, to a point where it's becoming unsafe? Experts say yes.

It's easy to become momentarily distracted by the infotainment system when you're driving. Whether it's by a text coming in, trying to sort out your navi system, or simply changing the music. Becoming distracted has the potential to cause some major accidents, even if it is momentarily. Safety experts say that the auto industry is facilitating our distraction by overloading vehicles with unnecessary and increasingly complex tech.

The issue was made prominent recently when the National Highway Traffic Safety Administration (NHTSA) opened an investigation into Tesla, which then agreed to prevent drivers and passengers from playing video games on the dashboards. A study conducted by the University of Utah and the AAA Foundation for Traffic Safety found that some tasks on modern infotainment systems could take more than 48 seconds. Another study, conducted by Canada’s Traffic Injury Research Foundation in 2018, claimed that that one in four fatal crashes could be linked to distracted driving, which is roughly the same as driving while impaired. 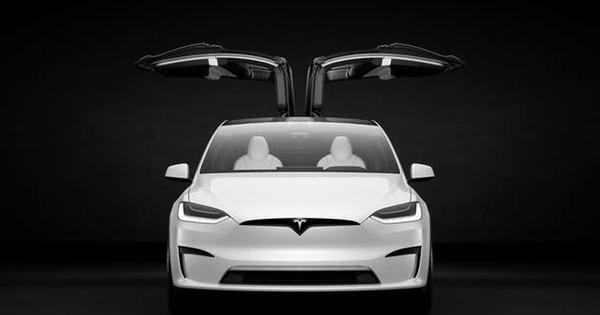 The bronze David at piazzale Michelangelo, the Badia Fiorentina bell tower and the facade of the Basilica of Santa Maria Novella all now boast new permanent lighting. The update was donated by Firenze Smart, the City of Florence’s in-house company, on the occasion of the annual winter F-Light (Firenze Light Festival). The modernization of the existing systems means that these monuments can control the intensity and colour of the lighting remotely.

It said that barring “essential” truckers based on vaccination status would exacerbate supply shortages and drive up costs for struggling small businesses, according to the Canadian Federation of Independent Business (CFIB).

CFIB president Dan Kelly said he was urging the Justin Trudeau government to drop a policy that he believes was based more on politics than science. “It feels weird that this late in the pandemic we’ve decided truck drivers are no longer an essential service,” Kelly said yesterday (Wednesday). “It seems they’re more essential than ever especially given that there’s all sorts of supply chain issues that have nothing to do with the state of the Omicron right now. We’re making this problem way, way worse than we need to.”

The federal government has been turning back unvaccinated foreign national truck drivers at the US border since January 15.

The Chronicle, which, like many foreign papers, has little coverage of Boris Johnson's "party" travails or even the military build-up around Ukraine, highlight's the wildfires California has endured, including flames searing the Big Sur coast this week.

It says: "The January blaze, which on Wednesday had burned 700 acres and was still smoldering near homes in the rugged Palo Colorado Canyon, is believed to be the result of a stray ember from a burn pile. Scientists, though, say the fire was made possible by an unusually long dry spell in winter coupled with a landscape increasingly primed for fire by the warming climate.

"The winter months are typically when the state gets its heaviest rains and a break from wildfire. But Big Sur has seen less than a 10th of an inch of rainfall this month. Despite the onslaught of storms in December, many coastal areas are dry again and brimming with dead, combustible brush after two years of drought intensified by climate change."

“I was totally surprised by the fire,” said Craig Clements, professor of meteorology at San Jose State University and director of the school’s Wildfire Interdisciplinary Research Center. “But after looking at some of the data, I was like, ‘Yeah, it makes sense." Because of rising temperatures and more intense bouts of drought in recent decades, the window for wildfires has grown, and California’s fire season is now longer than it used to be. A study by the science and news organisation Climate Central estimates that the threat of wildfires in western states lasts 105 more days today than it did in the 1970s

For more stories from where you live, visit InYourArea