It was an overcast day in Geneva in late September 1994. I attended one of the final formation meetings of the newly established World Trade Organization (WTO) as a U.S. textile industry delegation member. We had just finished a long day of meetings and awaited a copy of the final agreement.

As a member of the U.S. textile industry delegation, according to some attendees, I was one of the “the bad guys,” a group of anti-trade, protectionist industry representatives and lobbyists that rejected and fought hard to restrain the promised, theoretical benefits of free trade. We represented the antithesis of the mission of the WTO, which is to reduce barriers to global trade in goods and services.

Worse yet, according to our critics both inside and outside of government, we were determined to keep the developing world in poverty by keeping the most basic manufacturing industry, textiles, in the hands of developed-world companies. It was unfair and mean.

But there were more significant issues at stake. Remember, this was a time when the Cold War was still a thing, and efforts to keep developing countries out of the Soviet sphere of influence were a top priority for Western governments. Politics mattered, as did competition between democratic and Communist zones of power worldwide. But, politics be damned, change was afoot—and American textiles got stomped that dreary September day in Geneva.

Who wants to sit behind a sewing machine all day?

So, there we were, standing in the lobby of the Centre William Rappard, the future home of the WTO, when we received the final text. We read the details in disbelief. Some wept. Textiles lost out, exchanged for greater market access in developing countries for Western financial services and the then-burgeoning technology sector. It hurt.

Our government negotiators explained that textiles didn’t have a viable future in our country, as basic manufacturing didn’t have a place in an increasingly service-oriented American society. A bureaucrat said, “Who wants to sit behind a sewing machine all day anyway? The future is in technology and financial services.” They thought sewing machine operators could quickly retrain as computer programmers or stockbrokers. So naïve.

The end of the multi-fiber arrangement

But I diverge from our experience in the Centre William Rappard. The agreement document included an annex outlining the phase-out of the Multi-Fiber Arrangement, a system of quotas restricting trade in textiles and apparel for nearly a quarter-century. However, this supplement was a roadmap for the dismantlement and expulsion of the textile industry from the American economy. At one time, the textile industry was the country’s largest employer; after reading the annex, we feared the industry would collapse, unable to compete with low-cost suppliers worldwide.

Well, over the years since, our fears have become a reality. The textile industry is but an afterthought in the American economy of today, a relic of a “rust belt” made up of so many old manufacturing industries. Basic manufacturing like textiles mostly moved offshore. 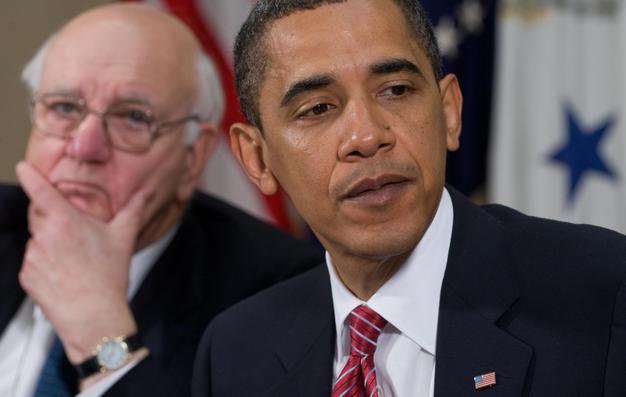 But there’s so much more to this story. Why did this happen? The work of nefarious forces? Hardly so. Instead, it was the work of well-meaning people who ascribed to the belief that free and open markets were the best way of carving a path to prosperity for all. My brief story about my experience at the WTO and textiles is just a sliver of something called “neoliberalism.”

Free trade by another name

So what is neoliberalism anyway? Let’s start with the basics: In some ways, neoliberalism is a misnomer, as its use of “liberalism” is not used in a political sense but rather to mean liberal, as in open and unfettered trade. At the same time, its use of “neo” suggests a rebirth of laissez-faire capitalism.

What’s more, neoliberalism is apolitical. It’s not political in the sense of Left or Right, Liberal or Conservative. Instead, it cuts across the entire political spectrum. Neoliberalism describes free trade and an economic model based on a strong belief in open markets not weighed down by government regulation.

The rise and fall of the neoliberal order

A new book by historian Gary Gerstle, entitled “The Rise and Fall of the Neoliberal Order,” explores neoliberalism’s origins and philosophical underpinnings. In clear, well-written prose, Gerstle explains the history, politics, and economic reasoning that lead to the formation of the WTO and, along with it, an unquestioned orthodoxy about free trade for the past 30 years.

From my perspective, consumers benefited from lower prices and greater product variety without question. But these benefits came with environmental costs (think carbon-spewing global supply chains) and economic costs (a loss of manufacturing employment in the developed world, along with growing income inequality everywhere).

According to Gerstle, an intellectual movement supported neoliberalism, backed by a philosophy of economics propelled forward by politicians enamored by the promise of free trade to alter the world. Gerstle also explores the stages of history leading up to the neoliberal era, each step a reaction and adaptation to what came before it.

Briefly stated, American economic history since the 20th century goes something like this.

The laissez-faire economics of the 19th century collapsed with the Great Depression in 1929 when the unregulated passions of capitalism crashed on the shores of Wall Street. It was supplanted by Franklin Roosevelt’s “New Deal,” which spurred government spending to offset the collapse of the private sector during the Great Depression and that lasted as a policy staple into the 1960s, only to collapse under the weight of its bureaucracy and regulation. Next, providing the opportunity for Lyndon Johnson’s social programs of the “Great Society,” which, when coupled with spending for the Vietnam War, set the stage for high inflation and stagnant economic growth (stagflation). Finally, to solve those problems, Ronald Reagan ushered in an era of deregulation (which began in earnest under Jimmy Carter), deficit spending, and neoliberal ideology.

“The Rise and Fall of the Neoliberal Order” is terrific. It’s insightful, expertly researched, and relevant—published at a significant time in world history. For sure, some people claim that neoliberalism’s time is over. Globalization, the economic engine of neoliberalism, has run out of steam. Some point to the war in Ukraine as proof of the end of globalization. Yet, Putin’s illiberal invasion of Ukraine runs counter to the hopes and promises envisioned with the founding of the WTO. So open borders end up as a major land war in Europe? How can that be?

Implications of the neoliberal order

Indeed when describing neoliberalism, “Ronald Reagan was its ideological architect; Bill Clinton was its key facilitator,” Gerstle says. But in the final analysis, it may be Putin who ends it all. Of course, the question remains: what will replace it? With everything in flux these days, it’s hard to know. Political divisions in the U.S. don’t help matters: Donald Trump on the far right and Bernie Sanders on the far left. Quite a contrast.

And then there’s China—perhaps the greatest beneficiary of neoliberalism. Once China entered the WTO, all bets were off, and at the time, small countries recognized that China would grow to dominate global trade—at their expense and, as it turned out, many of the industries in the developed world.

Our industry got so entwined with China. Of course, we weren’t alone; other American industries did, too. But with the establishment of the WTO, there was a strong desire in the West to turn China away from Communism and embrace democracy via free trade as an engine of economic development and political encouragement. Only it didn’t turn out that way.

So has neoliberalism burned itself out like the “Great Society” or the “New Deal”? To answer this question, I recommend reading “The Rise and Fall of the Neoliberal Order” to find out. As described by Gerstle, neoliberalism sits on a historical foundation of competing ideas over government spending and private sector innovation. A see-saw of sorts. I will say that with a world in flux, new ideas and concepts from political, economic, and social realms will keep churning along. Change is inevitable.

Struggling to keep up

But with the passing of history, elements of the past struggle to keep pace with a new worldview. For example, during the pandemic, many sourcing companies diversified their sources of supply to different countries from those established more than 30 years ago, at the dawn of the WTO. Some have even gone so far as to reinvigorate manufacturing operations back to consuming nations, as we’ve seen in the U.S.

However, the relative calm the international economy enjoyed over the past few decades dissipated when confronted by the pandemic. Moreover, the breakdown of supply chains witnessed over the last two years has weakened the entire globalized system of trade, unraveling much of what neoliberalism initially set out to accomplish. Consequently, low prices for consumers gave way to soaring inflation worldwide, broken supply chains, and a significant war in Europe.

So now we have re-shoring and nearshoring—job opportunities for those willing and able to work. It seems like the system has gone full circle. And—surprise—we have the return of trade barriers, with the U.S.-China trade war a prime example. But what to do with all of those garment workers in developing countries? I guess they can all become computer programmers. Or maybe stockbrokers? I don’t know.