PC owners looking to spruce up their rig and who have a somewhat flexible budget to play with would be advised to cast their eye over Nvidia's 10 series graphics cards that utilise Pascal architecture to deliver superior power and performance over its competitors. The flagship GTX 1080 graphics card is a veritable beast that's champing at the bit to give you a superb 4K gaming experience, while the GTX 1070, which isn't quite as powerful, shines at 1440p, .

If you're really itching to spend a little more for maximum performance, the TI iterations of the cards might be more up your street, with increased memory and superior performance compared to their vanilla versions. We'll break down the differences in the cards as well as taking a look at their price tags to help you decide which is the best option for you. If you're in the market for more than just a graphics card, be sure to check out our guide on

, for the Founders Edition of their GPUs. These are the cards Nvidia manufactures itself; the new nomenclature for its reference cards. Both have 8GB of GDDR5 memory, with the GTX 1080 Ti ramping things up with 11 GB of GDDR5 memory. Its TDP is 250W compares to the GTX 1080’s 180W, which is another consideration to take into account when deciding on which card will best work with your rig, and as a result, it needs both a 6-pin and 8-pin connector. The 1080 utilises vapor chamber cooling technology, while the 1070’s cooling solution isn’t as refined, using a heatsink instead.

Performance - is there a big difference?

The GTX 1070 can just about manage 4K gaming for less-demanding titles, but be prepared to compromise on the rest of your settings. The good news is that it’s more than adequate up to 1440p and it’ll also do the job if you’re looking to dabble in VR.

The GTX 1080 on the other hand - and even the GTX 1070 Ti - are where you’ll want to invest if you don’t want to compromise on framerate while enjoying high resolution gaming. The GTX 1070 Ti is the middle ground between the GTX 1070 and GTX 1080, while the GTX 1080 Ti offers even higher framerates at maxed-out settings, but depending on your set up, the extra benefits of Nvidia’s mighty GPU might be negligible.

Looking to build your own PC? Here is the

Got that CPU yet? Here are the

And be sure to check out the 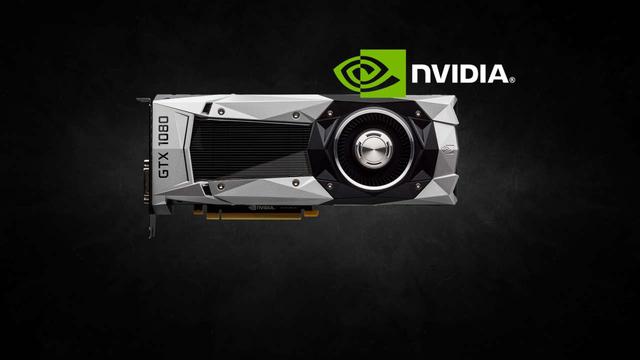 Price - how do they compare?

The price of the graphics card is going to be a deciding factor for most buyers. If you have deep pockets, the

g is neither here nor there for the performance that you’re getting, but for $150/ £200 less, you can grab the

at $550/ £470, which is going to be more than enough for 4K gaming and video-editing, and isn’t going to break the bank by comparison.

Dropping down a notch to the

, you can save yourself $100/ £50 at the GPU’s $450/ £420 price point, but for such a minimal difference in price, you should splash out the extra cash for to enjoy the increase in performance, unless it’s really straining your budget.

, and while you won’t find the Founder’s Edition on Nvidia’s website, you can find it for a significantly lower price that starts at around $400/ £380, depending on which of Nvidia’s partners you decide to buy it from.

Verdict - which should you get?

For GPU-intensive tasks, opting for the GTX 1080 is a no-brainer over the GTX 1070 and GTX 1070 Ti. The price difference between the GTX 1070 Ti and GTX 1080 is so narrow that it makes little sense to go for the cheaper option when dropping a bit more cash will get you a lot more performance. That being said, if 4K gaming isn’t a priority, the GTX 1070 will be just fine and will ease the burden on your wallet.

The GTX 1080 Ti is for those of you who don’t mind splurging. It’s a beefy GPU and will easily handle most of what you care to throw at it. If you’ve got your heart set on a top-of-line set up, and have the funds to make it happen, the GTX 1080 Ti is worth the investment.

The 10 series is used in our round-up of the

Shabana was born looking like a girl wearing a Pikachu hoodie, so when such things became popular, she fitted right in. She writes guides, reviews and features for GR+ when she isn't screaming at Dark Souls 2 on YouTube.