Digital transformation efforts by the Vietnam Social Security (VSS) have helped provide chip-based ID cards for health insurance at more than 4,000 medical facilities across the country. Over the years, VSS has improved its operational efficiency through IT applications to cater to 88 million people with health insurance. According to the Vice Director of VSS’s Information Technology Centre, VSS has been developing a national insurance database, while also sharing population data. 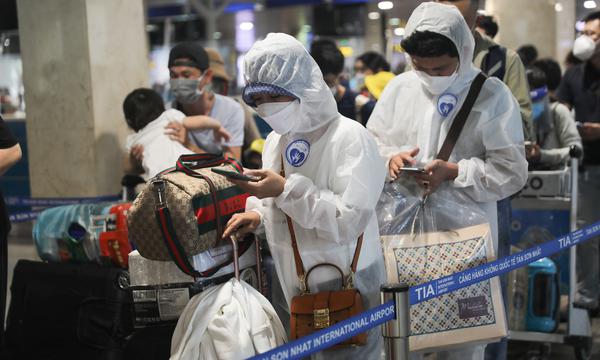 The work is scheduled for completion by the end of 2022. In February, the Ministry of Health asked the health departments of localities and medical facilities across the country to pilot the use of chip-based ID cards for health check-ups and treatment services covered by health insurance. On 1 March, VSS started to implement the scheme in all of its branches nationwide.

The state aims to build an e-government, hoping to digitally transform its key operations, under the national digital transformation programme approved in 2020. Earlier this month, the Ministry of Information and Communications (MIC) issued electronic identification (eID) codes for its agencies and units. As reported by OpenGov Asia, the ministry gets the eID Level 1 code and the advisory units (the office, inspectorate, and authorities of the ministry) are issued Level 2 codes. Level 3 is for its departments and their subordinate centres, and Level 4 is for the Institute of Post and Telecommunications Technology and its subordinate units.

MIC has already launched a national data exchange platform (NDXP) to help connect, integrate, and share data among ministries, sectors, and localities nationwide. All 22 ministries, ministry-level agencies, and 63 provinces and cities are now connected with the NDXP. In the first quarter of 2022, more than 134.5 million transactions were made on the NDXP, surging 24-fold from a year earlier, according to MIC.

Furthermore, the National Committee on Digital Transformation has approved a plan to increase the rate of online public services to 80%, the rate of administrative procedures dossiers processed online to 50%, and the rate of digitisation of dossiers and results of administrative procedures to 100%. Also, it will increase the rate of reports made online by state administrative agencies to 50% as well as the rate of state agencies providing full open data by category to 50%. There are 18 tasks assigned to the committee’s members, which include universalising smartphones, electronic identities, and broadband fibre optic cables. The committee will enhance network information safety and security, develop electronic health records, support online teaching, and digitally transform small and medium-sized enterprises.