If you're a Verizon customer who loves Windows phone and isn't phased by Microsoft's lack of focus when it comes to Windows 10 Mobile, we have some good news for you. Microsoft is now officially selling the

with Verizon support for $599 at the Microsoft Store!

, HP has been working on getting a Verizon model of the Elite x3 out for sale. This is a device that's aimed primarily at business customers, however, consumers or fans are welcome to purchase this device from Microsoft if they wish.

The HP Elite x3 supporting Verizon makes this the first Windows 10 Mobile-shipped device to do so. Previously, the only Windows 10 Mobile handsets to support Verizon were older devices that were upgraded from Windows Phone 8.1.

Unfortunately, to many, the HP Elite x3 with Verizon is a device launched 12 months too late. Windows 10 Mobile itself is a dead platform walking, with no new consumer features or hardware in the plans for release.

What's more, the Elite x3 is old, sporting a Snapdragon 820, 4GB RAM and 64GB internal storage. While still the most powerful Windows phone, it's no longer the running the latest flagship specs available on other platforms.

If none of this phases you, the HP Elite x3 on Verizon is

Head to the Microsoft Store and check it out if you're crazy enough. 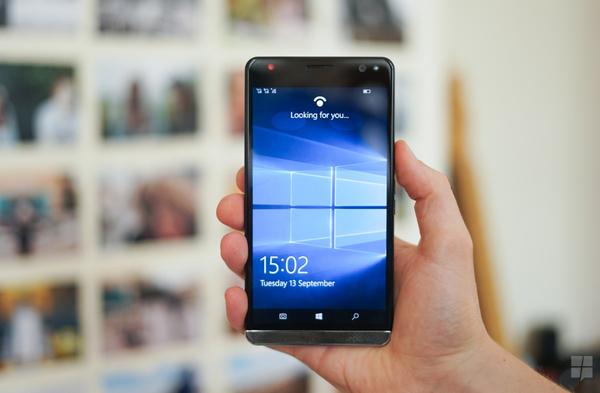 We may earn a commission for purchases using our links.

Forza Horizon 5 is official, and it's one of the most visually impressive games we've ever seen. We've done our research and gathered every scrap of information we could find. Here's everything you need to know about Forza Horizon 5, launching on Xbox and PC on Nov. 9, 2021.

The latest stream for Forza Horizon 5 has just concluded, and it showed excited fans a ton of new gameplay in the newly revealed 2020 Toyota Supra GR, and even showed off the full map in its entirety.

So so so light

Review: XPG's Xenia 14 is the best laptop so far from the new PC brand

It's lighter than LG's gram and it has a very competitive price. The Xenia 14 is an all-around impressive 14-inch Ultrabook that shows XPG isn't going away.

The best pre-built PCs you can buy to play Skyrim: Special Edition

Skyrim: Special Edition requires some considerable PC specifications for a smooth experience, especially if you plan on modding. Luckily, with a desktop PC, you can buy pre-built systems and upgrade internal components at a later date.