AUBURN — In front of a standing-room only crowd inside the Norman E. Yoder Council Chambers, the attacks got personal as the Auburn Common Council took up the issue of a proposed utility service board on second reading.

Council President Matthew Kruse took to name-calling and insults during a 15-minute lecture on why it is in the city’s best interest to go in the direction of a utility service board. During his speech, Kruse called Auburn Mayor Mike Ley a dictator and an authoritarian tyrant.

“My bottom line is the mayor’s authoritarian leadership style is damaging the city, and will cost us a vital utility in AES that is a great community asset,” Kruse said.

During the speech, whispers could be heard within the audience as several members gasped at some of the lines being delivered by Kruse. The gasps continued with those people who were on the side of Kruse and the vast majority of the council during the speech.

Kruse opened his speech by saying the mayor and board of works and public safety took 30 minutes to explain their side of the political feud during the Jan. 14 board of works meeting.

“I will try to do it in at least half that time,” Councilman Kruse said. “As a council, we were asked to take the high road and not get into all of the details of our issues with the mayor so community leaders could talk with the mayor and ask him to step down or not fight the formation of this utility service board.”

Kruse went on to say the mayor has chosen to refuse the guidance and has taken this personally, despite what is best for the community. The council is concerned with the big picture and what it means long-term for the city.

“When a CEO is driving the bus off the cliff, we are forced to act because we aren’t going over with it,” Kruse said.

After Kruse’s speech, Mayor Ley said, “If you don’t call that personal, I don’t know what you would ever call a personal attack on a person. This is a power grab by the council to undo an action by the mayor.”

Kruse presented the new ordinance to Ley and other members of the council on Dec. 28, 2021, only days before the new year. During the Jan. 4 meeting, the ordinance passed 6-1 with Mike Walter — the lone Democrat on council — voting “no” on the ordinance.

After nearly an hour of conversation Tuesday night, the ordinance again passed by a 6-1 vote with Walter again casting a “no” vote. 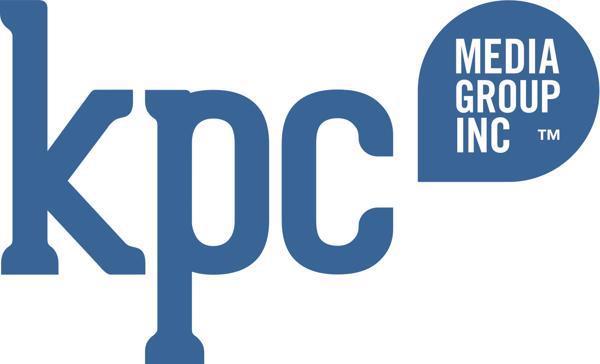 Before the vote, Walter took the side of the mayor and lashed out at Kruse for his comments during his speech.

“I think if this were in a court of law, I would have found time to object to the personal comments by Mr. Kruse attacking the mayor,” Walter said. “I found it very objectionable. There is something about this that seems to be extremely nasty.”

The 6-1 vote has set up a legal fight between the mayor’s office and city council, as the mayor now has the option to veto the ordinance, sign it or do neither — which essentially vetoes the ordinance. If the ordinance is vetoed, it will go back in front of the council for a veto override vote — which takes a two-thirds vote by the council.

After Tuesday night’s meeting, Ley said he wasn’t going to immediately veto the ordinance and that he was going to give it a few days to see what plays out.

Ley reiterated his stance on the ordinance during Tuesday night’s meeting, pledging to take the issue to DeKalb County Superior Court for a declaratory judgment declaring the ordinance null and void of legal standing. The plan from there is to put the issue up for a vote by city residents in the form of a referendum.

Ley said he currently has close to 300 signatures on the petition.

Before the vote, Kruse presented an amendment to the original ordinance, which put control of the information services department back under the umbrella of AES and Auburn Electric. The amendment was approved 6-1.

The ordinance was brought forth by Kruse because of what he calls questionable decisions by the board of public works and safety and the mayor.

Included in the objection was the recent firing of Chris Schweitzer, supervisor of AES, Auburn Electric and the information technology/services department. The council also pointed to a multi-year electric contract, which was signed by the board of works and public safety several years ago setting utility rates in the city — which are the highest in the state.

During Kruse’s speech, he refuted the claims of the board of public works and safety and mayor’s office.

Stating that the issue wasn’t personal for him or other members of the council, “This is about best business practices and governance, specifically making a change in oversight which is needed,” he said.

He said the mayor has refused to work with the council on several issues over the past year.

“We have been forced to act now, not because the mayor fired the general manager of AES, Auburn Electric and information services, but because the mayor acted rationally before firing Chris and has no succession plan,” Kruse said.

Ley said Schweitzer was fired over a human resource issue, something that deeply saddened him.

Ley believes the three departments should be back under the management of separate department heads, like what was in place before 2017.

“It is a mistake to have one person managing three city departments,” Ley said during his speech on Jan. 13. “That is, to have three departments under the management of one person. In my view, that was a poor decision that has exposed three departments to uncertainty should a single person be removed from the position, quit or die.”

“If Chris had left the city on his own, we wouldn’t be trying to change the government system or if another department head had left,” Ley said.

During discussion on the issue, council members Jim Finchum and Kevin Webb both threw their support behind Kruse. Council members Denny Ketzenberger, Natalie DeWitt and David Bundy had no comment on the ordinance for or against, only simply voted in favor of the motion.

“Councilman Kruse had some things, which are reasons why I am voting for this,” Finchum said. “There are HR issues and executive session things I would like to disclose but I can’t. We are in critical times for one of them I believe and to not have a plan and to go four weeks without replacing the electric department chair I think is not responsible. We are at a critical time with that, from conversations I have had outside of here.”

Councilman Webb said unfortunately the issue has gotten personal on both sides.

During a short public comment portion, only one person spoke for or against the formation of the utility service board.

Megan Hill, business operation manager for AES, spoke about the issues her department has faced over the past year.

“For 15 of my 16 years I have proudly served AES, however I say 15, because this past year has been one of the most challenging as a dedicated city employee,” she said.

She said what has transpired over the past 10 months has left a lot of uncertainty in her department and many employees fearing for their job. She pointed to several issues with the mayor as the reason for the uncertainty.

Two amendments changing the city’s municipal code were also approved on second reading. The first changes the appointment of the AES department head, giving the utility service board sole control. The second moves information services under control of Auburn Electric and AES.

Get email notifications on {{subject}} daily!

Email notifications are only sent once a day, and only if there are new matching items.

There was a problem reporting this.

Welcome to the discussion.

Keep it Clean. Please avoid obscene, vulgar, lewd,racist or sexually-oriented language.PLEASE TURN OFF YOUR CAPS LOCK.Don't Threaten. Threats of harming anotherperson will not be tolerated.Be Truthful. Don't knowingly lie about anyoneor anything.Be Nice. No racism, sexism or any sort of -ismthat is degrading to another person.Be Proactive. Use the 'Report' link oneach comment to let us know of abusive posts.Share with Us. We'd love to hear eyewitnessaccounts, the history behind an article.

We're always interested in hearing about news in our community. Let us know what's going on!

Have you had COVID?