These are some of the terms frequently invoked in the nation’s capital when it comes to the growing use of automated decision-making by social media and other technology companies and its impact on the lives of millions of people in the US and globally.

Congressional concern over these issues has recently ramped up in the wake of the fall 2021 testimony by Facebook whistleblower Frances Haugen and the subsequent release of the “Facebook Papers,” a trove of documents revealing the company’s own internal research findings on the platform’s political and societal effects.

How platforms use algorithms to target users with specialized content is an issue receiving bipartisan attention in both chambers of the Capitol. Whether that uptick in consideration will translate into concrete statutory action remains to be seen, but the volume of new legislation and interest on the topic does increase the likelihood that some sort of legislative action will be taken this year.

One trend is emerging from recent hearings and the legislation piling up in the hopper: many elected officials (and their staffers) are becoming more familiar with how social media companies operate as a business model and increasingly understand the implications the technology is having on consumers.

In recent years, members of Congress sometimes seemed out of place when confronting the leaders of technology companies at high-profile hearings. The characterization was always somewhat unfair, as a cadre of lawmakers has for some years been brainstorming about the implications of AI and warning their colleagues and constituents about the need to create a regulatory regime – essentially from scratch. That corps of engaged and knowledgeable lawmakers is growing ever larger.

While it is still to be determined precisely what form the nascent regulatory regime takes, it is a safe bet that businesses will have to be prepared for new compliance responsibilities and transparency requirements. 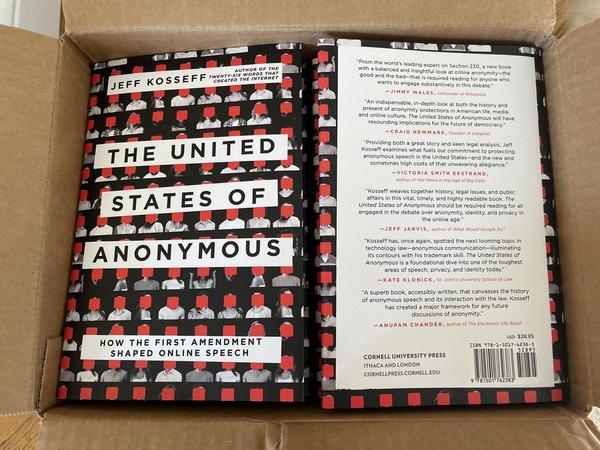 Through 2021, more than 30 bills were introduced in the House and Senate with a prominent focus on the regulation of algorithms. And that doesn’t include countless additional references to algorithms, AI, machine learning and automated decision-making embedded in a wide range of appropriations and authorization bills, a reflection of the prevalence of these technologies in so many domains.

Two of the features that many of the 2021 legislative proposals have in common are:

Expanded role for the FTC. In the preponderance of proposals, the Federal Trade Commission is the agency charged with enforcing the provisions of the legislation and promulgating regulations, given its responsibilities over consumer protection and promotion of competition. For example, bipartisan Senate legislation announced on December 9 (but not yet introduced), the Platform Accountability and Transparency Act (PATA), would require social media companies to provide vetted, independent researchers and the public with access to certain platform data. Under the draft bill circulated by the Senate sponsors, companies that fail to comply would be subject to enforcement from the FTC and face the potential loss of immunity under Section 230 of the Communications Decency Act. Additionally, the bill would give the FTC the authority to require that platforms proactively make certain information available to researchers or the public on an ongoing basis, such as a comprehensive ad library with information about user targeting and engagement.

Section 230 reform. The aforementioned provision in the 1996 Communications Decency Act generally provides immunity for website platforms that publish information from third-party content. Legislators from both parties have called for Section 230 to be altered or overhauled in response to recent events, though the issue is often approached from different ideological perspectives by representatives of the respective political parties.

As suggested above, many of the bills in the House and Senate that have been proposed to regulate how algorithms are used and controlled have been sponsored by the chairs and ranking minority members of the most influential committees of jurisdiction, enhancing the chances that at least some of these initiatives have a genuine chance of enactment. In addition to the bills cited above, here is a look at just a few of the growing number of proposals that are currently pending in the House and Senate.

In addition, legislation known as the Algorithmic Accountability Act of 2019, introduced in the previous session of Congress in the House and Senate, represented one of one of the most extensive regulatory approaches to AI ever introduced at the federal level. The proposal required specified commercial entities to conduct assessments of high-risk systems that involve personal information or make automated critical decisions, such as systems that use AI or machine learning. These include decision systems that may contribute to inaccuracy, bias, or discrimination or may facilitate decision-making in all sectors about sensitive aspects of consumers’ lives by evaluating consumers' behavior. The bill failed to advance in the previous Congress, but its sponsors have indicated they are planning to reintroduce the measure in the near future.

With so many potential regulations and laws on the horizon, it is challenging to predict which will come to pass. But what emerges as a constant theme across these efforts, from both sides of the aisle, is the increased attention on algorithms and the growing role they play in our lives. Companies adopting such technologies would be well advised to expect some form of regulation, likely through FTC and other agencies with overlapping jurisdiction, and design in advance toward best practices of representative data, controls against bias, and industry standard testing, validation, and total product lifecycle monitoring and validation. DLA Piper will continue to monitor these developments on the Hill, in the common law, and across industries to guide its clients forward.