Home » Technology » Union Budget 2022-23: Where does renewable energy fit in this year?

The world is swiftly turning to renewable energy. From electric vehicles to solar cells, there is a realisation that excessive reliance on fossil fuels to power economies may not be sustainable.

Thus, ‘green’ has become a buzzword. India is also boosting its green energy production through wind, solar and hydro projects, in addition to reducing its dependence on fossil fuels.

Budget 2022-23 offers much to look forward to. The government has already set a goal to achieve 500 gigawatts (GW) and 50 per cent non-fossil fuel energy share by 2030. This is backed up with a pledge to achieve net-zero emissions by 2070, implemented at the global climate meet in Glasgow last year.

Governments are well aware that in order to achieve these ambitious targets, the renewable energy sector needs substantial financial assistance in the form of targeted subsidies, import tariff restrictions, interest-free loans, improved tax structures and careful policy framing for both, the states and power distribution companies or discoms.

Solar and wind tariffs have been negatively affected by the increase in the goods and services tax (GST) to 12 per cent from from 5 per cent on specified renewable energy devices and parts, post October 2021. Combined with the proposed Basic Custom Duty (BCD) on solar equipment from 1 April 2022, this will only hurt renewable energy developers further.

The government will send the wrong message to industry and consumers by imposing a 5 per cent GST on coal and a 12 per cent GST and BCD of 40 per cent on solar equipment.

Additional government financial support is required to increase the uptake and development of new energy technologies such as battery storage, green hydrogen, hydro, offshore wind, and so on. This is to be doneby reducing customs duties on renewable energy equipment such as batteries and electrolysers.

The government will build on new energy initiatives already implemented in 2021 as a response to the COVID-19-induced crisis and to boost economic growth. 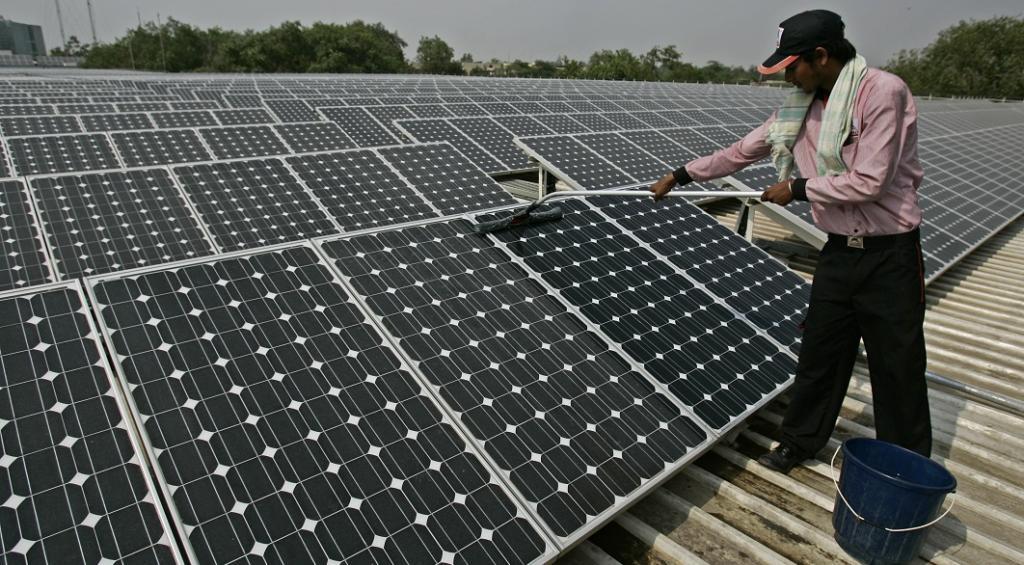 Among them are the production-linked incentive (PLI) schemes for renewable energy, including batteries to boost domestic manufacturing, greening of the Indian railways, priority sector lending for renewable projects and providing additional capital to the Solar Energy Corporation of India and the Indian Renewable Energy Development Agency (IREDA).

The bid received a great deal of attention from the solar industry, forcing India’s government to increase the solar module manufacturing PLI by an additional Rs 19,000 crore.

In Budget 2022-23, it is hoped that the PLI scheme will include polysilicon, wafers and ingots as well, to ensure backward integration. This would reduce India’s reliance on imports throughout the value chain.

It is imperative to reinstate 80 per cent accelerated depreciation for the solar industry, make the National Clean Energy Fund available to solar manufacturing firms and provide interest subventions on term loans and working capital as well as upfront Central Financial Assistance on capital expenditures.

While the government continues to support this sector, more can be done.

It is anticipated that the government will attempt to reduce its fiscal and current account deficit, giving domestic manufacturing a huge push to reduce its reliance on expensive fossil fuel imports.

Electricity used in electric cooking can be generated through renewable sources and the devices can be manufactured in India. Thus, the import dependence would reduce drastically, especially on liquified petroleum gas. Switching from fossil fuel to electric fuel for cooking can save Rs 8 lakh crore, according to the ‘Go Electric’ campaign.

“The government should recognise the power of the ‘surplus electricity nation’ tag and strengthen the Go Electric campaign with an enhanced focus on electric cooking and with a budget Rs 50,000 crore,” Vimal Kumar, programme director of Finovista, a New Delhi-based organisation and a country partner for the Modern Energy Cooking Services Programme in India.

Solar and wind power are now more cost-competitive than coal and natural gas generation. Yet battery storage, which is critical for increasing the use of renewable energy in the grid, remains an expensive technology.

For new energy storage projects as well as emerging green hydrogen or offshore wind projects, the government must provide vital viability gap funding. Once these technologies are more established, the government can let the market decide prices.

To add to that, the transmission and distribution networks will soon require strengthening. The government should urgently plan to modernise and digitalise the transmission system for better integration of new renewable energy capacity into the grid.

Shravan Sampath, the chief executive of Oakridge, a rooftop solar installation company said: “Rooftop solar is at the mercy of discoms and the tyranny of the discoms needs to be ended once and for all.”

Another major recommendation from various industry bodies is to tap the residential sector for creating rooftop solar capacity. It said formulating a credit guarantee scheme will go a long way in making solar roofs and mini-grid attractive and mitigating risk factors.

Solar rooftop installation in India is lagging behind the 40 GW target by 2022. Solar capacity on rooftops has largely been provided by industrial, commercial, and institutional sectors.

The Budget 2022-23 could provide the necessary financial and technical support for India to continue its proud history of renewable energy.

India's ability to meet its renewable energy targets will be determined by the level of government financial and policy support for newer clean energy technologies.

We are a voice to you; you have been a support to us. Together we build journalism that is independent, credible and fearless. You can further help us by making a donation. This will mean a lot for our ability to bring you news, perspectives and analysis from the ground so that we can make change together.

Comments are moderated and will be published only after the site moderator’s approval. Please use a genuine email ID and provide your name. Selected comments may also be used in the ‘Letters’ section of the Down To Earth print edition.