U.S. News published its 2022 rankings of online college programs today. This year’s rankings include more than 1,700 online bachelor's and master's degree programs, an increase from the approximately 1600 rated last year.

About 400 institutions were evaluated in this general category, and several individual online undergraduate majors are also ranked. Among the Best Online Bachelor's Programs, Embry-Riddle Aeronautical University—Worldwide and the University of Florida tied for first. They were followed by:

Online masters’s programs in several different fields are also ranked. Their rating methodology is similar to that used for the undergraduate programs, but the factors and their weightings vary from field to field. Here are a few examples. 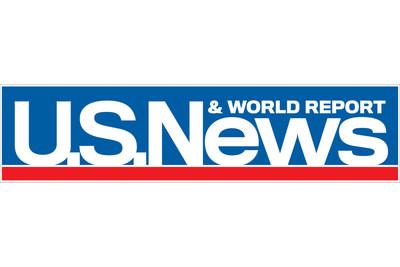 Columbia University claimed to top rating for Master's in Engineering Programs, followed by UCLA, Pennsylvania State University and Purdue University (tied for third), and the University of Southern California in fifth place.

The popularity of online programs continues to be strong, despite the rocky reception that online classes initially received as many colleges were forced to pivot to their use during the pandemic.

“The uncertainty caused by the pandemic may result in more people considering the merits of an online education,” Liana Loewus, managing editor of education at U.S. News, said in a statement. “As students consider what’s right for them and their schedules, they can use the data provided by U.S. News to research their options and make informed decisions about their academic future.”

In fall 2019, about 7.3 million undergraduate students enrolled in at least one distance education course at degree-granting postsecondary institutions. More than 3.4 million were enrolled exclusively in online classes, according to the National Center for Education Statistics.

The advantages of such delivery are numerous, particularly for adults, students who work full-time, and those with family responsibilities. Despite the fear of many students and faculty alike that online education generally does not measure up to the quality of in-person classes, students in online programs typically earn the same degree as on-campus students, and the curricula for an online bachelor’s degree is usually very closely aligned with that of the on-campus program.

In addition to the scheduling advantages, students can often save thousands of dollars by pursuing an on-line degree. According to U.S. News, the average per credit price for online programs at the 198 private colleges reporting to it for the 2021-2022 academic year was $513. This cost was much lower than the average per-credit tuition for on-campus programs at ranked private colleges, which was $1,287, for the 628 colleges that reported this information.