Twitter quit taking action to try to limit the spread of lies about the 2020 election, the company said on Friday -- a day after another social media platform, YouTube, removed a Republican congressman's campaign ad because it included a 2020 lie.

Twitter spokesperson Elizabeth Busby told CNN on Friday that "since March 2021," Twitter has not been enforcing its "civic integrity policy" in relation to lies about the 2020 election. That was the policy under which the company had suspended or even banned users for lying about the 2020 election, affixed fact-check warning labels to tweets containing such lies and limited others' ability to share those inaccurate tweets.
The civic integrity policy still exists, Busby said in an email, but it is "no longer" being applied to lies about the 2020 election in particular. Busby said that's because the policy is designed to be used "during the duration" of an election or other civic event, and "the 2020 U.S. election is not only certified, but President Biden has been in office for more than a year." 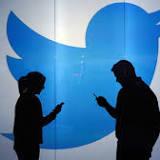