Tortola, British Virgin Islands, Sept. 29, 2021 (GLOBE NEWSWIRE) -- Smart contracts have been one of the biggest components of the crypto/blockchain space ever since Ethereum introduced them in 2015. Since then, countless projects have emerged trying to offer this same feature, copy Ethereum, and try to attract developers and users and become the next big thing in crypto.

The problem with smart contracts, however, is that they used to be very difficult to create. You couldn’t just get one like selecting a form to fill out at the bank, provide the necessary information, and have the show on the road.

Instead, every smart contract needed to be created individually, which required technical knowledge. Naturally, since this is an all-digital environment, that meant knowing how to code.

Of course, coding is very widespread today, and every developer knows how to code to a certain extent. Some are better than it, some aren’t as good yet, but the fact is that they all know the basics. But, for some chains that came up with their own coding language, that meant learning a whole new programming language, so you couldn’t just employ any developer — you had to seek out those who were versed in blockchain technology.

For companies who could leverage blockchain's tech through smart contracts - where their specialty isn't technology - this idea is even further out of reach.

These days, the situation is significantly better. A lot more people have educated themselves in the ways of blockchain technology, while blockchain has adapted itself by allowing coding in languages that many developers were already familiar with. Still, in order for the use of blockchain and smart contracts to go mainstream, things need to be simplified even further, and that is what Transient Network is planning to do. 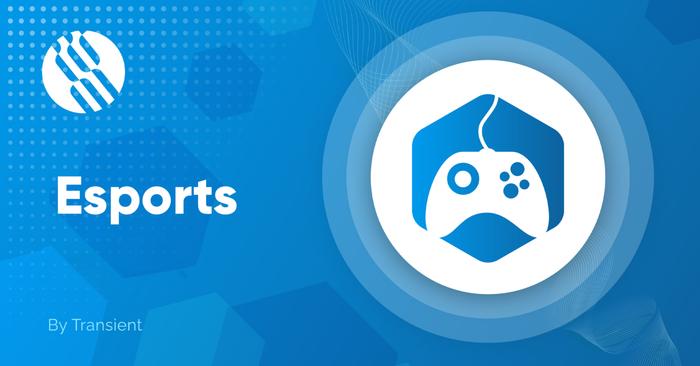 What is Transient Network and what does it do?

Transient Network calls itself the Amazon of smart contracts, and that is exactly what it wishes to become. It is a young but rapidly growing ecosystem, built from the ground up, with the goal of facilitating and increasing blockchain adaptation across every sphere of industry, and more importantly — our everyday lives.

The project has a series of goals, all of which revolve around smart contracts. It decided to help increase their adoption by making them code-free, thus removing the need to rely on developers so much. It also aims to deliver their seamless integration, so that businesses would be encouraged to start using them without having to experience any difficulties.

It also wishes to make them as useful and as universal as possible, which is why it also focuses on their interoperability. Their diversity is also a major focus of the project, hence the nickname of ‘The Amazon of Smart Contracts’ that the project gave to itself.

Smart contracts also need to be useful for the real world, which is another major goal of the company. And, finally, it wishes to make them better than ever before, which is why it is working on creating next-gen contracts.

Transient aims to have its smart contracts used in every aspect of crypto and real-world alike, from use in crypto markets to medical industry, real estate, logistics, entertainment, banking, procurement, law/legal, gambling and casinos, digital influencers, advertising, eSports and more. ESports will benefit greatly from the upcoming TSC-eSports dApp that is in development and will soon be available. TSC-eSports is an ecosystem of P2P market creation of your favourite competitions and a number of services relating to facilitating eSports competitions and team management — taking social betting and content driven experiences to the next level.

Each of these sectors — as well as many others — can be improved or even fully revolutionized through the use of smart contracts, and blockchain technology, in general. However, in order for that to happen, contracts first need to be easy to use, which is a major barrier for businesses. Crypto businesses are already using them, of course, since they are just another product of the blockchain. However, their implementation into traditional finance and non-finance industries requires a bit of convincing.

So, the best thing that can be done is to make smart contracts as easy to use as possible, as useful as possible, and make sure that it can open as many new doors as possible. That’s what Transient is all about, aiming to serve everyone, from individuals to mega-corporations, from freelancers to well-established businesses. In doing so, it wishes to help speed up the change that will ultimately come, impact the whole world, and make our technology work for us in the most productive and efficient way possible. All the use cases and new releases are detailed on Transient Network company website. On their Medium you can find information about their upcoming IDO - which is basically the IPO of the crypto world