Georgian Partners has agreed to lead a US$100-milllion financing of Toronto startup Xanadu Quantum Technologies Inc. that would value the quantum computer developer at US$1-billion, including the funds raised.

The sources said the financing isn’t finalized but that investors have committed the majority of funds Xanadu is seeking at the terms set by Georgian, Canada’s largest growth equity investment firm. The round, once completed, would value Xanadu at 2 1/2 times its valuation on paper a year ago.

The Globe and Mail is not identifying the sources because they are not authorized to comment on the deal. Xanadu chief executive officer Christian Weedbrook and Georgian declined to comment.

Earlier this year, fellow quantum computer developer D-Wave Systems Inc. of Burnaby, B.C. said it would pursue a public listing on the New York Stock Exchange through a merger with a special purpose acquisition company, or SPAC. D-Wave said in February it had agreed to combine with New York Stock Exchange-listed DPCM Capital Inc., which would value the combined company at US$1.2-billion.

Under the deal, D-Wave would access up to US$300-million in gross proceeds held by DPCM – subject to redemptions by the SPAC’s shareholders. It would also obtain fresh financing through a $40-million private placement from D-Wave’s existing and new investors, including Canadian pension fund PSP Investments, Japan’s NEC Corp., Goldman Sachs Asset Management, New Jersey-based Yorkville Advisors and Aegis Group Partners. 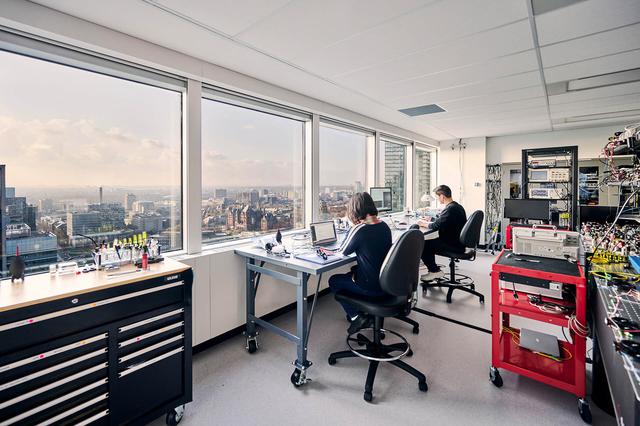 Another quantum computer developer, IonQ Inc., made a similar move last year. The College Park, Md.-based startup began trading last October after its SPAC merger, which valued the company on paper at a US$2-billion valuation, though IonQ stock has since fallen sharply.

And another quantum computer developer, Berkeley, Calif.-based Rigetti Computing Inc., completed its public listing through a SPAC deal in March only to see its stock plummet as well.

Xanadu is one of the upstart companies in the global race to develop the world’s most powerful computers by harnessing the power of subatomic particles to perform calculations that would take current supercomputers millenniums to run. Industry players believe quantum computers could eventually offer powerful new ways to help with drug discovery, materials science, financial risk modelling and other applications.

Interest in quantum machines has been heating up even though most are still little more than sophisticated science projects whose results have yet to reach the point where they can deliver on their long-held performance of delivering “quantum supremacy,” or performance superior to that of conventional supercomputers.

D-Wave and many rivals, including IBM, are developing machines that contain quantum chips that must be cooled to temperatures that are colder than deep space to function. Xanadu and others are bringing newer approaches.

Xanadu and PsiQuantum Ltd., for example, are trying to draw their computing power from light. Xanadu uses a process called “squeezing light” by firing lasers that enable light particles to generate quantum effects on thumbnail-sized chips. IonQ and Honeywell International Inc., by contrast, are developing “trapped ion” technology that would draw power by creating charged ions from a rare-earth metal.

Xanadu’s method, based on Mr. Weedbrook’s PhD thesis at Australia’s University of Queensland, happens at room temperature, and he has said that with further development the company can cut out supercooling, which is still required for a part of the process, altogether.

Without supercooling – an elaborate undertaking – Mr. Weedbrook has said Xanadu can develop machines quicker and cheaper than other quantum computers and eventually shrink its chips enough that they could fit in small devices. D-Wave’s computers are housed in shed-sized boxes.

Quantum computing is still early in its development. Some skeptics believe it will take many years and billions of dollars to develop functional, commercially successful machines that live up to their hype, if they ever can.

For now, Xanadu offers a handful of clients online access to its early machines and has created open-source software tools for developers to work with quantum computers. It is also designing and selling quantum computing hardware to universities, government labs and corporate customers to help fund its development. Mr. Weedbrook estimated in 2021 that the company was five years away from reaching a significant commercial scale.

Your time is valuable. Have the Top Business Headlines newsletter conveniently delivered to your inbox in the morning or evening. Sign up today.