Thousands of Time Warner Cable Inc. customers who bought their own modems for high-speed Internet service could end up paying to rent one anyway after Charter Communications Inc. completes its proposed purchase of the company.

Charter is the only major pay-TV provider that bundles the rental fee for a cable modem into its price for Internet service, so there’s no discount for customers who buy their own device.

Its unusual policy could have a major effect in Los Angeles, where the company is set to become the dominant pay-TV provider with about 1.8 million subscribers.

In the coming months, federal regulators are expected to approve Charter’s $56.7-billion purchase of Time Warner Cable, as well as a separate $10.4-billion acquisition of Bright House Networks, deals that would make Charter the nation’s third-largest pay-TV firm with more than 20 million subscribers.

A leading manufacturer of retail cable modems, Zoom Telephonics Inc. in Boston, wants the Federal Communications Commission to reject the deals because of the cable modem policy. And if not, Zoom wants a condition for approval to require that Charter separate its cable modem rental fee so customers who buy their own devices can get a break on their bills.

“By combining the prices, Charter’s customers are deprived of the ability to purchase advanced cable modems and save the cost of monthly rental fees,” he said.

An earlier version of this article stated that Charter Communications Inc. typically charges $4 to $12 a month to rent a modem. That’s the range industrywide. Charter does not charge a rental fee, but the modem cost is included in the overall Internet service fee.

Cable modems can be purchased from retailers for $50 to $100, so customers can recoup the cost in a year or less if they don’t have to pay a rental fee.

Device rental fees are a major source of income for pay-TV providers. About 99% of the nation’s 100 million pay-TV subscribers lease a set-top box for $1 to $12 a month, generating about $19.5 billion a year in revenue, according to carriers’ responses to a survey by two U.S. senators last summer.

SIGN UP for the free California Inc. business newsletter >>

Cable modems are easier to buy than set-top boxes because they generally work on any network. 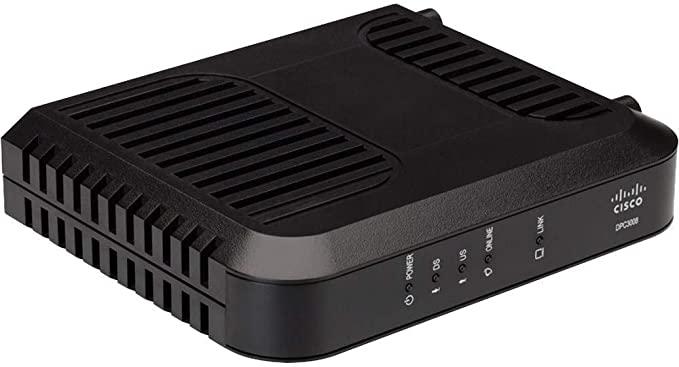 Charter disputes Zoom’s interpretation of the Communications Act, saying the law only requires separate pricing for set-top boxes, not cable modems. Charter told the FCC that its prices for Internet service, including the modem, are “competitive with, and in most instances lower than” what other providers charge without the rental fee.

Charter said it has bundled the cable modem into its Internet service price since 2012 because it doesn’t want to surprise customers with added costs. Other providers add the rental fee on top of the service price.

Charter’s website tells customers that “you are offered a compliant modem without any additional charge,” though it doesn’t mention that the cost already is incorporated in the overall service price.

“Customers will benefit from Charter’s pro-customer and pro-broadband model with transparent billing policies,” said Tamara Smith, a Charter spokeswoman. “It features straightforward, nationally uniform pricing with no data caps, no usage-based pricing, no modem fees, no early termination fees and does not pass on federal or state Universal Service Fund fees to customers.”

With different promotions, speed categories and fees for other equipment, such as set-top boxes, it’s difficult to compare prices.

“It is by no means clear that Charter’s prices are cheaper,” Schwartzman said. “And even if they were, their system produces a disincentive for customers to go out and use the retail market.”

Charter said that Time Warner and Bright House customers who want to stick with their existing plans would be allowed to after the acquisition deals are approved. But Charter expects most customers to switch to its plans because of generally faster speeds and competitive pricing.

Schwartzman said it would be difficult to stay on existing plans with the cable modem discount after Charter takes over because any change customers make in services would require them to switch to a Charter plan.

“Over the course of a couple of years, almost all of the Time Warner and Bright House customers are likely to find themselves switching to a different plan and losing this discount,” he said.

In addition, Charter doesn’t include a Wi-Fi router in its cable modems as some other providers do, Schwartzman said. So customers could save money by buying a combined modem and wireless router if the rental fee were separated on their bills, he said.

But Charter said the wireless Wi-Fi router could share the same processor as the modem.

Last year, Charter began certifying modems that could be used on its network. The company lists 22 models from six manufacturers on its website. No Zoom models have been certified, though the company is still working to get them approved.

Energy stocks lead a rally as the price of oil climbs