Home » Technology » Three Trends All Leaders Should Know About AI

I recently read a book called The Age of AI. The book was intended to provide an overview of the approaching trends for artificial intelligence (AI). The purpose of this article is not meant to provide a book report, but rather to share with you what I am learning about AI. I’d like to share with you three key themes I am learning about that might improve your upcoming dinner party conversation or spark an idea that you can use in your work or industry. I’ll divide these three themes into topics, trends and timing.

Whenever I learn about a new concept, I like to have an example or a story that I can relate to (clearly, I’m not as smart as an AI robot). While there are many examples of how AI is being used, I’m drawn to this story. It is about a chess-playing robot named Alpha Go Zero. You see, Alpha Go Zero was different than the chess robots created before it. Those other robots were taught specific moves by human experts (gameplay and best practices). The Alpha Go Zero robot was only provided the rules of chess and used AI to optimize wins. The robot taught itself by playing itself in about four hours and quickly went on to beat the world’s greatest human player and then the world’s greatest robot players. It even performed moves that humans would never consider — including sacrificing the queen to get a win.

Playing chess and taking over humanity are two very different things, but I think we need to focus on what benefits are available for humans rather than just the doom and gloom. 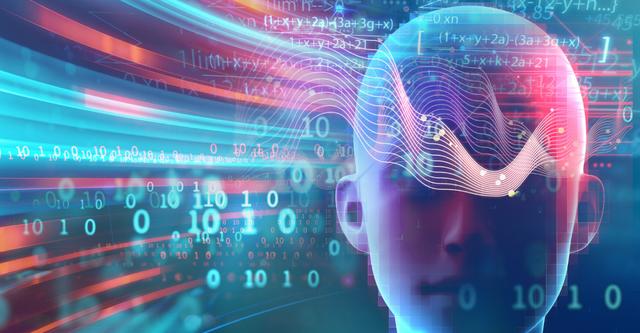 One of the questions many tech leaders ask is, “When does AI need to be applied?” This question wasn’t as common even a few years ago but is now being considered much more often. Mike Mendelson is an educator at NVIDIA. He is working to help software developers understand this very question. As software developers become more informed about the benefits of AI for each project or effort, it helps change the possible solutions to solving a problem.

One of the challenges in using AI is that it isn’t as good at either creativity or compassion as people. These traits are human traits, which are difficult for AI to learn. AI is a created machine and does not have morality or feelings. Which begs the question, what is AI good at then? AI is best in two areas:

• The first is called “reinforcement learning.” Meaning, the AI is provided rewards and punishments for certain actions. An example of this is the chess-playing robot. Wins were good, losses were bad — and ties were fine as long as it limited losses.

• The second is called GAN, or generative adversarial networks. This allows computer algorithms to create rather than just be given rewards or punishments. An example of this is in AI that helps improve safety and efficiency in large warehouses. One of its goals might be to prevent accidents for forklift drivers. The AI might be able to detect up to 150 events per second. Meaning, it can see if the driver is distracted or is going at too high a rate of speed. The device uses cameras to infer and make predictions about what might happen. As it learns over time, it also provides efficiency recommendations — perhaps there are better routes for the drivers to take, or certain boxes are being moved more than once.

One of my first reactions to the chess story was concern: If an AI robot can beat the best human player at chess, what else could it do? Last year, Oxford University surveyed 352 machine learning experts to ask them, “When will AI exceed human performance?” The survey was recently conducted, and the results show what could be next for the timing of AI.

• By 2026, AI will be capable of writing a college-level school essay better than a human (see the end of this article for a fun example).

• By 2027, AI will render human drivers redundant other than the last mile (similar to air travel 20 years ago).

• By 2031, AI will outperform humans in the retail sector by providing targeted purchasing recommendations to consumers (humans are still better currently).

By 2137, AI will be able to do all human jobs better than humans (including programming and reasoning).

As a fun way of closing out this article, I’ve invited an AI robot to help finish out the article. There is a website that allows you to put in at least two paragraphs of text and the robot will finish it out. That being said, it will be all AI from here on out, so let me know what you think in the comments below.

Essentially, artificial intelligence is a branch of computing designed to answer Turing’s question in the affirmative. Wendell Wallach introduced the concept of artificial moral agency (AMA) in his book “Moral Machine.” According to Wallach, driven by his two key questions, AMA has become part of the AI ​​research field, which he defines as “do humans want” computers that make ethical decisions” and (Ro) robots Can truly become moral. In this report, Darrell West and John Allen discussed the use of artificial intelligence in various industries, reviewed its design and provided tips for making the most of artificial intelligence while preserving important human value.

Forbes Technology Council is an invitation-only community for world-class CIOs, CTOs and technology executives. Do I qualify?