Displaying a creative fusion of technology and clothing, an Egyptian designer has managed to make exploring the country’s rich history more fashionable. Alaa Ahmed El-Sheishtawy, who owns the brand Pharose, has created an innovative way for tourists to blend ancient Egyptian fashion with information technology. According to a video shared by Reuters, the dress designed by El-Sheishtawy includes motifs from Egyptian pharaohs in her creations. There is a QR code attached to the dress that gives the tourists a guide to all the places of attraction in the country. Scanning the QR code using the mobile phones will grant the tourists access to applications that list the names, addresses, uptime, and prices of many Egyptian sites, reported Reuters. El-Sheishtawy added, “There is also information about the artefacts available on each site that tourists can use to learn about what they are looking at, especially if they don’t have a guide.”

Egypt attracts tourists from all over the world, mainly to the capital city of Cairo where the Pyramids are situated. There are several museums in the city that display the mummies uncovered in the region. 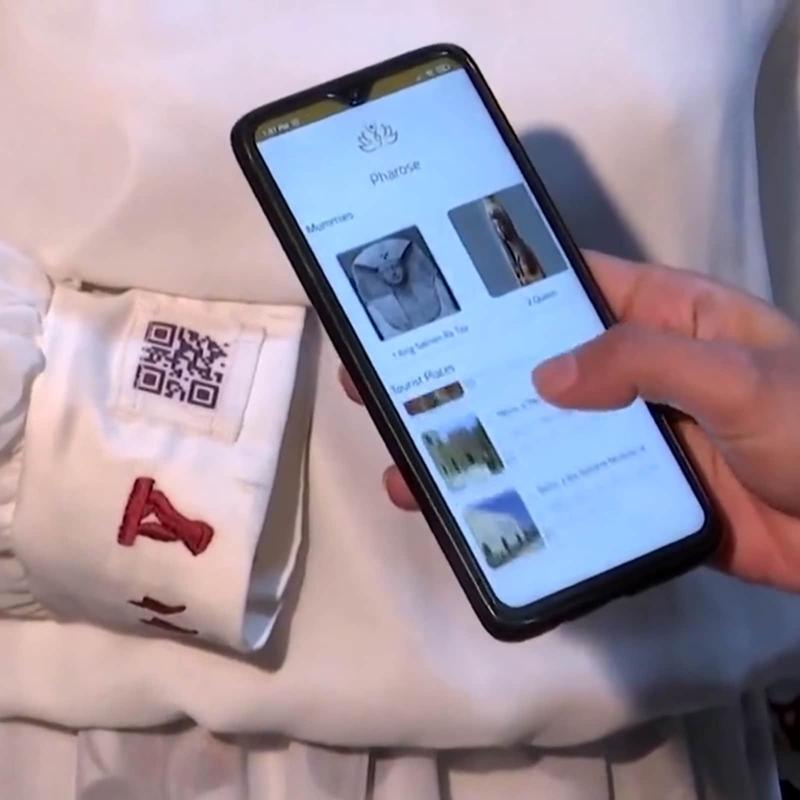 Considering how tourism plays an essential role in Egypt’s economy, El-Sheishtawy’s latest innovation will certainly attract customers. The fashion designer told Reuters that the dress was originally created for a college graduation project. El-Sheishtawy has also created some other designs and wishes to expand her brand by including options for men and children as well. El-Sheishtawy believes her creations are especially helpful to tourists who do not have a guide with them. The information provided through the QR code can guide tourists in this digital age.

“The second feature is the availability of Egyptian attractions such as museums, mosques and ancient ruins. The information available will help tourists plan their day by name, address, opening hours and more,” she said.