Home » Technology » The Soviets turned the Volga River into a machine. Then the machine broke.

The river has become polluted, silted up, and overwhelmed by invasive species. Water flows at a tenth of the speed it did before the dams were constructed, according to estimates by researchers at the Institute of Ecology of the Volga River Basin, in the central Russian port city of Togliatti. Widespread toxic algal blooms are now common.

As global temperatures rise, the Volga basin is getting less and less rainfall in the spring and summer, and more snow in the winter. Igor Mokhov, chief scientist at the Obukhov Institute of Atmospheric Physics of the Russian Academy of Sciences, points out that the intensity of spring and summer precipitation is expected to increase, making post-high-water planning more difficult. A team of Russian hydrologists, writing in an August 2021 paper in Ecohydrology & Hydrobiology, argued that because of climate change, “there will be more water in those regions [of Russia] where it is sufficient, and less where it is most needed.” The Volga basin is one of the regions most at risk, they wrote.

It is not an exaggeration to say that Russia’s mother river is broken. 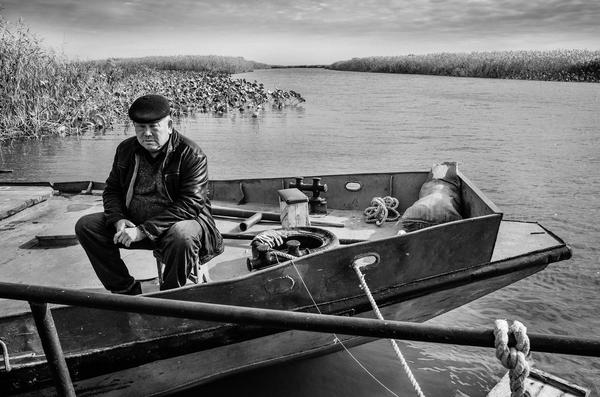 I visited Dubna on a windy November morning. Runners in colorful clothing zipped by people walking their dogs along an unkempt reservoir front. I found myself in a grayscale photo of milky clouds and water like quicksilver, interrupted by the odd patch of evergreen and autumn brown. The opposite side of the reservoir was an impenetrable wall of coniferous trees, shrouded in a light mist.