Home » Technology » The Business of Fashion The Future of Wearable Tech

Right now, companies including Meta, Google, Snap and Apple — according to rumours at least — are working on augmented-reality glasses that would add a digital layer over the physical world.

Proponents of these glasses bill them as the hardware successor to the mobile phone, and if they were to catch on, there would be numerous implications for fashion businesses. Features like virtual try-on, filters for clothing and fully virtual outfits could become commonplace.

In fact, for virtual fashion to break free of its niche in video games and the occasional post on social media and become a product for the masses, it will likely require a device that can do for digital clothes what the iPod did for digital music.

I found myself thinking about the iPod’s impact after Apple announced last week that it would finally phase out production of its last remaining iPod model. The iPod wasn’t the first MP3 player on the market, but it arrived at broadly the right moment. That timing combined with its design, ease of use and marketing all came together to create a blockbuster product that put digital music in the pockets of people around the world and paved the way for the iPhone, which was even nearly designed with an iPod-esque scroll wheel.

It’s hard to argue there won’t be an astounding amount of technological progress in the years ahead. The pace of innovation continues to accelerate. This momentum is part of the argument for why smart glasses are inevitable. As we squeeze more computing power into smaller spaces it’s only a matter of time before the tech needed to power this vision fits in a pair of conventional glasses. Another reason is that our digital lives and “real” lives continue to blur, so it follows that hardware will advance in ways that enable, compound and finally complete that blurring.

Glasses seem like an obvious choice, providing an interface right in your field of vision that’s more immersive and hypothetically less obtrusive than doing everything on the small rectangle of a phone.

But just because something seems inevitable doesn’t mean it is. Right now, it’s hard to say what the future of these glasses might be, especially without knowing what clear market need they might address. 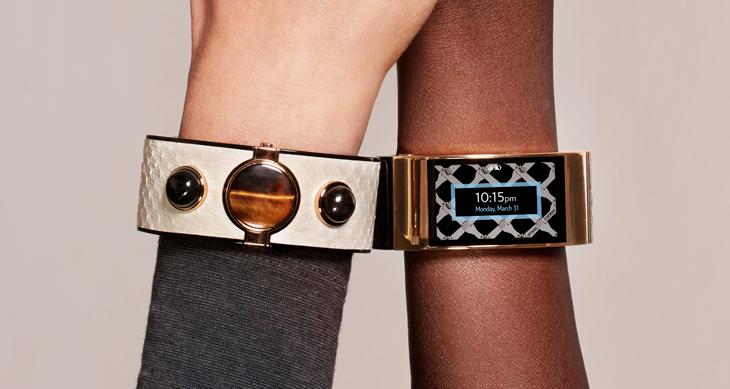 When Apple introduced the iPod in October 2001, digital music was already taking off. MP3s had been growing in popularity and Napster, which appeared two years earlier, had sparked an explosion in peer-to-peer file sharing. There was demand for a way to listen to digital music without being tethered to a computer. Previous MP3 players were bulky and didn’t offer much storage. The iPod was sleek and let you hold “1,000 songs in your pocket.” It also integrated easily with Apple’s iTunes media player, launched earlier that year.

While Apple hoped it would help sell more computers, it proved very effective at selling itself. It accounted for 40 percent of Apple’s revenue at its peak in 2006, the year before the iPhone appeared and addressed the growing need for an all-in-one device by bundling the iPod’s musical capabilities with a phone, camera and web browser.

Augmented-reality glasses don’t have such clear uses at the moment. Demand for digital fashion isn’t a big enough hook. Google imagines its glasses could display navigation or translate different languages in real-time. But capabilities like these are already available on smartphones, whose remarkable functionality will make them hard to supplant.

Tech thinker Benedict Evans, in assessing the big technological questions of 2022, remarked that AR and VR might prove to be the next smartwatch rather than the next smartphone — “very cool but a narrow market,” he wrote.

Glasses also face giant technical hurdles that still need to be overcome, such as how the wearer would control them. (Meta has been testing a wristband that would do the job.)

Not least of all, they would need to work as fashion themselves. Apple’s former design chief, Jony Ive, reportedly thought when the company debuted the Apple Watch it would be more important to get praise from Vogue than tech reviewers because it had to work as an accessory. Vogue ultimately ran a measured first look, describing it plainly as a “rectangular gadget with rounded corners and a smooth sapphire crystal face,” though it followed with a profile of “design genius” Ive.

Recognising the importance of how its glasses look, Meta has partnered with EssilorLuxottica to develop them. Founder Mark Zuckerberg also recently met with several leaders of Italy’s fashion industry in Milan, with Meta explaining to BoF, “We’re excited to continue to work with Italian partners to bring this vision for the metaverse to life.”

Of course, it’s always hard to predict how events will play out. Even the iPod was initially met with scepticism, particularly since the first version wasn’t even compatible with the Windows operating system powering most personal computers at the time.

“It’s a nice feature for Macintosh users,” one analyst told the New York Times. “But to the rest of the Windows world, it doesn’t make any difference.”

The track record for predictions about the future of tech generally isn’t great. If it were, Tesla would have self-driving cars by now.