History has repeatedly shown that steep corrections are the perfect time to shop for some of the most undervalued stocks on the Street. The tech-driven Nasdaq 100 index has declined more than 24% so far in 2022. On May 5, the index saw its third-largest single-session point drop on record and, at one point, plunged by 6% on an intra-day basis.

Meanwhile, the consumer price index (CPI) rose 8.3% in April, hovering around its highest level in four decades. Many on Wall Street see this continued acceleration in CPI as a harbinger of significant interest rate hikes in the coming months.

As a result, high-growth stocks will continue to be under pressure, especially those lacking in profitability. In other words, some darlings of the pandemic could still fall further and may not necessarily be considered undervalued just yet. Therefore, we ask our readers to proceed with caution.

With that information, here are seven of the most undervalued stocks that could offer a solid path to growing your wealth:

The first undervalued stock on our list is Dell Technologies (NYSE:DELL). This global information technology (IT) company is best known for computer products, servers, networking, and storage solutions.

Pandemic-induced demand for personal computers is cooling. Gartner estimates worldwide PC shipments fell by 6.8% YOY to 77.9 million units during the first quarter of 2022. Apple (NASDAQ:AAPL) and Dell are the only two major PC makers that managed to increase global shipments.

Next on our list is GoPro (NASDAQ:GPRO), the global leader in action camera technology. Management released Q1 results on May 5.

Revenue increased 6% YOY to $217 million. Adjusted net income stood at 9 cents per diluted share, up from 3 cents in the prior-year quarter. Cash and equivalents ended the period at $305 million.

Subscriptions for GoPro.com make up the largest source of recurring revenue. Investors were pleased to see that Q1 subscriber numbers increased 85% YOY to 1.74 million, leading to a 71% increase in subscription revenue. In addition, those metrics helped elevate the Q1 gross margin to 42%, up from 38.6% in the prior-year quarter.

GPRO stock has dropped almost 33% YTD. Shares are trading at only 6.8 times forward earnings and 1.1 times sales. The 12-month median price forecast for GoPro is at $11.50, offering a 65% upside potential from its current price. 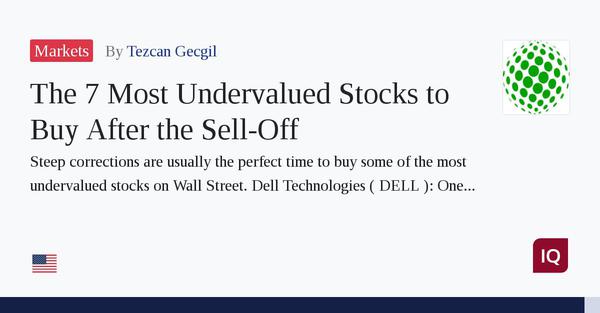 The multi-industry conglomerate Honeywell (NASDAQ:HON) is next on our list. Its portfolio of businesses includes aerospace systems, building technologies, advanced materials, process automation, and refining products.

Honeywell issued Q1 results on Apr. 29il Revenue declined 1% YOY to $8.4 billion. Adjusted earnings stood at $1.91 per share, roughly flat from a year ago. Cash and equivalents ended the period at $9.28 billion.

Meanwhile, total orders increased by 13% YOY in the quarter. As a result, Honeywell’s backlog jumped by 9% to $28.5 billion, representing around 80% of estimated sales in 2022.

The Aerospace segment is enjoying a multi-year recovery in commercial and business aviation. In addition, management believes its creation of Quantinuum, the world’s largest quantum computing company, could generate $2 billion in revenue by 2026.

Next up is Meta Platforms (NASDAQ:FB), the largest social media company worldwide. Its family of apps, including Facebook, Instagram, Messenger, and WhatsApp, boast over 2.87 billion daily active users. Meta primarily generates revenue through advertisements on its platforms.

The social media giant ended March with 3.64 billion monthly active users. No other social media platform provides exposure to such a broad audience. In addition, the company is testing tools that allow developers to create digital experiences on its social virtual reality (VR) platform, Horizon Worlds.

However, FB stock has tumbled nearly 41% YTD. Shares are trading at 15.7 times forward earnings and 4.45 times sales. At present, the 12-month median price forecast for FB stock is at $290.

Micron released Q2 results on March 29. Revenue increased nearly 25% YOY to $7.79 billion. Adjusted net income was $2.14 per diluted share, compared to 98 cents per diluted share a year ago. Cash and equivalents ended the period at $9.2 billion.

The chipmaker is capitalizing on rising memory chip prices and strong momentum in the data center market. In the first quarter, DRAM and NAND chips saw annual revenue increases of 29% and 19%, respectively. Consequently, management expect revenue to reach $8.7 billion in the third quarter, representing a 12% sequential increase.

Like most other chip stocks, MU stock has declined almost 25% YTD. As a result, shares look significantly undervalued within the semiconductor industry at just 5.8 times forward earnings and 2.5 times sales. The 12-month median price forecast for Micron Technology stock stands at $114.

Another undervalued stock we see is Moderna (NASDAQ:MRNA), the biotech name that rose to prominence during the Covid-19 pandemic. It develops messenger RNA therapeutics and vaccines for infectious, cardiovascular, and immuno-oncology diseases.

Thanks to its Spikevax coronavirus vaccine, the company generated $6.1 billion in Q1 revenue. Advance purchase agreements for the vaccine are worth roughly $21 billion.

However, Spikevax’s share of booster doses worldwide has slightly declined over the past three months. The company is also testing a pair of potential flu vaccines and an HIV vaccine.

The final undervalued stock on our list is Seagate (NASDAQ:STX), a leading hard disk drive (HDD) and solid state drive (SSD) supplier for the enterprise and consumer markets. Over the past 40 years, the company has shipped more than three billion terabytes of data capacity.

Seagate issued Q3 results on April 27. Revenue increased 3% YOY to $2.8 billion. Adjusted earnings came in at $1.81 per diluted share, up from $1.48 a year ago. The company reported $363 million in free cash flow. Cash and equivalents ended the period at $1.1 billion.

The drive manufacturer is benefiting from a favorable pricing environment, as well as a robust product mix for the disk drive market. Management expects cloud data center demand for large-capacity HDDs to accelerate through 2022.

On the date of publication, Tezcan Gecgil is both long and short MU stock. The opinions expressed in this article are those of the writer, subject to the InvestorPlace.com Publishing Guidelines.

Tezcan Gecgil has worked in investment management for over two decades in the U.S. and U.K. In addition to formal higher education in the field, she has also completed all 3 levels of the Chartered Market Technician (CMT) examination. Her passion is for options trading based on technical analysis of fundamentally strong companies. She especially enjoys setting up weekly covered calls for income generation.