Most laptops don't offer the luxury of being able to upgrade the GPU, and if you're rocking an ultrabook with integrated graphics, the gaming capabilities are further restricted. That's where external graphics boxes come into play. To that end, Gigabyte just added a liquid-cooled

Gigabyte was first to leverage Nvidia's stack of Ampere GPUs in an external graphics enclosure, and as far as I am aware, it is still the only one to incorporate liquid cooling into the mix. This comes by way of an all-in-one liquid cooling solution consisting of a 240mm aluminum radiator with a pair of 120mm fans attached, a large copper plate, composite heat pipes, and sturdy FEP tubing.

The AIO liquid cooler inside the

) not only dissipates heat from the GPU, but also cools the graphics card's memory chips and MOSFETs, otherwise known as the VRM arrangement.

It comes with its own power supply as well, a 500W unit that is 80 Plus Gold certified. The card draws power from a pair of 8-pin PCIe connectors, though there's no real setup involved—it's a fully assembled enclosure, all you have to do is plug it into your laptop or desktop.

In our testing, the 3080 Ti performs nearly as well as a GeForce RTX 3090 in gaming, with typically only a few frames per second separating the two. That's when plugged directly into a PC, though. 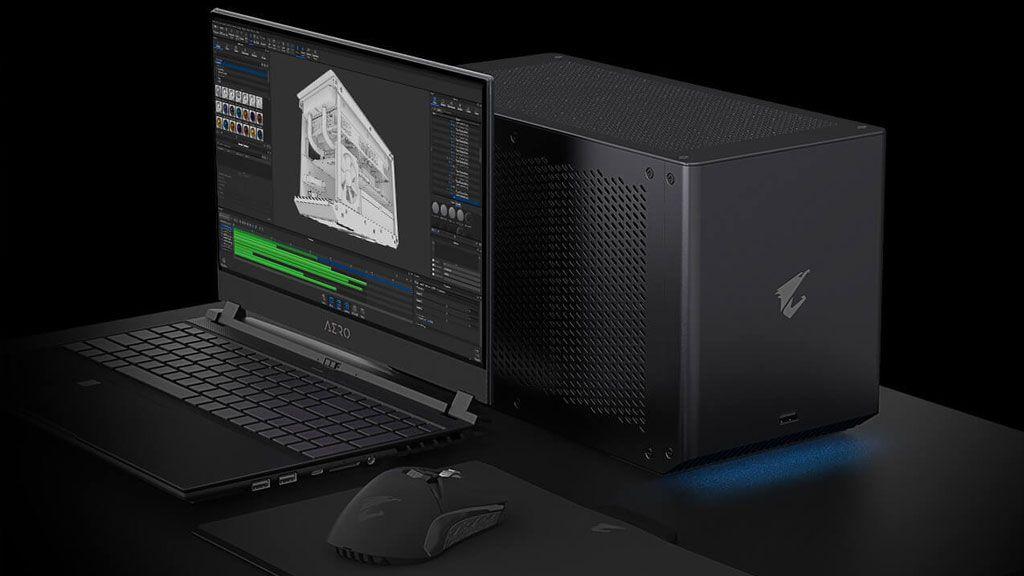 : the top chips from Intel and AMD

: get into the game ahead of the rest

Gigabyte's external graphics enclosure requires plugging it into a Thunderbolt 3 (USB-C) port, so you'll need one of those on your laptop or desktop. That also means a bandwidth hit compared to installing a graphics card directly into a PC, which in turn translates to a performance hit.

Gigabyte has not said when the Aorus RTX 3080 Ti Gaming Box will be available or how much it costs. Not that it really matters at the moment—GPUs fly off store shelves as quickly as retailers can stock them, and this will likely end being another GPU that is next-to-impossible to find.

Paul has been playing PC games and raking his knuckles on computer hardware since the Commodore 64. He does not have any tattoos, but thinks it would be cool to get one that reads LOAD"*",8,1. In his off time, he rides motorcycles and wrestles alligators (only one of those is true).