Stocks are opening sharply lower again on Wall Street Tuesday, a day after a wild roller-coaster ride that erased an intraday plunge. Big technology stocks like Apple were leading the losses. The swings are coming as traders try to assess how a stubborn resurgence of inflation will affect the economy and how well the Federal Reserve will succeed in fighting it by pulling back its stimulus policies and raising interest rates. The Fed releases its latest policy update on Wednesday. Investors are also skittish about the possibility of conflict in Ukraine. The S&P 500 was down 1.6% and the Nasdaq fell 1.8%.

THIS IS A BREAKING NEWS UPDATE. AP’s earlier story follows below.

The possibility of conflict between Russia and Ukraine and concern over coronavirus outbreaks also were adding to uncertainties. 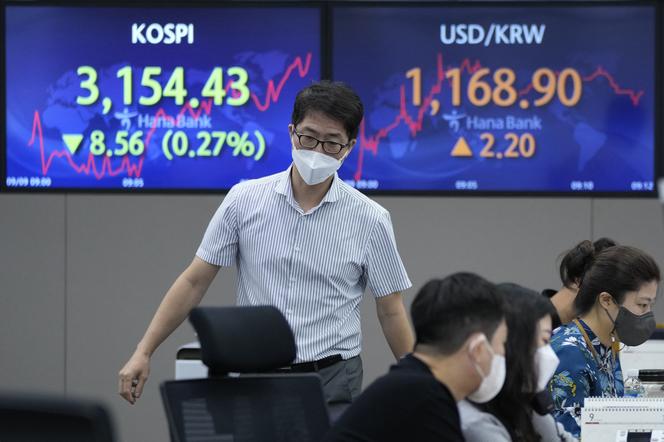 On Monday, a late buying spree pushed the benchmark S&P 500 index to a 0.3% gain after pulling it out of so-called correction territory — a drop of 10% or more from its recent high.

The Fed meeting will provide an update on policymakers’ latest thinking on the economy and interest rates.

Some economists worry the Fed is moving too slowly in tamping down inflation by raising rates that have been kept low for nearly two years to support markets and economies slammed by the pandemic.

Others fret that the Fed may act too aggressively and could risk causing a recession without managing to cool inflation.

Meanwhile, tensions have soared between Russia and the West over fears that Moscow is planning to invade Ukraine, with NATO outlining potential troop and ship deployments.

The Pentagon ordered 8,500 troops on higher alert to potentially deploy to Europe as part of a NATO “response force” to a military move on Ukraine. President Joe Biden has consulted with key European leaders, underscoring U.S. solidarity with allies there.

Asian shares declined as Japan made official a government plan to expand areas where pandemic restrictions are being advised to help curb the spread of COVID-19. That will again put a damper on business activity and travel.

Toyota Motor Corp.’s shares fell nearly 1.8% after Japan’s top automaker said further adjustments to its production in Japan were needed because of a shortfall in computer chips from disruptions related to COVID-19 restrictions and infections. Toyota has apologized for keeping customers waiting for its products.