Ever since its release, Shark Tank India has been the most talked-about series. The show aims at providing funding to entrepreneurs, giving them an opportunity to grow their businesses and touch the grandeur of success. The investors here are the sharks. The Indian sharks comprise CEOs from various fields.

As the show gains popularity, people have shown their interest in the educational qualifications of the Indian Sharks. The seven investors in Shark Tank India are ED of Emcure Pharmaceutical Namita Thapar, Vineeta Singh, CEO, and co-founder of SUGAR Cosmetics, BharatPe co-founder Ashneer Grover, BoAt co-founder Aman Gupta, Lenskart co-founder Peyush Bansal, Anupam Mittal, founder and CEO of People Group, co-founder and Chief of MamaEarth Ghazal Alagh are in the panel of judges. From Aman Gupta to Ashneer Grover, Peyush Bansal, Namita Thakur, and more, here are the educational qualifications of the Sharks.

Aman holds an MBA degree from the Indian School of Business in Finance and Strategy. He holds another MBA degree from Kellogg Graduate School of Management, the USA in general management and marketing. Before stepping into the field of marketing, he had also cleared his chartered accountancy exam. He completed his education from Delhi University. 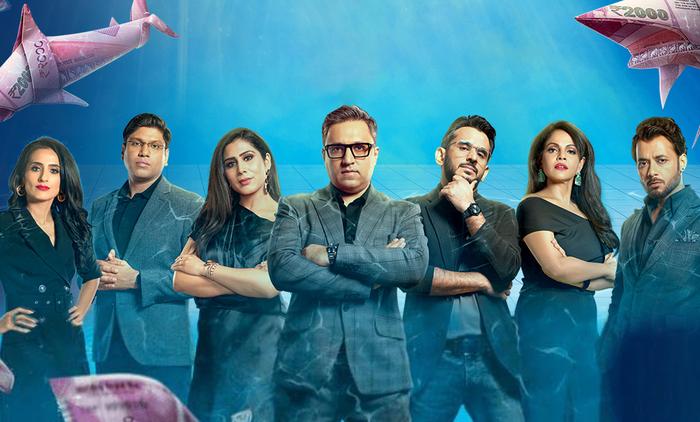 Vineeta, who has been building her name with the cosmetic brand, is also an alumnus of the Delhi Public School. She has completed her B.Tech in Electrical Engineering from the Indian Institute of Technology (IIT) Madras. Apart from this, she even holds another degree from the Indian Institute of Management (IIM) Ahmedabad. According to various media reports, Vineeta had once rejected a Rs 1 crore placement offer from Deutsche Bank.

Namita is a chartered account. She completed her CA studies at the Institute of Chartered Accountancy of India (ICAI). Namita has also completed her MBA from Duke University.

The Lenskart co-founder completed his schooling at Don Bosco School and his graduation from McGill University, Canada. Peyush also has a degree in entrepreneurship from IIM Bangalore.

Ghazal does not only hold a Bachelor's in Information Technology degree but has also done Intensive Courses in Modern Art, Design, and Applied Arts. She did her course at the New York Academy of Arts.

Ashneer holds a B.Tech degree in civil engineering from IIT Delhi. He pursued his MBA from IIM Ahmedabad. He was chosen for a foreign exchange programme at the University of INSA-Lyon during his time at IIT.

Get the latest entertainment news from India & around the world. Now follow your favourite television celebs and telly updates. Republic World is your one-stop destination for trending Bollywood news. Tune in today to stay updated with all the latest news and headlines from the world of entertainment.