CLEVELAND, Ohio – The Greater Cleveland Regional Transit Authority says it erred on the side of safety last week when it suspended bus and rail service during the first major snowstorm of the year, leaving riders who depend on the system stranded for 12 hours and wondering what went wrong.

About 15 inches of snow dumped on the county Jan. 16-17, the largest single snowfall in several years. It resulted in 50 stuck RTA buses, 13 minor accidents, and two trains sliding backward on the tracks, posing huge risks to employees and passengers alike, Chief Operating Officers Floun’say “Doc” Caver recently told the Board of Trustees.

RTA decided to suspend all services, marking the first time it had done so, at least in his 19 years, Caver said. But he felt it was the right call.

“I am confident with the decision to have to prioritize the safety, the life and the health of this community,” he defended to the board.

But in a county that sees 10–12-inch storms and lake effect squalls fairly regularly in a snow season, the shutdown left critics questioning the state of their public transit.

Just three years earlier, RTA was touting the resilience of its winter service, criticized Alex Rubin, an RTA rider and member of the advocacy group Clevelanders for Public Transit. He pointed to a January 2019 blog post in which RTA called its trains and buses “a safer, more reliable” means of transportation, “equipped for harsh winter months...”

“The snowstorm last week was not historic by any standards. So what happened?” Rubin asked. “Should we expect there to be no bus or rapid service the next time it snows?” 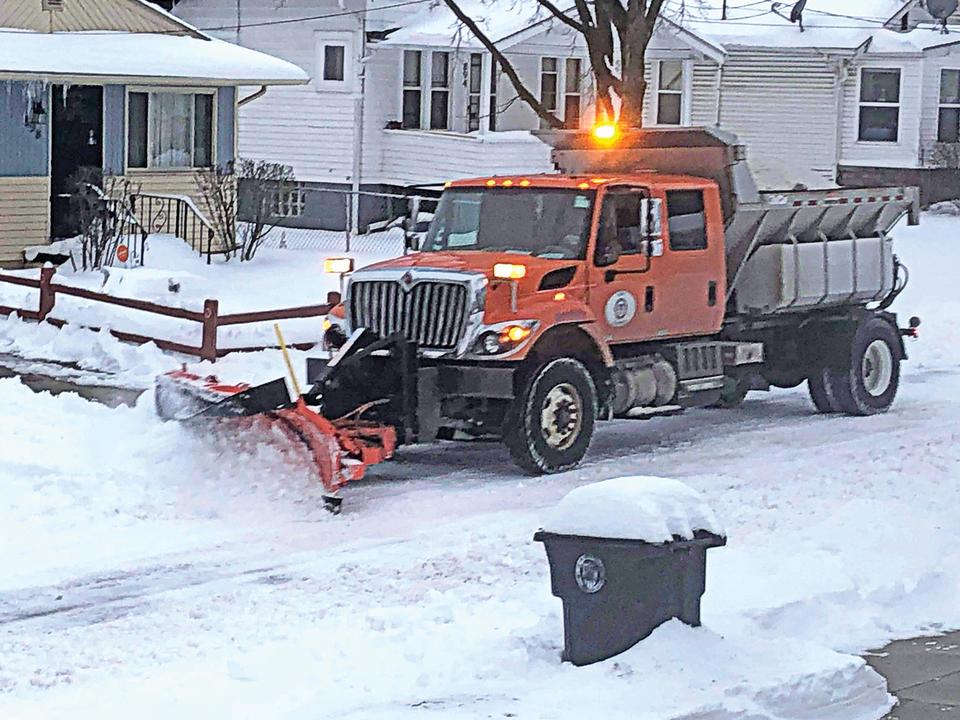 Not likely, according to RTA’s general manager and CEO India Birdsong. At Tuesday’s board meeting, she told trustees the storm created a “unique” circumstance in which heavy accumulation – about an inch per hour – overwhelmed the system and defeated their prevention efforts.

Staff was out clearing roads for the buses, but other stuck drivers abandoning vehicles made streets impassable, she said. They also ran their snow trains, but two operators sent out emergency calls after losing traction. (They’ve since learned the problem wasn’t due to track conditions, but rather an ice build-up on the brake shoes, Caver said).

“It should not happen every year,” Birdsong said. “This is something we can work to be in avoidance of, and we absolutely will do that.”

Newly elected Mayor Justin Bibb also apologized for the city’s snow removal effort, which he said “wasn’t good enough.” At a news conference Thursday he laid out a multi-pronged plan to improve the city’s system. Bibb, who served as a board member for RTA until taking office, did not address the RTA service suspension.

All Aboard Ohio, a nonprofit group that advocates for public transportation, viewed the event as another example of how RTA’s failure to update its antiquated fleet was leaving riders in the “lurch.”

“It’s bad enough that GCRTA has let the Rapid fall into disrepair from decades of neglect and a failure to fund and procure replacement of equipment, some of which is way beyond its designed life span,” Executive Director Stu Nicholson said in a thread posted on Twitter. “But a total shutdown of the Rapid along with all bus service makes us wonder if this is willful neglect on the part of GCRTA management.”

He called for an investigation into the shutdown and urged city and county officials to appoint new board members to address it.

The concerns were echoed by Clevelanders for Public Transit, which has been keeping tabs on a growing list of other transit delays and shutdowns, including a December incident in which Red Line riders were evacuated amid a cloud of smoke.

RTA has been taking steps to update its aging fleet.

An unexpected cash flush from federal pandemic dollars recently helped RTA purchase 40 new buses, which are expected to start arriving on the street in the fall. Another 16 new Healthline vehicles went live this month.

Rail replacement, however, has moved slower.

In 2019, RTA agreed to replace the light and heavy rail fleets to the tune of $717 million over a 30-year period. It started collecting funding, including grants, and put out an initial request for manufacturer but had to restart the process this summer when only one proposal came back that did not meet the needs.

It has since reissued its request for proposals, which are due by March 9. Depending on how many come in, RTA could be voting on a manufacturer by the fall, officials said. It could be another four to five years before the new cars arrive and are phased in.

In the meantime, the board recently voted to spend $2.2 million to replace the traction motors on all of the trains to extend their lifespan and improve service after 18 motor failures last year forced evacuations and delays. The motors were last replaced in 2012.

Carver can’t say whether any of the new equipment would have made a difference in last week’s snowstorm or could have prevented the shutdown.

The new trains will have better slide protection and more snow cutters to keep the tracks and overhead lines clear, he said. But they still can’t control Mother Nature.

“There will be some new technology, similar to our cars with antilock brakes, that will help,” Caver said. “In this case, the trains, for the most part held up fairly well, but this weather environment created these issues that we had.”