Researchers continue working to make it much easier — and cheaper — to test for Covid-19.

A team led by scientists at the University of California, Santa Barbara, announced Friday that it has designed a system that uses a smartphone’s camera to perform Covid tests, with accuracy that could match lab-based PCR tests.

In a peer-reviewed study published in the journal JAMA Network Open, the scientists said the kits could deliver test results in 25 minutes and were devised to be more reliable than many of the at-home tests currently on the market.

“Rapid antigen tests that people buy off the shelves are inexpensive and fast, but they can be inaccurate,” said Michael Mahan, a professor in the department of molecular, cellular and developmental biology at UC Santa Barbara. “On the other hand, PCR tests are the gold standard because they’re accurate and very sensitive, but they’re very expensive and they take a lot of time.”

The system uses a smartphone's camera, a custom app and a test kit to measure reactions that occur when a saliva sample is mixed with a chemical solution.

The need for greater access to cheap and accurate Covid tests tookon renewed urgency in recent months as the omicron variantsent case rates surging in much of the U.S. and around the world. The White House said Friday that 60 million U.S. households had ordered free at-home Covid tests through a government website thatlaunched less than two weeks ago.

Companies and researchers continue to develop new ways to test for Covid, with some health-tech startups trying to bring lab-quality testing to people's homes, some of which also use smartphones. 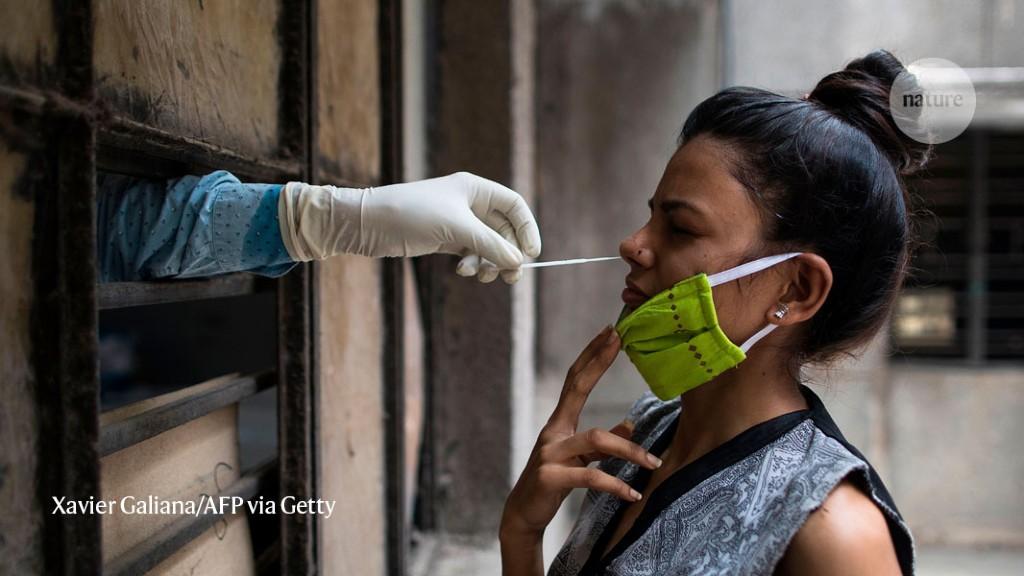 Dubbed smaRT-LAMP, the test system from the UC Santa Barbara team works by analyzing saliva samples for bits of the coronavirus’ genetic material. The kit required to run the app consists of a dish to hold the saliva sample, a hot plate, LED lights and a specially formulated cocktail of chemicals that includes a fluorescent dye, which lights up in response to reactions.

A saliva sample is mixed with the solution and placed in the dish, then the hot plate heats the mixture. The accompanying smartphone app is programmed to use the device's camera to take photos every 10 seconds while the test is under way to analyze the results.

Mahan said it would initially cost around $100 to set up the entire system but added that it does not require any specialized equipment or expertise to operate. After that, an individual test — including the required chemical solution — could be run for less than $7, he said.

Rapid at-home antigen tests can be purchased in the U.S. for around $10 to $25, while PCR (polymerse chain reaction) tests, which require analysis in a lab, can cost up to $150. American health insurance providers are now required to pay for up to eight at-home rapid tests per person per month, and as of Jan. 19, U.S. residents can also order four free at-home tests from the federal government.

Mahan and his colleagues developed the testing system for health care providers, since it could be a low-cost alternative for communities with limited access to lab-based PCR tests. But they said they hoped it could eventually be used widely as an at-home diagnostic tool.

"We hope technologies like this offer new ways of bringing state-of-the-art diagnostics to underserved and vulnerable populations," David Low, a professor of biomolecular science and engineering at UC Santa Barbara, and a leader of the project, said in a statement.

The researchers' technology and methods are open source, which means anyone can put together and use the system. The app was developed for Android operating systems but can now be downloaded from the Google Play store. Mahan said he hopes an iOS version will become available in the future as other researchers use the tool and improve upon it.

“The idea was not to patent it,” Mahan said. “It’s free and open source because we want it to be used. People are struggling, and we just wanted it to be something good for the world.”

Mahan added that he envisions a day when assembled test kits will become commercially available, which should simplify testing even further. The researchers have yet to seek approval from the Food and Drug Administration.

In addition to Covid-19, Mahan said, the tests can detect flu cases and could even be adapted in the future to flag the presence of other pathogens, including salmonella or E. coli.