Michael is a veteran technology writer who has been covering business and consumer-focused hardware and software for over a decade.

A new academic paper reveals a worrisome tendency for cosmic rays to disrupt quantum computer processors in a way that may be nearly impossible for current error correction techniques to reliably counteract.

The threat from beyond the stars

What a quantum computer is, and why it needs to be moreIt would be the harbinger of an entirely new medium of calculation, harnessing thepowers of subatomic particles to obliterate the barriers of time in solving incalculable problems.

One of the biggest obstacles faced by quantum computers is dealing with error correction. Traditionally, this has been most commonly handled by grouping together multiple qubits, the quantum equivalent of traditional computing's bits, into a sort of committee within quantum processing units. Rather than the system relying on a single qubit, which may or may not be correct, it instead relies on the consensus provided by an entire group of qubits. This strips away erroneous outliers and greatly reduces the error rate to a point where it's extremely unlikely that it will interfere with an ongoing processing job. 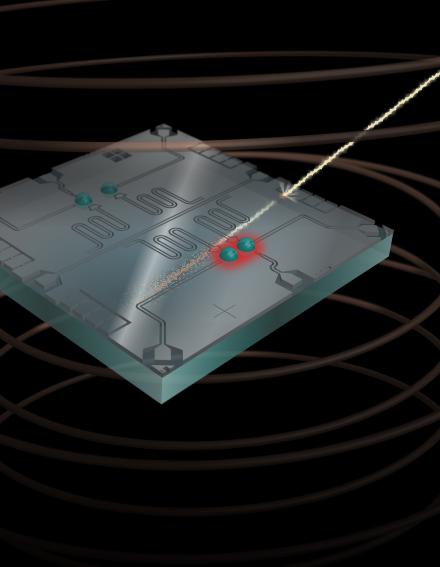 Unfortunately, in a very sci-fi-sounding turn of events, it appears that an unseen enemy from outer space may be threatening the viability of this error-correcting technology.

Cosmic rays are invisible, microscopic particle beams that constantly bombard the Earth from sources as far away as other galaxies. They typically collide harmlessly with the planet's atmosphere as well as objects within it. In fact, you'll likely be hit by several of them while reading this article. Luckily, for our peace of mind, they generally go completely unnoticed and do absolutely no harm before continuing on their cosmic journey. Unfortunately for quantum computing developers, it appears that quantum processors may be far, far more sensitive to these typically unnoticeable intruders than they realized.

In a paper published in Nature Physics and covered by Ars Technica, it's been revealed that one of these typically harmless rays could cause a major problem when it hits an operating quantum CPU. According to the findings of several researchers working at Google Quantum AI, a cosmic ray strike on an operating quantum computer core can result in the formation of a quasiparticle called a phonon.

These phonons have the capacity to disrupt operations by inverting the quantum state of not only a single qubit, but an entire entangled set of qubits as they proliferate across the processor. This means a strike could distribute errors across an entire qubit set, essentially nullifying the protection provided by the committee-like error correction mentioned above.

In an experiment detailed within the paper, Google researchers tested a set of 26 qubits that were known to be amongst their most reliable. This set was then left in an idle state for 100 microseconds. While idling, reliable qubits should generally remain in their current state. To use a traditional, binary computing analogy, a 1 should remain a 1, a 0 should remain a 0.

On average, the 26 qubits set in question displayed an error rate of about 4 qubits that erroneously flipped their state within the 100 microsecond test period. This is well within the built-in error correction's ability to compensate by relying on the remaining majority of 22 qubits. However, during confirmed quantum ray strikes, 24 of the 26 qubits were found to have erroneously flipped to the opposite state. This result is well beyond traditional error correction's ability to compensate for. Such an outcome would place the entire group in error and could throw the entire processing job's continuity into question.

How bad is it?

Cosmic ray interference is nothing new. As Ars noted, they can also interact with traditional CPUs by messing with the electrical charges they rely on to complete their logic operations. However, the unique and still-developing structure of quantum processors makes them far more prone to such interference, with Google's research indicating that a cosmic ray-induced error happens as often as every 10 seconds. This means the hours-long processing jobs most quantum CPUs are being tasked with could include hundreds, if not thousands of errors littered throughout their results.

Making matters worse is the fact that the processor these researchers used for their testing was rather small. As processing demands increase, so too must the size of the quantum processor. But, the larger the processor, the more surface area there is to potentially suffer a cosmic ray collision. It appears the threat of forced errors is only going to become direr as quantum CPUs continue making their way towards practical applications.

Can't we build some deflector shields or something?

Unfortunately, there is no practical way to reliably block these problematic, intergalactic travelers. They are moving at almost the speed of light, after all. However, as pointed out by Ars Technica, some clever workarounds have already been developed to help devices like astronomical imaging equipment cope with quantum ray interference. While the paper does not specifically explore the viability of these potential solutions, they do seem to indicate the problem of cosmic ray interference is a surmountable one.