Daphne Leprince-Ringuet is a reporter based in London.

The world's biggest companies are now launching quantum computing programs, and governments are pouring money into quantum research. For systems that have yet prove useful, quantum computers are certainly garnering lots of attention.

The CIO's guide to Quantum computingQuantum computers offer great promise for cryptography and optimization problems, and companies are racing to make them practical for business use. ZDNet explores what quantum computers will and won’t be able to do, and the challenges that remain.

The reason is that quantum computers, although still far from having reached maturity, are expected to eventually usher in a whole new era of computing -- one in which the hardware is no longer a constraint when resolving complex problems, meaning that some calculations that would take years or even centuries for classical systems to complete could be achieved in minutes.

From simulating new and more efficient materials to predicting how the stock market will change with greater precision, the ramifications for businesses are potentially huge. Here are eight quantum use cases that leading organisations are exploring right now, which could radically change the game across entire industries.

The discovery of new drugs relies in part on a field of science known as molecular simulation, which consists of modelling the way that particles interact inside a molecule to try and create a configuration that's capable of fighting off a given disease.

Those interactions are incredibly complex and can assume many different shapes and forms, meaning that accurate prediction of the way that a molecule will behave based on its structure requires huge amounts of calculation.

Doing this manually is impossible, and the size of the problem is also too large for today's classical computers to take on. In fact, it's expected that modelling a molecule with only 70 atoms would take a classical computer up to 13 billion years.

This is why discovering new drugs takes so long: scientists mostly adopt a trial-and-error approach, in which they test thousands of molecules against a target disease in the hope that a successful match will eventually be found.

Quantum computers, however, have the potential to one day resolve the molecular simulation problem in minutes. The systems are designed to be able to carry out many calculations at the same time, meaning that they could seamlessly simulate all of the most complex interactions between particles that make up molecules, enabling scientists to rapidly identify candidates for successful drugs.

This would mean that life-saving drugs, which currently take an average 10 years to reach the market, could be designed faster -- and much more cost-efficiently.

And smaller companies are also taking interest in the technology. Synthetic biology start-up Menten AI, for example, has partnered with quantum annealing company D-Wave to explore how quantum algorithms could help design new proteins that could eventually be used as therapeutic drugs.

From powering cars to storing renewable energy, batteries are already supporting the transition to a greener economy, and their role is only set to grow. But they are far from perfect: their capacity is still limited, and so is their charging speed, which means that they are not always a suitable option.

One solution consists of searching for new materials with better properties to build batteries. This is another molecular simulation problem -- this time modelling the behaviour of molecules that could be potential candidates for new battery materials.

SEE: There are two types of quantum computing. Now one company says it wants to offer both

Similar to drug design, therefore, battery design is another data-heavy job that's better suited to a quantum computer than a classical device.

This is why German car manufacturer Daimler has now partnered with IBM to assess how quantum computers could help simulate the behaviour of sulphur molecules in different environments, with the end-goal of building lithium-sulphur batteries that are better-performing, longer-lasting and less expensive that today's lithium-ion ones.

Despite the vast amounts of compute power available from today's cutting-edge supercomputers, weather forecasts -- particularly longer-range ones -- can still be disappointingly inaccurate. This is because there are countless ways that a weather event might manifest itself, and classical devices are incapable of ingesting all of the data required for a precise prediction. 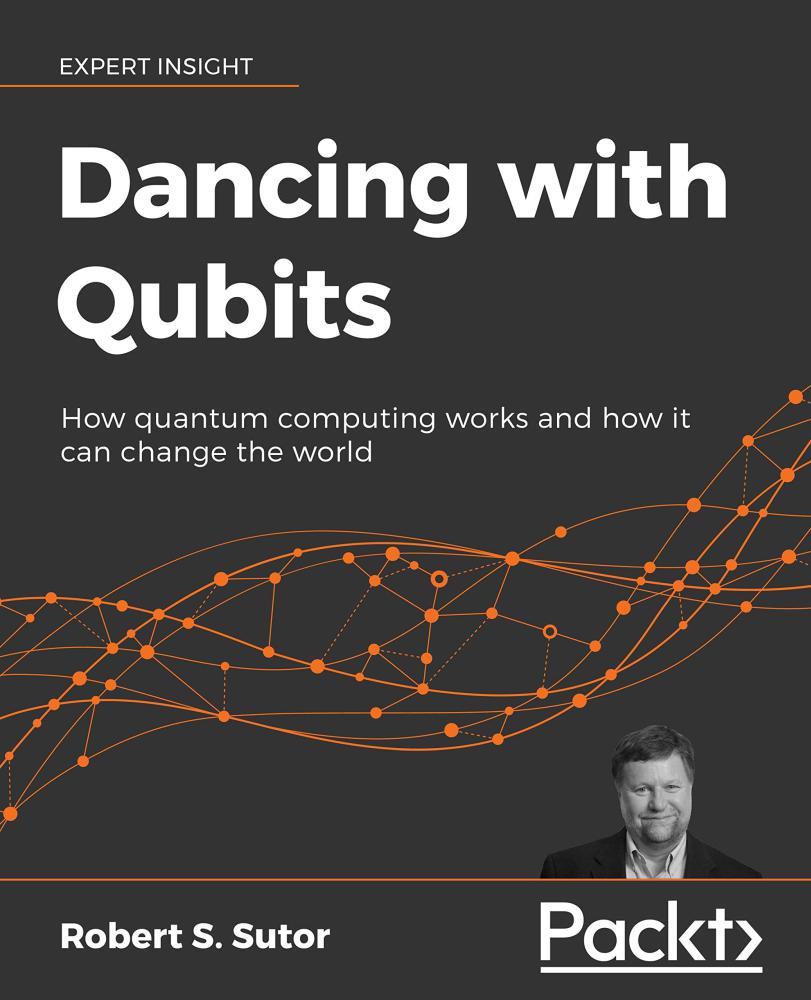 On the other hand, just as quantum computers could simulate all of the particle interactions going on within a molecule at the same time to predict its behaviour, so could they model how innumerable environmental factors all come together to create a major storm, a hurricane or a heatwave.

SEE: Scientists are using quantum computing to help them discover signs of life on other planets

And because quantum computers would be able to analyse virtually all of the relevant data at once, they are likely to generate predictions that are much more accurate than current weather forecasts. This isn't only good for planning your next outdoor event: it could also help governments better prepare for natural disasters, as well as support climate-change research.

Research in this field is quieter, but partnerships are emerging to take a closer look at the potential of quantum computers. Last year, for instance, the European Centre for Medium-Range Weather Forecasts (ECMWF) launched a partnership with IT company Atos that included access to Atos's quantum computing simulator, in a bid to explore how quantum computing may impact weather and climate prediction in the future.

JP Morgan, Goldman Sachs and Wells Fargo are all actively investigating the potential of quantum computers to improve the efficiency of banking operations -- a use case often put forward as one that could come with big financial rewards.

There are several ways that the technology could support the activities of banks, but one that's already showing promise is the application of quantum computing to a procedure known as Monte Carlo simulation.

SEE: Quantum computing is at an early stage. But investors are already getting excited

The Monte Carlo operation consists of pricing financial assets based on how the price of related assets changes over time, meaning that it's necessary to account for the risk inherent in different options, stocks, currencies and commodities. The procedure essentially boils down to predicting how the market will evolve -- an exercise that becomes more accurate with larger amounts of relevant data.

Quantum computers' unprecedented computation abilities could speed up Monte Carlo calculations by up to 1,000 times, according to research carried out by Goldman Sachs together with quantum computing company QC Ware. In even more promising news, Goldman Sachs' quantum engineers have now tweaked their algorithms to be able to run the Monte Carlo simulation on quantum hardware that could be available in as little as five years' time.

For decades, researchers have tried to teach classical computers how to associate meaning with words to try and make sense of entire sentences. This is a huge challenge given the nature of language, which functions as an interactive network: rather than being the 'sum' of the meaning of each individual word, a sentence often has to be interpreted as a whole. And that's before even trying to account for sarcasm, humour or connotation.

As a result, even state-of-the-art natural language processing (NLP) classical algorithms can still struggle to understand the meaning of basic sentences. But researchers are investigating whether quantum computers might be better suited to representing language as a network -- and, therefore, to processing it in a more intuitive way.

The field is known as quantum natural language processing (QNLP), and is a key focus of Cambridge Quantum Computing (CQC). The company has already experimentally shown that sentences can be parameterised on quantum circuits, where word meanings can be embedded according to the grammatical structure of the sentence. More recently, CQC released lambeq, a software toolkit for QNLP that can convert sentences into a quantum circuit.

A salesman is given a list of cities they need to visit, as well as the distance between each city, and has to come up with the route that will save the most travel time and cost the least money. As simple as it sounds, the 'travelling salesman problem' is one that many companies are faced with when trying to optimise their supply chains or delivery routes.

With every new city that is added to the salesman list, the number of possible routes multiplies. And at the scale of a multinational corporation, which is likely to be dealing with hundreds of destinations, a few thousand fleets and strict deadlines, the problem becomes much too large for a classical computer to resolve in any reasonable time.

Energy giant ExxonMobil, for example, has been trying to optimise the daily routing of merchant ships crossing the oceans -- that is, more than 50,000 ships carrying up to 200,000 containers each, to move goods with a total value of $14 trillion.

SEE: Quantum computers could read all your encrypted data. This 'quantum-safe' VPN aims to stop that

Some classical algorithms exist already to tackle the challenge. But given the huge number of possible routes to explore, the models inevitably have to resort to simplifications and approximations. ExxonMobil, therefore, teamed up with IBM to find out if quantum algorithms could do a better job.

Quantum computers' ability to take on several calculations at once means that they could run through all of the different routes in tandem, allowing them to discover the most optimal solution much faster than a classical computer, which would have to evaluate each option sequentially.

Optimising the timing of traffic signals in cities, so that they can adapt to the number of vehicles waiting or the time of day, could go a long way towards smoothing the flow of vehicles and avoiding congestion at busy intersections.

This is another problem that classical computers find hard: the more variables there are, the more possibilities have to be computed by the system before the best solution is found. But as with the travelling salesman problem, quantum computers could assess different scenarios at the same time, reaching the most optimal outcome a lot more rapidly.

Microsoft has been working on this use case together with Toyoto Tsusho and quantum computing startup Jij. The researchers have begun developing quantum-inspired algorithms in a simulated city environment, with the goal of reducing congestion. According to the experiment's latest results, the approach could bring down traffic waiting times by up to 20%.

Modern cryptography relies on keys that are generated by algorithms to encode data, meaning that only parties granted access to the key have the means to decrypt the message. The risk, therefore, is two-fold: hackers can either intercept the cryptography key to decipher the data, or they can use powerful computers to try and predict the key that has been generated by the algorithm.

This is because classical security algorithms are deterministic: a given input will always produce the same output, which means that with the right amount of compute power, a hacker can predict the result.

This approach requires extremely powerful computers, and isn't considered a near-term risk for cryptography. But hardware is improving, and security researchers are increasingly warning that more secure cryptography keys will be needed at some point in the future.

One way to strengthen the keys, therefore, is to make them entirely random and illogical -- in other words, impossible to guess mathematically.

And as it turns out, randomness is a fundamental part of quantum behaviour: the particles that make up a quantum processor, for instance, behave in completely unpredictable ways. This behaviour can, therefore, be used to determine cryptography keys that are impossible to reverse-engineer, even with the most powerful supercomputer.

Random number generation is an application of quantum computing that is already nearing commercialisation. UK-based startup Nu Quantum, for example, is finalizing a system that can measure the behavior of quantum particles to generate streams of random numbers that can then be used to build stronger cryptography keys.