By EMILY BIRNBAUM and BRENDAN BORDELON

With help from Rebecca Kern, John Hendel and Leah Nylen

Editor’s Note: Morning Tech is a free version of POLITICO Pro Technology's morning newsletter, which is delivered to our subscribers each morning at 6 a.m. The POLITICO Pro platform combines the news you need with tools you can use to take action on the day’s biggest stories. Act on the news with POLITICO Pro.

— Eat your vegetables: The Federal Communications Commission today will vote to open a proceeding that would require “broadband nutrition” labels.

IT’S THURSDAY, JAN. 27. Emily Birnbaum here — and I’m so pleased to introduce you all to my wonderful new colleague Brendan Bordelon, who will be authoring Morning Tech from here on out. Brendan, longtime rockstar tech and telecom policy journalist, comes to us from National Journal and plans to cover policy debates around emerging tech. Send him tips on topics like AI, quantum computing, semiconductors and all that good stuff.

Tech of the Town

BREYER’S LEGACY — During his time on the Supreme Court, Justice Stephen Breyer authored and signed onto a slew of significant antitrust and regulation opinions that loom large over the cases against Facebook and Google today. His departure from the bench will mean the loss of serious antitrust expertise — a development that will sadden some traditionalists and cheer progressive antitrust activists that say change is long overdue.

— Pro-corporate views: Breyer’s views on corporate power shifted somewhat over the years, but antitrust experts point to his decision to sign onto Justice Antonin Scalia’s 2004 opinion in Verizon v. Trinko as an example of his tendency to side with big business. A federal judge last year heavily leaned on that opinion, which defended monopolistic behavior, to dismiss the FTC’s case against Facebook.

“Breyer as a justice was fairly conservative on antitrust and regulatory issues,” Sandeep Vaheesan, legal director at the anti-monopoly group Open Markets Institute, told MT. “I think his retirement will be good for antitrust going forward, specifically when it comes to holding monopolies accountable.”

Last year, Breyer authored the opinion that gutted the FTC’s power to force companies to pay back consumers. (Facebook used that opinion to argue that the FTC lacked authority to pursue an antitrust case against the social media giant.)

But he was also the author of the dissenting opinion in Ohio v. American Express, arguing that the court should have concluded that American Express’ contracts with merchants were anti-competitive. That court decision was pivotal to the Apple v. Epic Games trial.

— Google vs. Oracle: Breyer authored the opinion siding with Google in Google v. Oracle, the years-long copyright case that set new precedent in how U.S. copyright law applies to the tech industry. That decision was largely heralded by the tech industry.

— What this means for the Senate: The much more imminent question is what Breyer’s retirement will mean for the Senate Judiciary Committee’s antitrust work. The selection of Breyer’s replacement is likely to engulf the committee in a frenzied nomination process over the next few weeks or months. Nevertheless, committee aides, who spoke on the condition of anonymity in order to discuss ongoing conversations, told MT that right now there’s no plan to delay future markups (such as next week’s markup of the Open App Markets Act) or further action on the Senate’s antitrust bills.

“The Committee’s plans will proceed,” a Democratic aide with the Senate Judiciary Committee told MT. “We can both walk and chew gum at the same time!”

TODAY: FCC TO KICKSTART ‘BROADBAND NUTRITION LABEL’ RULEMAKING — Commissioners will today vote to open a rulemaking that proposes eventually requiring broadband providers to clearly disclose to consumers just what they’re paying for, including more upfront info about the thornier features of broadband service plans, like data caps and introductory rates. November’s bipartisan infrastructure law directed the FCC to take action following more than a decade of pressure for this kind of expanded transparency.

— Although the rule is still early in the FCC process, supporters say a “broadband nutrition” label could be a future boon for consumer awareness. But internet service providers will also want to shape what they’re required to share.

“The ISPs employ many regulatory attorneys and they do a very, very good job,” Jonathan Schwantes, a senior policy counsel at Consumer Reports, told John. He described his own plans to aggressively push for the FCC to require the label: “It’s a step beyond what’s statutorily required, but we’re going to advocate that this should be on every bill.”

New America’s Open Technology Institute, which first suggested implementing these labels in 2009, cautioned against industry suggestions that the labeling rules be voluntary; OTI’s Josh Stager said that would be contrary to statute.

Asked about today’s vote, broadband group USTelecom argued consumers already have the information they need to shop between competing ISPs and that U.S. broadband prices are declining in general. “We look forward to working on these measures, but the key is not to impose rules that are burdensome or counterproductive to consumers and providers,” added the trade group, whose members include AT&T and Verizon. 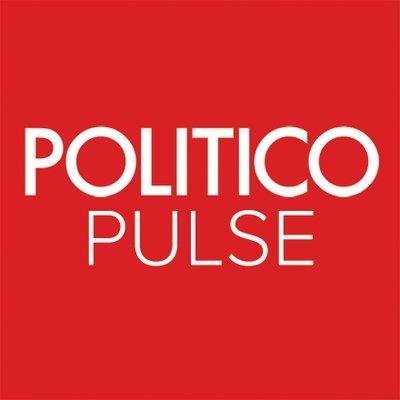 — White House is watching: President Joe Biden, in his competition executive order last summer, urged the FCC to kickstart such a rulemaking, and name-checked the issue at Monday’s meeting of the White House Competition Council, which FCC Chair Jessica Rosenworcel sits on. Consumers will soon see “clarity in the actual price you’ll pay for high-speed internet services,” Biden promised at the meeting.

But time for caveats: We’re still a ways off from seeing these labels applied. After today’s vote, the FCC’s next step would be collecting rounds of feedback about how to structure the label and figuring out when to require its display and how to vet a given label’s accuracy. Because today’s vote is only to open the rulemaking, don’t expect big fireworks or pushback just yet.

SPEAKING OF BROADBAND … Commerce Secretary Gina Raimondo will testify Tuesday before Senate appropriators about how to implement the $48 billion in broadband dollars that the infrastructure law slated for her department, according to the office of Sen. Jeanne Shaheen (D-N.H.). The session will take place before the panel’s Commerce-Justice-Science Subcommittee, which Shaheen chairs.

— A little reminder: Shaheen was one of the lead negotiators who put together the law’s $65 billion for broadband, in tandem with Raimondo and Sen. Susan Collins (R-Maine), who also sits on this subcommittee.

As appropriators, these senators are now tasked with determining what resources to give the department and its National Telecommunications and Information Administration, which will helm the infrastructure law’s broadband investments and is currently on a hiring spree.

— Shaheen wants to ensure broadband funding is “distributed as intended,” she told John in a statement. “There is bipartisan determination in Congress to enhance our high-speed internet capacity, and I believe we can continue to get important work done here.”

HOUSE DEMOCRATS PACK USICA COMPANION WITH TECH PROVISIONS — The decision by House Democrats to match the Senate’s $52-billion semiconductor spending spree in their new competitiveness bill may be hogging the limelight. But the America COMPETES Act (H.R. 4521 (117)) — companion legislation to the Senate’s U.S. Innovation and Competition Act (S. 1260 (117)) — is full of other big-ticket tech items.

Supercharging highly skilled immigration: The House bill includes several provisions designed to funnel highly skilled immigrants into the United States. Most notably, the bill creates “startup visas” for foreign entrepreneurs looking to found companies in the U.S., and exempts immigrants with STEM PhDs — including those with degrees earned outside the U.S. — from current green card caps.

Andrew Moriarty, the deputy director of federal policy at Meta-backed immigration group FWD.us, called the proposals “positive steps forward.” The tech industry, which typically snaps up the lion’s share of highly skilled foreign workers, has long advocated for a big boost in the amount of educated immigrants allowed to permanently reside in the U.S.

Marketplaces oppose inclusion of SHOP SAFE: It’s not all sunshine and roses, however — within certain corners of the tech industry, opposition is already building against some of the bill’s other provisions.

Online marketplaces Etsy and eBay strongly pushed back on the inclusion of the SHOP SAFE Act (H.R. 5374 (117)), which the House Judiciary Committee advanced last fall. The legislation creates rules large online marketplaces must follow or risk being held liable for the sale of counterfeit products on their sites.

— SHOP SAFE “would empower retail giants while hurting small businesses and providing less choice to consumers,” said Jeffrey Zubricki, the head of U.S. government relations at Etsy. Parmita Choudhury, an eBay spokesperson, said the bill would favor only a few of the largest global brands and rights owners.

— The bill does have the support of large brand-name trade groups, including the American Apparel & Footwear Association and the Toy Association.

Sellers back the INFORM Consumers Act: The sprawling House bill also includes the INFORM Consumers Act (H.R. 5502 (117)), which the House Energy and Commerce Committee advanced in November as part of a separate attempt to stymie the sale of counterfeit goods online. The bill requires online marketplaces to verify the identity of high-volume third-party sellers.

Amazon, Etsy, eBay and the Retail Industry Leaders Association (whose members include Target and Home Depot) have all previously backed the bill, arguing that one federal standard to counter the sale of counterfeit, stolen or unsafe products is preferable to a patchwork of state laws.

FTC’S WILSON DINGS PROGRESSIVES AS ALL TALK, LITTLE ACTION — 2021 saw a “very striking” dip in enforcement actions by the FTC, GOP Commissioner Christine Wilson said Wednesday, arguing that Democrats have come to terms with the reality that “criticizing is easy but governing is hard.”

“One could accuse the progressives of hypocrisy,” Wilson said, but in her view Chair Lina Khan and the FTC’s Democratic members are coming to understand the “brutal facts” about the agency’s small budget and the difficulties of litigation. “It is well and good to say, ‘We want to litigate more.’ That is not what we saw in the last year,” she said.

So much for carpe diem: Facebook’s cryptocurrency venture, the Diem Association, is winding down, The Wall Street Journal reports.

Content moderation consensus: The Coalition for Content Provenance and Authenticity issued the first global technical standard for content moderation on Wednesday, which aims to enable content creators to selectively disclose who authored and altered certain digital media. The coalition includes Adobe, BBC, Intel and Microsoft among its founding members.

Google goes gray: CNBC reports that Google and the AARP are partnering to provide digital technology training to older, low-income workers in their fifties.