These handles had been identified after Twitter users tagged Ministry of State for Electronics and IT Rajeev Chandrasekhar, asking him to look into their content.

One such Twitter handle, sources said, was a fake video of a Cabinet briefing, in which audio from another source was overlapped on the video, the official said. Apart from these, an animated video showing violence against Prime Minister Narendra Modi, and other derogatory pages and posts targeting Hindu women were also taken down.

Earlier in the day, Chandrasekhar, after being made aware of one such post, tweeted, “Taskforce on Safe & Trusted Internet at @GoI_MeitY at work. Handles that tried to push fake/inciting content on twitter, youtube, fb, insta have been blocked.” 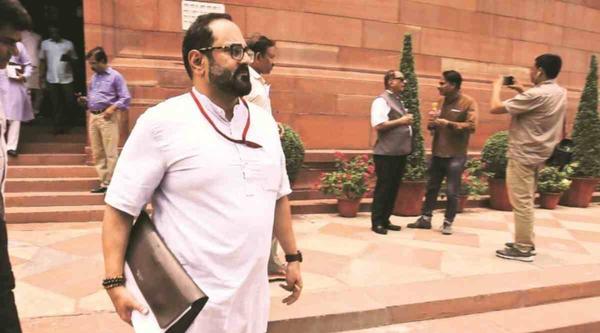 The owners of these accounts were being identified for appropriate action under relevant sections of the law, and the platforms would also be held accountable for their due diligence, he said.

Following instructions of IT Minister Ashwini Vaishnaw, and other ministries, the Delhi Police has over the last week arrested four people, including a 21-year old who they claim to be the “mastermind” behind the creation of the website objectionable pictures of women were uploaded.

Doctored photos of at least 100 Muslim women, along with lewd remarks and comments, were posted online this week. GitHub subsequently removed the content, but many Twitter users tagged the women and posted screenshots of the webpage.