Home » Technology » Oak Brook teen, U.S. Presidential Scholar accepted into mind-boggling 18 universities: ‘I’d have to turn down Harvard or Princeton!’ Chicago White Sox pound out a season-high 14 hits in a 7-4 victory against the Kansas City Royals for a 3-2 series win 13-

One of five 2022 U.S. Presidential Scholars from Illinois is Hinsdale Central High School senior Jui Khankari, who last year received the prestigious Diana Award for her work in building an artificial intelligence platform for young learners.

This year there are 161 scholars from across the 50 states, District of Columbia, Puerto Rico and U.S. Department of Defense schools in Germany and Japan.

In a news release, U.S. Secretary of Education Miguel Cardona said the 2022 Presidential Scholars represent the best and brightest of America.

“Throughout one of the most trying periods in our nation’s history and amid our recovery from the pandemic, our students have once again demonstrated their strength and that they have so much to contribute to our country. Thanks to them, I know America’s future is bright,” Cardona said.

Khankari, 18, said she was “surprised” to get the honor, even though her resume certainly checks out. The Oak Brook teenager sits in the top 2% of her class, scored a perfect 36 on the ACT exam, and got accepted into 18 universities including Harvard, Yale, Princeton, Massachusetts Institute of Technology, Columbia, the University of Pennsylvania and Stanford.

“Making the decision was arguably harder than actually applying — I’d have to turn down Harvard or Princeton, or MIT!” Khankari said.

Because of COVID-19, Khankari wasn’t able to go on campus visits until her senior year, which put extra pressure on her decision deadline.

“At Yale I met a Nobel laureate, at Princeton I sat in graduate level classes and walked the same hallways as Einstein and Richard Feynman, I was a kid in a candy store the entire time,” Khankari said.

Khankari ultimately chose Stanford, crediting the institution’s strength in computer science and artificial intelligence, and because of a support system already built in at the Stanford Institute for Human-Centered Artificial Intelligence (HAI) where she interned last summer.

“And this obviously isn’t the deciding factor, but the weather [in California] and the fact that they have a surf club were the cherries on top,” she said. “If you want to put in some good words to my parents — I’m trying to buy a board and I’m going to be surfing.” 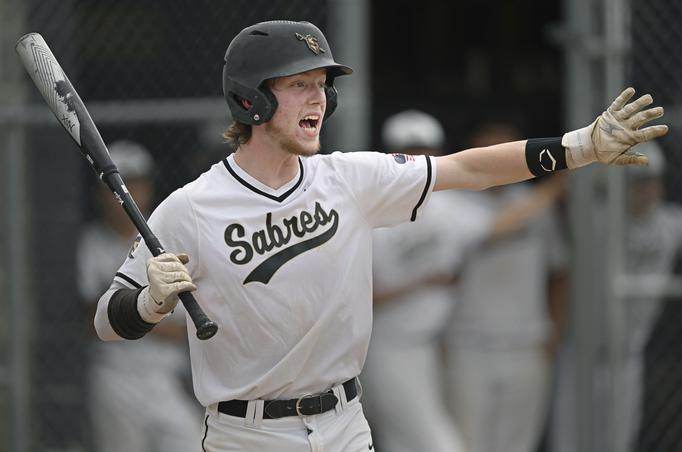 Khankari made a point to say she’s not buried inside textbooks all day and makes time to do things she loves, like rollerblading and swimming. And her mom and dad’s “laissez faire” parenting style gave her space to grow into a well-rounded student, she said.

“They never pushed me academically or in extracurriculars and allowed me to explore and have fun throughout middle school and high school,” Khankari explained. “It works.”

Khankari noted that her mom used to drive her an hour each way to rowing practice, on top of supporting her through tennis and science Olympiads. Khankari said the emphasis throughout school was never on “being the best” or having the highest grade-point average. And in fact — “my dad still hasn’t figured out how to check my grades,” Khankari laughed.

“I think our main role as parents was to support Jui in whatever she needed and offer guidance when she asked for it rather than telling her what to do,” said her father, Kishore Khankari. “[Jui] pursues everything on her own to the fullest extent and isn’t worried about whether she will succeed or not.”

“I recall in our first meeting saying to myself, wow, her range of talents are extraordinary,” Litton said. “Students with Jui’s work ethic take a personal interest in seeking activities that expand their skills and embrace the benefits of a challenge. Jui’s collaborative and inquisitive nature add to her visionary talents. I truly believe she will utilize her educational gifts for the betterment of society.”

In early 2020, Khankari launched AInspire, a nonprofit aimed at teaching the applications of artificial intelligence, or AI, to students of all ages and backgrounds. Running entirely on donations, Khankari said AInspire has since served around 26,000 students in 58 countries with virtual workshops, videos and other online methods.

At Stanford during the summer, Khankari worked with professors Michael E. Moseley and Greg Zaharchuk to study AI in medical imaging, including how AI can decrease treatment time associated with stroke. Khankari said her all-female leadership team at AInspire is working on an upcoming workshop focused on those same topics.

“I really wanted to dispel this stereotype that AI is something that’s difficult to break into or that it’s too complex for anyone to understand,” Khankari explained, adding that she’s excited to unlock the potential of her organization. “I just hope that the focus of AInspire grows and changes as I learn more about AI and the interactions of AI.”

While Khankari gears up for her move to Stanford later this summer, she’s looking forward to an upcoming virtual ceremony celebrating the Presidential Scholars Class of 2022.

Since 1964, the U.S. Presidential Scholars Program has honored over 7,900 of the nation’s top-performing students. The program was expanded in 1979 to recognize students who demonstrate exceptional talent in the visual, literary and performing arts. And in 2015, the program was again extended to recognize students who demonstrate ability and accomplishment in career and technical education fields.