After the Newtown school shooting last December, the National Rifle Association chief executive Wayne LaPierre blamed Hollywood, along with violent video games, for contributing to gun violence in the country. His precise description was: “a callous, corrupt and corrupting shadow industry that sells, and sows, violence against its own people.”

“Isn't fantasizing about killing people as a way to get your kicks really the filthiest form of pornography?” LaPierre said in a

. “In a race to the bottom, media conglomerates compete with one another to shock, violate and offend every standard of civilized society by bringing an ever-more-toxic mix of reckless behavior and criminal cruelty into our homes—every minute of every day of every month of every year.” LaPierre called out the “blood-soaked slasher films” of "American Psycho"and "Natural Born Killers" as specific offenders.

As it turns out, shoot-em-ups like "The Terminator," "Die Hard" and "Zombieland” get the NRA stamp of approval. The pro-gun group offered up a surprise plot twist of its own by posting a 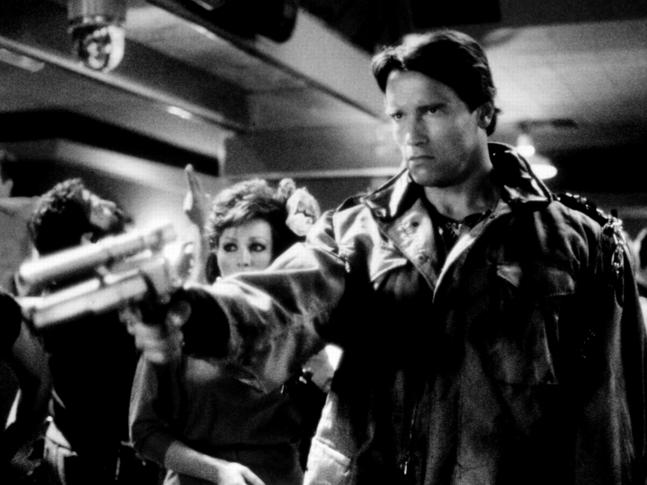 While it notes the “inaccuracies in Hollywood films featuring firearms,” the top 10 list praises these movies for influencing gun purchases and making gun enthusiasts “think about situations for which we should be prepared.”

Lessons to be learned from Arnold Schwarzenegger's character and others in "The Terminator"? “In addition to introducing the mainstream world to laser sights on an AMT Hardballer Longslide in .45 ACP,” wrote magazine’s associate online editor Paul Rackley, “the movie featured an Ithaca Model 37 with an extended magazine, carried by Reese (played by Michael Biehn), an IMI Uzi and numerous other firearms. This movie made shooters realize the importance of firepower, and that preparedness might be needed in the future.”

The NRA publication admired "Die Hard" for its portrayal of a crime-fighting cop. "With awesome explosions and one-liners, Bruce Willis fostered those dreams as Sgt. John McClane in 'Die Hard,' with a Beretta 92F and a limited number of rounds," the website read. "While few of us actually followed through and became police officers, which is probably best since this is very untypical in the life of most law enforcement officers, this movie reminds us that good can triumph over evil with skill, training, determination and a few well-placed shots. Yippee-ki-yay."