This week is National News Literacy Week, and in 2022, more people are getting their news and other content from social media platforms.

Annie Margaret, an assistant professor at the Atlas Institute at the University of Colorado in Boulder is hoping to teach young people how to use social media in a way that is beneficial.

But first, she has to show them how the technology can be harmful.

“There are entire teams of designers designing these products to keep you on there as long as possible and they’re making money off that,” Margaret said.

Margaret said many young people are introduced to social media sites like TikTok and Snapchat as early as 11 years old. In June, she will host a digital wellness program for 11- to 18-year-olds. The goal is to help young people have a positive experience on social media, rather than just seeing what the algorithms are feeding to them.

“If you even hold your eyes over something on your feed for too long, the algorithm recognizes that and funnels you into more kind of extreme content of that same flavor,” Margaret said. 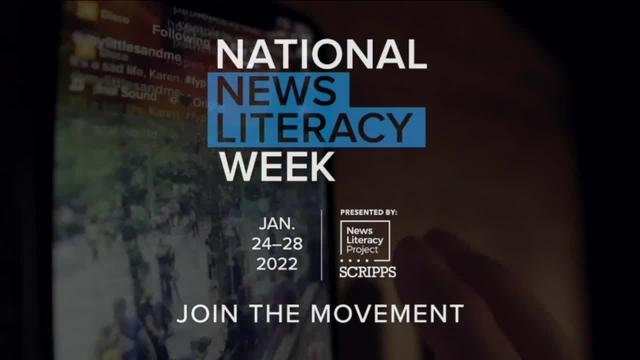 She gave the example of how watching a fitness video may quickly lead to pro-anorexia content online.

Margaret advised unfollowing certain accounts and hashtags, and using features on apps that allow you to request not to see certain content. She suggested turning off notifications and turning on “grayscale” on your smartphone to make it less interesting.

While reducing overall time spent with social media may be a good thing, Margaret said she doesn’t want to vilify it completely.

“We’re now getting a lot of citizen journalism of real first-hand things that are happening,” she said.

She added that social media can be more inclusive than some traditional media forms, connecting marginalized people to communities that weren’t as accessible to them before.

Encouragingly, Margaret added that most of the young people she talks to want to have more healthy, meaningful engagement on social media.

“They do really want to understand those differences, and it’s not just kids, but I think we’re all hungry for that,” she said.

More information on Margaret's work and the digital wellness summer program can be found here.