Home » Technology » Kerala HC directs actor Dileep to submit phones on Jan 31, says sending them to his forensic expert not an excuse

KOCHI: The Kerala High Court on Saturday, January 29, 2022, directed actor Dileep to produce his mobile phones before the Registrar General in a sealed box on Monday by 10.15 am. The court observed that he can't keep the phone on the pretext that he has sent it to his own forensic expert. "You have to submit the telephones requested by the crime branch," observed Justice P Gopinath.

The court made the observation while considering the anticipatory bail pleas of actor Dileep and others accused in a case registered for allegedly conspiring to murder the investigating officers in the 2017 actor abduction and sexual assault case. The court also considered an application by the prosecution seeking a directive to the accused persons to surrender their phones.

When the bail pleas came up for hearing, the bench said they "do not agree" with the view that mobile phones being surrendered amounts to self-incrimination.

The court made it clear that after the insertion of Section 79 A of the Information Technology Act, forensic examination of phones can only be done by experts approved by the Union Government. Hence, giving the phone to their own forensic analysts cannot be accepted. 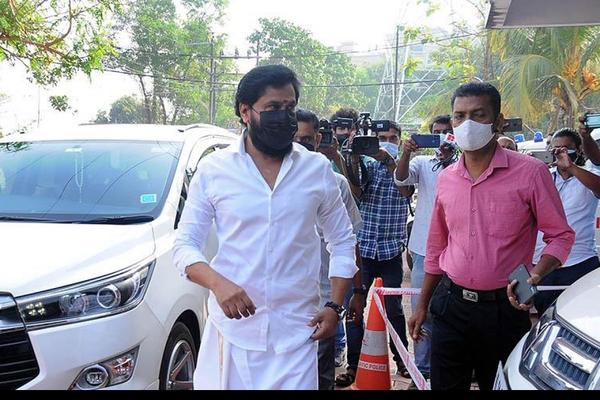 There may be other material on the phone used by Dileep including a conversation with lawyers and his former wife. But it can be examined by only an approved agency. "We will have to find a balance. How do we reasonably segregate between information relevant to the investigation and privileged communication like with a lawyer?." the court asked.

TA Shaji, Director General of Prosecution, submitted that merely because there may be privileged communication, it does not insulate someone from the investigation when they commit a crime. During interrogation, the accused themselves have identified the voices on the audio clips released by director Balachandrakumar, as their own. After the revelation, all the accused changed their phones immediately. Seven mobile phones including four phones used by actor Dileep are wanted to prove the case.

Senior Advocate B Raman Pillai, Dileep's counsel, submitted "We have nowhere else to go, my lord. The entire police force in the State is against us. We are at the mercy of this court." Then the court said the petitioners can't keep their phones with them. "Otherwise you produce the mobile phone before the High Court registrar general at 10.15 am on Monday," said the court.

Dileep's counsel opposed sending phones to the Kerala FSL saying that it is part of the Kerala Crime Branch. The prosecution said, "no other accused gets this much privilege. No accused will get protection in such a case. What will society think?"

The bench added that if they feel the defence is not cooperating, "the tone will change."

Dileep's counsel argued that the fourth phone the crime branch mentioned in their application is not the phone used by Dileep. "We don't know about that phone," counsel argued. Actor Dileep was using two iPhones and two other mobile phones.

Similarly, Anoop, brother of Dileep, used two mobile phones and TN Suraj used one mobile phone during the specified period. The agency revealed that Dileep has made more than 12,000 calls from a SIM card that was used by him in one of the four phones.