The climate in the metaverse has proven once again that it’s just as fickle as the weather patterns on our pale blue dot. With the recent implosion of UST/Luna protocol, many in Web3 can’t help but question if we’re all gonna make it?

There’s a famous saying that “history doesn’t repeat itself but it tends to rhyme” and, during a downturn in the markets like this, it becomes especially important to learn from the lessons of the past.

When the Rumble Kong League project arose out of the jungle (the summer of Web3 2021), no one knew if it would succeed or how a globally connected metaverse would affect gaming and entertainment. But that didn’t stop the founders from rolling up their sleeves and pursuing a vision that was both innovative and enlightened with the mainstream relevance of basketball and gaming.

So as we now sit here approaching the summer of 2022 in much different market conditions, let’s remind ourselves of 3 key principles that are timeless and can provide confidence that now is the time to #KeepKongStrong.

Principle #1: Leaders are unphased by the market conditions

The great depression era triggered by the massive crash of the US stock markets in 1929 is well known for the decade-long suffering that transpired. What’s not as well known is what a modest soap company named Proctor and Gamble did throughout the turmoil.

Despite rising inventories of products due to low consumer demand, P&G decided to double down on their marketing and harness the most powerful medium of the time, the radio. They began sponsoring radio shows aimed at homemakers and, when they saw success, they innovated by producing their own radio show that debuted in 1933 called “Oxydol’s Own Ma Perkins” which was so popular with its target market that it spawned 21 other shows and created a new category of entertainment, conveniently named “the soap opera”.

The RKL continues to build, unphased by the market:

So when the times seem darkest, pay attention to those who keep executing on their vision. Those visionaries that are well funded and well respected are poised to create the entertainment experiences that millions flock to for relief from the stresses of everyday life.

As I think about the story of the birth of the soap opera by P&G in the midst of the depression, I can’t help but wonder if we will look back on this timeframe 10 years from now and be amazed by the new category of sports and gaming entertainment created by the RKL. What might we call it?

It was the spring of 1976 in the US and a couple college dropouts had gotten together to geek out on their interest in computing technology. Little did they know that the (already high) inflation rates of the mid 70s would culminate in a few short years at 14%! 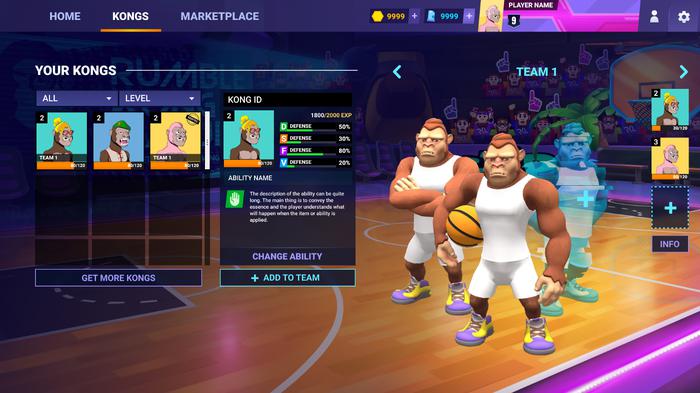 In a similar fashion, here in 2022 we don’t know what the next few years hold. We may see higher inflation yet but, rest assured, the cycle of technology innovation continues.

As they toiled away at their new concepts, Steve Wozniak had designs for what would become the Apple I personal computer and Steve Jobs had plans to sell them at scale. It was not clear how the vision would all fit together nor when it would happen. There were attempts to sell the designs to Hewlett-Packard and Atari but both companies passed.

Today in the RKL community there is an unquenchable thirst for the launch of the game. As we see renderings and animations, we just want more. The excitement drives this and, with that, comes the desire for “a line in the sand” in the form of launch dates. While there will be development milestones shared and a launch date will eventually come, we should remember that the launch will only be the beginning of a new era in the project’s history.

In the garage workshops of the fledgling Apple Corporation there were also many iterations of software and hardware concepts that took them in different directions. Innovation and creativity don’t follow a straight path and don’t conform to artificial deadlines.

Sales were barely $1 million in 1978 but would ultimately 10x by 1980 when the company went public. Ron Wayne, who famously left Apple in the same month that he co-founded it with “the Steves” said years afterwards, “I count myself extremely fortunate to have been at a turning point in history.”

Despite the immense economic uncertainty and changing political tides in 1980, Ron Wayne can now look back and appreciate how special that time was. We too, sit here in the present while some of the greatest innovations driven by new brands are hitting their inflection points in their journey.

These days may feel long at times but the years will feel short when we see how far we have come. And when we get there, the dates and deadlines will be far less meaningful to us than the accomplishments and entertainment we experience together.

Principle #3: Utility can thrive in any economic conditions

In 2008, the Lehman Brothers collapse triggered a global financial crisis the likes of which we had never seen. Real estate assets had been used to create derivative asset classes that were ultimately rendered worthless and, when the bubble popped, the ripples were felt far and wide. Thousands of people lost their jobs, home foreclosures were at all time highs, and many businesses closed down.

While this calamity was going on, in the tech scene one of the innovations released by Google was an explanation of how its Hadoop technology was going to help it process unfathomable amounts of web data more efficiently. To their credit, Google recognized that the principles of this technology should be free for market innovation and adoption.

That’s when 3 engineers from Google, Facebook, and Yahoo came together and founded a startup called Cloudera which would provide services and support around open source Hadoop technology. Investors at Accel Partners saw the vision along with several others and invested in the start-up despite the global economic crisis.

One of the founders of Cloudera at the time had this to say: “It is a new reality that people have the ability to store and analyze terabytes and petabytes of data, now they need the tools to process it.”

With the founders’ simple vision for the utility they would provide, they began building… brick by brick. Where is Cloudera 14 years later? It’s a global enterprise worth more than $2 billion. Its utility, which seems indispensable now, was just an idea that capitalized on technology trends and tapped into the open source opportunities of its time.

It’s important to note that among all the destruction of wealth of 2008, not all businesses and asset classes died. In fact, most did not. The builders with the strongest teams and utility not only survived, they accelerated. You just have to know how to spot them. With millions in funding, incredible partners, and a thriving community, those of us close to the RKL know the potential we have yet to realize.

So as we look forward to the rest of 2022 with uncertainty prevalent throughout the markets, just remember the principles we have seen play out time after time and take confidence in the fact that #KONGSTRONG is more than a hashtag. It’s a mindset, an attitude, and a battle cry that we must keep building… brick by brick… to a future where Kongs rule the metaverse.

Whether you agree or disagree, I’d love to hear your thoughts! Gold Mamba is on Twitter @stevenshill21