PITTSBURGH, PA - Two residents of Santa Ana, California, have been indicted by a federal grand jury in Pittsburgh on charges of wire fraud conspiracy and money laundering conspiracy relating to their participation in a scheme to defraud elderly victims in the United States.

The two-count Indictment, returned on April 26, 2022, and unsealed today, named Thien Phuc Tran, 32, and Ton Huynh Bui, 29, both of Santa Ana, CA, as defendants. The brothers-in-law were arrested today in Santa Ana and will make their initial appearances this afternoon in federal court in the Central District of California.

According to the Indictment, from December 2020 to December 2021, Tran and Bui participated in a multi-million-dollar conspiracy to defraud elderly persons residing in the Western District of Pennsylvania, and elsewhere. As alleged, members of the conspiracy contacted potential victims on their computers through pop-up messages falsely purporting to be from reputable technology companies, convinced victims that their financial accounts had been compromised and that their funds needed to be moved, and subsequently gained control over the victims’ computers and personal funds. Members of the conspiracy also allegedly used stolen personally identifiable information (PII) from additional unwitting victims to open financial accounts and create email addresses to receive and move the proceeds of the fraud. Conspirators also converted stolen victim funds to cryptocurrency, and moved money through multiple accounts, including accounts affiliated with the defendants, in an attempt to conceal their fraudulent activities. The Indictment alleges that one victim in the Western District of Pennsylvania was caused to liquidate retirement accounts totaling $1,288,073.

“The Department of Justice prioritizes protecting the elderly from all types of financial crime,” said U.S. Attorney Chung. “Members of the alleged conspiracy in this case preyed on this vulnerable population by convincing victims that their personal funds were not secure and needed to be moved to other accounts controlled by the defendants. My office will continue to seek justice for these victims and hold accountable those who would perpetrate fraudulent schemes against the elderly. Indeed, one of the best ways to prevent financial fraud is to educate yourself about the many types of scams.”

“Cyber criminals are targeting our aging population at an ever-increasing rate,” said FBI Pittsburgh Special Agent in Charge Mike Nordwall. “This conspiracy targeted members of the senior population in western Pennsylvania and across the United States. In some cases, these criminals have stolen the life savings of unsuspecting and trusting seniors through social engineering, computer intrusions and other means. The FBI will continue to work to put an end to these types of cyber schemes and help prevent our senior citizen population from becoming victims.”

“Cryptocurrencies are increasingly being used to facilitate illicit activities,” said U.S. Secret Service Pittsburgh Special Agent in Charge Timothy Burke. “We are proud to work with our partners to investigate schemes like those charged in the indictment. At the Secret Service we are committed to keeping pace with innovations in the financial system as we continue to safeguard Americans from fraud and other illicit activities.” 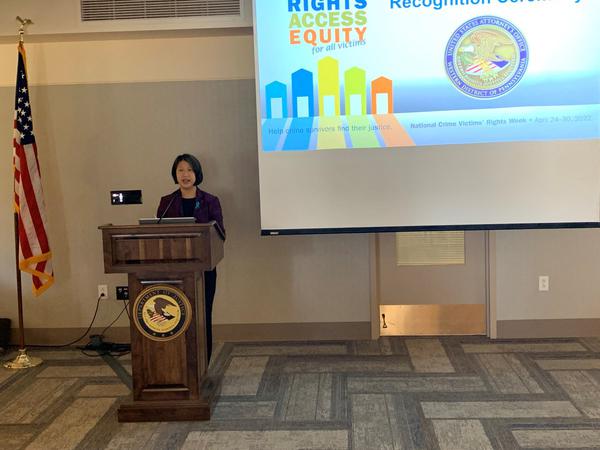 Millions of older Americans lose money to financial fraud and scams each year. Scammers will try to contact victims in person, on the phone, through the computer, radio, TV ads, email and text message. They often pressure targets to act quickly. But everyone has the power to stop scammers and the right to say “No.”

Six of the most common scams affecting older Americans are:
• Tech Support: Scammers pose as tech support and offer to fix computer problems that are not real. They ask targets to give them access to their computer and steal their personal information.
• Posing as Utility Companies: The scammer threatens to shut off utility service if a payment is not made immediately.
• Online Shopping: Scammers pretend to be a real business but have a fake website or a fake ad on a genuine retailer’s site.
• Business Imposters: Scammers send emails or text messages pretending to be a major retailer to get your money or personal information.
• Government Impersonation: Scammers pose as government employees and threaten to arrest or prosecute targets unless they agree to pay an amount claimed to be owed to the government.
• Romance Scams: Scammers pose as interested romantic partners and convince targets to give them money for various fictitious reasons.

The best way to avoid being exploited is to NEVER give out personal or financial information over the telephone or by email or text in response to a solicitation. Victims of financial fraud are encouraged to call the Department of Justice’s Elder Fraud Hotline at 833-372-8311.

To learn about types of financial scams visit www.consumer.ftc.gov/scam-alerts or www.elderjustice.gov/senior-scam-alert.

The law provides for a maximum total sentence of 20 years in prison, a fine of $500,000 or both. Under the Federal Sentencing Guidelines, the actual sentence imposed would be based upon the seriousness of the offenses and the prior criminal history, if any, of the defendant.

Assistant United States Attorneys Robert S. Cessar and Stephen R. Kaufman are prosecuting this case on behalf of the government.

The Federal Bureau of Investigation and the United States Secret Service conducted the investigation leading to the Indictment in this case.

An indictment is an accusation. A defendant is presumed innocent unless and until proven guilty.