The move is part of Chief Executive OfficerPat Gelsinger's strategy to restore Intel's dominance in chip making and reduceAmerica's reliance on Asian manufacturing hubs, which have a tight hold on themarket.

An initial $20 billion investment - thelargest in Ohio's history - on a 1,000-acre site in New Albany will create3,000 jobs, Gelsinger said. That could grow to $100 billion with eight totalfabrication plants and would be the largest investment on record in Ohio, hetold Reuters.

Dubbed the silicon heartland, it could become"the largest semiconductor manufacturing location on the planet," hesaid.

While chipmakers are scrambling to boostoutput, Intel's plans for new factories will not alleviate the current supplycrunch, because such complexes take years to build.

Gelsinger reiterated on Friday he expected thechip shortages to persist into 2023.

US House Speaker Nancy Pelosi said on Fridaythe House of Representatives would soon introduce a bill on competitiveness tohelp bolster semiconductor investment and supply chains. That would include the$52 billion funding.

US President Joe Biden touted Intel'sinvestment on Friday at a White House event with Gelsinger and again made thecase for congressional action. 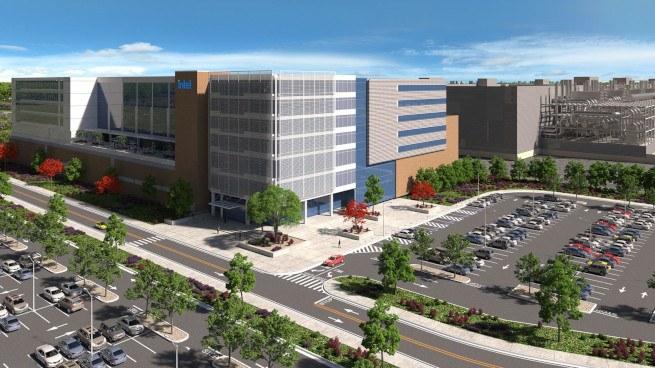 "China is doing everything it can to takeover the global market so they can try to out compete the rest of us,"Biden said.

Gelsinger said without government funding"we're still going to start the Ohio site. It's just not going to happenas fast and it's not going to grow as big as quickly."

THE CHIP FEAST AND FAMINE

Intel ceded the No. 1 semiconductor vendorspot to Samsung Electronics Co Ltd in 2021, dropping to second with growth ofjust 0.5%, the lowest rate in the top 25, data from Gartner showed.

As part of its turnaround plan to become amajor manufacturer of chips for outside customers, Intel broke ground on twofactories in Arizona in September. The $20 billion plants will bring the totalnumber of Intel factories at its campus in the Phoenix suburb of Chandler tosix.

It is not just Intel ramping up investments.Rivals Samsung Electronics and Taiwan Semiconductor Manufacturing Co or TSMCalso have announced big investment plans in the US And that's raising questionsabout a glut in chips going forward.

"We still have years in front of usbefore we're even having a semblance of supply demand balance," saidGelsinger. "Ask yourself what portion of your life is not becoming moredigital."

"Yes, the industry is growing, and maybethe metaverse solves world hunger for the semiconductor industry. But there isa big bubble coming," said Alan Priestley, an analyst at Gartner.

The U.S. build up comes as a tech war betweenthe US and China is causing a decoupling of certain technologies, such aschips. Companies looking to sell technologies to China are considering basingoutside of the US to avoid being snagged by US export control rules. China isalso investing heavily in its semiconductor manufacturing capacity.

While Gelsinger also touted the security andeconomic benefits of boosting US chip production on Friday, Bloomberg reportedin November that the Biden administration pushed back against a prior plan bythe company to boost silicon wafer production in China over national securityconcerns.

Intel has drawn fire for its decision todelete references to Xinjiang from an annual letter to suppliers after thechipmaker faced a backlash in China for asking suppliers to avoid thesanctions-hit region.

When asked about it in a briefing last month,White House press secretary Jen Psaki said she could not comment on the companyspecifically, but said "American companies should never feel the need toapologise for standing up for fundamental human rights or opposingrepression," reiterating a call to industry to ensure that they are notsourcing products that involve forced labor from Xinjiang and urging companiesto oppose China's "weaponizing of its markets to stifle support for humanrights."

Intel's Ohio investment is expected to attractpartners and suppliers. Air Products, Applied Materials, LAM Research and UltraClean Technology have shown interest in establishing a presence in the region,Intel said.

Construction of the first two factories isexpected to begin late in 2022 and production in 2025.