Despite lagging behind the world in terms of inflight connectivity, the number of connected aircraft in China has increased by almost a third over the last year. 2021 ended with a total of 842 connected aircraft in the Chinese fleet, up 188 from the year before. Good progress indeed, but still a meager portion of the almost 4,000 commercial planes in the country.

Getting on board with the inflight connectivity revolution has been slow going for Chinese airlines. Some carriers had installed the technology as long ago as 2011, with Air China operating the nation’s first WiFi compatible flight. However, the first installations beyond a trial basis didn’t begin until mid-2016.

The Ministry of Industry and Information Technology (MIIT) first approved China Eastern to use WiFi in flight back in 2015, although it was some time later before this approval translated into a usable service. It was 2018 before the Civil Aviation Administration of China (CAAC) gave its permission for WiFi to be used on smartphones and tablets in flight.

The CAAC approval in early 2018 opened the floodgates to airlines to being offering WiFi on a widespread basis. And what a long way it has come since. By the end of 2021, CAAC reports that 842 aircraft in the Chinese fleets are now capable of offering inflight connectivity, a number that has grown significantly just last year. 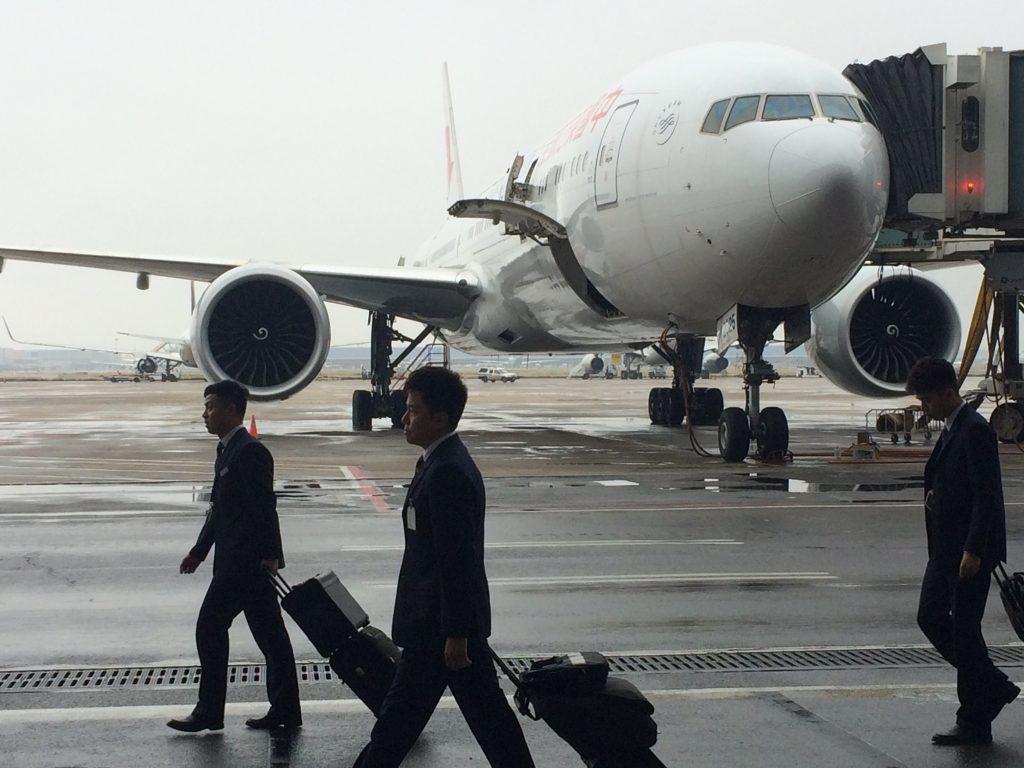 The 842 connected aircraft number is an increase of 188 from the year before. This represents 29% growth in the past 12 months – almost a third. According to the CAAC, more than 1.3 million passengers connected onboard their flights in 2021, which is all the more impressive when considering the challenging operating environment of the past couple of years.

All in, 23 different Chinese airlines were capable of delivering inflight WiFi by the end of 2021. However, only 213 of the aircraft provide connectivity outside of the cabin’s own intranet.

Although the growth is notable, the number of equipped aircraft is paltry when considered alongside the huge fleet of aircraft operated by Chinese airlines. In all, nearly 4,000 aircraft are registered in China, so there’s a long way to go before inflight WiFi becomes prolific.

What’s next in IFC for China?

While things are moving in the right direction, China still has some way to go before it catches up with the rest of the world on IFC. Nevertheless, Chinese airlines are keenly embracing WiFi technologies and lining up installations on more of their fleets for the coming year.

For many of these airlines, Air-to-Ground (ATG) is the solution du jour, with ground-based cellphone towers providing the bulk of the connection. Airbus and SkyFive are developing a 5G ATG solution for Chinese airlines, which promises faster connections and more bandwidth. And in the sky, the Ku-band APSTAR-6D entered service in 2021, adding significant capacity for satcom connections.

The digital transformation is not just limited to aircraft either. The CAAC identifies 234 airports that can offer a paperless journey to passengers, leveraging technologies such as e-gates, biometric boarding and e-enabled security checks. At airports with more than 10 million passengers a year, the country has introduced a streamlined security check service, and 66 airports have facial recognition technology in place.