What a difference a couple of quarters make. While I think a recovery in semiconductor demand was widely expected, the pace of that recovery, particularly in the auto sector, has caught the industry flat-footed, leading to soaring bookings and lead times. This intense demand is going to create some headaches for Infineon (OTCQX:IFNNY) (OTCQX:IFNNF) and its peers in the short term, as there is certainly double-ordering going on, but the long-term demand outlook remains bright on growth in autos, automation, high-performance motors, IoT, renewable energy, and other markets.

When I last wrote about Infineon I said that I preferred STMicro (STM) – that was the wrong call, as Infineon has outperformed STMicro by a noticeable amount since then. On the other hand, Infineon has “only” modestly outperformed the growth of the SOX (I say “only” as that’s still over 30% price appreciation in five months) and other auto-leveraged chip names like ON Semi (ON), NXP (NXPI), and Renesas (OTCPK:RNECF) (OTCPK:RNECY) have done even better, while Texas Instruments (TXN) joins STMicro among the laggards.

The investment case for Infineon today has a lot to do with your timeframe and tolerance for volatility. Long term, I think the return potential is decent (in the mid-to-high single-digits on an annualized basis), but I do think there will be turbulence in the near term as orders and lead-times normalize and some of the more extreme bullishness gets washed out.

Auto semiconductor demand is unquestionably running hot, driving strong growth across the sector in calendar Q4’20, including 39% yoy growth in Infineon’s Automotive (or ATV) segment. Segment margin more than doubled on that strong growth, and Infineon exited the quarter with a 1.5x book-to-bill. Now the “but”. Infineon management has echoed what STMicro said about auto demand exceeding production expectations. While pretty much all of the semiconductor companies say they’re shipping directly to demand (nobody is building/rebuilding inventories), the implied build rate in orders is something like 98M to 100M cars. That is well above the 85M forecast for 2021 from IHS, and I’d further note that most auto suppliers have been guiding to build rates modestly below the IHS number.

As I do believe that the industry is shipping straight into demand, I think the only way the numbers work is if auto customers are double-ordering (technically/literally likely more than just “double” ordering) – placing orders with multiple semiconductor companies above and beyond what they actually want, knowing that they won’t get all of what they want, but that they will likely get some of it. It’s inefficient and creates issues for the chip companies, but it’s nothing new.

I don’t know when lead times will shrink, but I do know that buying semi stocks into peaking lead times is basically playing a game of musical chairs and hoping you get a seat before the music stops.

Despite my shorter-term concerns about the auto sector, I am still bullish on the long-term opportunity in front of Infineon, as the growth of xEV production will drive demand for its valuable powertrain silicon (including IGBTs, SiC MOSFETs, and MCUs) as well as overall growth in chips related to advanced ADAS systems. 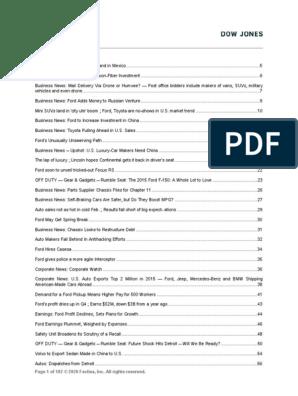 Infineon announced a third nine-figure design win for auto SiC IGBT, and I expect more wins in the future. Even those auto OEMs that want to insource their xEV powertrains aren’t going to be making their own IGBTs or MOSFETs, and likewise with the auto suppliers – Valeo (OTCPK:VLEEF) (OTCPK:VLEEY) won the inverter for Volkswagen’s ID.3, but it’s an Infineon IGBT (and MCU) inside.

I don’t believe there’s going to be a single walkaway winner in the xEV power semiconductor battle; Infineon is currently the only company supplying auto-grade modules and auto-grade trench MOSFETs, but STMicro, ON, and others are going to get their wins along the way as well.

Based on a teardown of that Volkswagen ID.3 conducted by UBS analyst David Mulholland (and the UBS auto team), Infineon has over $300 in powertrain silicon content and over $350 in total chip content. Think about the numbers when xEV production grows to 20% or so of 2025 new auto production and possibly 50% of 2030 production ($311 x 50M cars = $15.55B), and even if Infineon, STMicro, and others have to share, it’s a pretty big pie to be sharing. Clearly this is a crude calculation, but the point is simply to underline how significant the EV market opportunity is … and that’s only in the powertrain.

Work To Do Elsewhere

Infineon has many other attractive opportunities to drive growth above and beyond xEV autos. Industrial automation is going to happen, as is increased automation and electrification of commercial buildings and warehouses – all of which demands silicon. New motors for everything from power tools to appliances promise meaningful energy efficiency and performance advantages, but also need chips from Infineon. And to supply the power to run those EVs and factory robots, more solar panels will be needed, and Infineon’s leveraged there too.

That’s not to say that Infineon doesn’t have work to do.

The IoT opportunity is large, and was a major motivation for the Cypress deal, but the company’s positioning in MCUs and connectivity could be better. Infineon isn’t as well-positioned as STMicro in IoT MCUs (though Cypress has some good lower-power MCU capabilities), and the connectivity platform is largely WiFi and Bluetooth (including Bluetooth Low Energy), though with some capabilities in ZigBee, GPS, and NFC as well.

Those are major standards, and both WiFi IoT connectivity and BT/BT-LE IoT connectivity are likely to keep growing at a double-digit rate for several years, but I think Infineon needs to reinvest in MCU R&D and possibly consider some M&A to build out its connectivity assets. While it would be a pricey deal, a bid for Silicon Labs (SLAB), whether or not that company divests of its non-IoT businesses, could certainly bulk up the connectivity portfolio.

I’ve modestly upgraded my revenue growth expectations for Infineon, and I continue to expect high single-digit revenue growth over the next decade, fueled largely but not exclusively by the xEV/ADAS opportunity in autos. I do expect Infineon to enjoy strong initial market share in power silicon, but I also expect that more competitors will emerge over time, including Chinese chip companies like StarPower, CR Micro, and Wingpower, which may or may not get traction in North America and Western European, but almost certainly will in China.

While I was already expecting improved revenue mix and scale to drive FCF margins into the mid-teens, I see margin leverage going a little further a little faster, driving strong double-digit FCF growth. I’m also expecting meaningful improvement in operating margins in the short term, with 20% non-GAAP margin in FY’23 a definite possibility.

Infineon already trades at a pretty robust valuation relative to what the market typically pays for the sort of margins the company will generate over the next 12-24 months, and that’s part of the reason I believe the sector is destined to cool off at some point. On the other hand, the DCF-based fair value (which looks past just the next year or two) isn’t nearly so stretched, and I think you could reasonably expect a mid-to-high single-digit return even now.

My intention is to wait for lead times to start shrinking before moving back in aggressively, but there have been some pullbacks and underperformance in the sector that look interesting (like STMicro) even now. As I said before, how Infineon looks depends on whether you’re comfortable holding through (and possibly adding during) a pullback – if so, I think it’s a name to consider, but I do still think valuations are stretched across the sector and could correct at least a little further.