Imperial’s Faculty of Engineering is celebrating its research being ranked best in the UK for both computer science and engineering.

The College ranks top in the UK overall in the Research Excellence Framework 2021 – with a greater proportion of 4* “world-leading” research than any other UK university. The results confirm Imperial’s status as a world-class research university.

This is an outstanding result for the whole of the Faculty and College, and is testimony to the talent and hard work of all our staff and students. Professor Nigel Brandon Dean, Faculty of Engineering

In Imperial’s Faculty of Engineering the quality of research was rated top in the UK for both the ‘Computer Science and Informatics’ and ‘Engineering’ units of assessment – together encompassing all ten Departments in the Faculty.

Professor Nigel Brandon, Dean of the Faculty of Engineering at Imperial, said: “This is an outstanding result for the whole of the Faculty and College, and is testimony to the talent and hard work of all our staff and students. I am immensely proud of everything we have achieved together.”

Seventy-five per cent of its Engineering submissions were deemed to be of world-leading (4*) quality, with the majority of the remainder judged internationally excellent (3*).

The quality of research in the Faculty is outstanding, particularly in the Department of Computing, which is beyond best in its subject. Professor Julie McCann Vice-Dean (Research), Faculty of Engineering

Both these units of assessment fall under Imperial’s Faculty of Engineering - a hub of the highest quality research and translation across the engineering and computer sciences, which attracts more £100million of research funding per year.

Professor Julie McCann, Vice-Dean (Research) for the Faculty, said: [TBC] “The quality of research in the Faculty is outstanding, particularly in the Department of Computing, which is beyond best in its subject.”

Professor Michael Huth, Head of the Department of Computing at Imperial said: “The sheer talent, dedication, and collegiality of our students and staff form the foundation on which our research can thrive. This has shone through with this brilliant success.”

Here are just a few of the Faculty of Engineering Impact case studies submitted for REF 2021 that contributed to the Faculty’s results:

Imperial researchers have developed new digital techniques and biomarkers to help detect, diagnose and treat neurological diseases such as Alzheimer’s, Huntingdon’s and Parkinson’s. The techniques, developed by Professor Daniel Rueckert and his team in the Department of Computing, use artificial intelligence to analyse and interpret brain MRI scans – crucial information that helps clinicians diagnose disease and spot brain changes during treatment.

The techniques are now routinely used in clinical trials to test the efficacy of new neurological drugs. Also used are their newly developed biomarkers – indicators of disease state, like the volume of brain matter in certain regions, which can tell us about disease progression. Under spin-out company IXICO the techniques have been used in more than 2,000 imaging centres thus far and analysed more than 100,000 brain MRI scans. 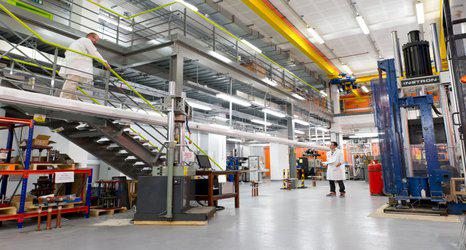 Transport is the largest emitter of greenhouse gases in the UK, with the vast majority of emissions coming from road vehicles. To meet the government’s “net zero by 2050” goal, the transport sector must be revolutionised.

Replacing steel in car panels with lighter aluminium halves a car’s weight, meaning a 35% reduction in CO2 emissions and a 35% increase in electric vehicle travel range. Professor Jianguo Lin’s team in the Department of Mechanical Engineering has produced over 100,000 units of aluminium car panels through a spinout company called Impression Technologies Limited.

Professor Ricardo Martinez-Botas’s team of the same department has designed better turbochargers which enable engines to be downsized and improve fuel economy, to reduce CO2 emissions. Imperial designs are in production at Mitsubishi Heavy Industries to the tune of 2.2m units, as well as Caterpillar and Daimler AG.

Imperial spinout Ceres Power, co-founded by Professor Nigel Brandon at the Faculty and Professors John Kilner, Alan Atkinson and the late Brian Steele from the Department of Materials, has also developed a high efficiency, fuel flexible system, currently being deployed to extend the range of electric buses. Ceres Power now has a market capitalisation of £1.3billion.

The Centre for Blast Injury Studies (CBIS) brings together engineers, scientists and clinicians to advance the mitigation and treatment of military and civilian victims of blasts. Led by Professor Anthony Bull in the Department of Bioengineering,

CBIS research has influenced the design of armoured vehicles for resilience against blasts. Drs Angela Kedgley and Spyros Masouros’s team’s research on quantifying injury risk has also influenced purchasing decisions for 108, 500 pairs of new Army gloves. Its work on blast injury treatment has confirmed the correct application of pelvic binders which help stop bleeding following pelvic fractures – one of the severest and most life-threatening blast injuries.

Under the guidance of Dr Emily Mayhew of the Department of Bioengineering, CBIS has also co-developed and distributed 2,300 paper copies of the Paediatric Blast Injury Field Manual – the first manual of its kind that helps medics in war zones to treat child victims of blasts. The digital versions, which are available in five languages, have been downloaded 1,108 times thus far.

Rapid testing for COVID-19 and other diseases

Imperial's Regius Professor Chris Toumazou led a team focused on innovative research in preventative healthcare and early detection, helping clinicians to rapidly diagnose, monitor, and treat diseases with confidence at low cost by applying microchip technology to medical devices. Through his spinout company DnaNudge, Professor Toumazou, of the Department of Electrical and Electronic Engineering, applied his innovations to COVID-19, creating a highly accurate, lab-free PCR test that delivers results in around an hour.

The “CovidNudge” test is now in use in numerous NHS hospitals – including across London – and in healthcare settings worldwide. The tests were also used by arts organisations including the Royal Opera House and the Royal Ballet, where DnaNudge delivered regular testing on-site to performers and staff, and the London Symphony Orchestra.

Localisation and Mapping for Robotics and VR/AR

An Imperial team, led by Professor Andrew Davison and Dr Stefan Leutenegger in the Department of Computing, has made a sequence of highly influential advances in SLAM algorithms: (i) drift-free long-term 3D localisation; (ii) detailed scene reconstruction; and (iii) semantic mapping to localise objects.

These new algorithms have been used as key features in Dyson’s first ever robotic products, the Dyson 360 Eye and Heurist robot vacuum cleaners. Imperial spin-out SLAMcore is commercialising a broad range of other applications in commercial and consumer robotics. SLAM is also used in tracking and mapping for virtual and augmented reality, and Imperial’s algorithms have contributed to Microsoft’s Kinect and Hololens products as well as systems at Meta/Oculus via the acquisition of startup Surreal Vision.

Graphics processing units (GPUs) are computer processors that are well-suited to machine learning, computer vision tasks required for autonomous driving, as well as enabling high-fidelity computer graphics. GraphicsFuzz, a tool that automatically finds bugs in compilers for GPUs, is based on fundamental advances in metamorphic testing pioneered by Professor Alastair Donaldson in the Department of Computing.

The research led to the launch of GraphicsFuzz Ltd., which was acquired by Google in 2018 for an undisclosed sum. Since then, Google has open-sourced the GraphicsFuzz tool and now uses it to find serious defects in graphics drivers that affect the Android operating system (estimated 2.5billion active devices worldwide) and the Chrome web browser (used by an estimated 66% of all internet users).