Days ahead of Hindustan Times’ ClassAct 2022, the country’s biggest online school quiz, its host Dr Navin Jayakumar gave an insight into the art of winning quizzes.

Dr Jayakumar, a quizmaster who also is an ophthalmologist by profession, told HT that quizzing is not just about mugging up facts, it is a sport that uses snippets of general knowledge and reasoning.

Dr Kumar is all set to host the ClassAct 2022 on January 23 along with fellow quizmaster, Avinash Mudaliar. Here are some excerpts from his interview:

Thousands of people used to throng the Music Academy every Independence Day to catch a glimpse of you. As one of India’s most prolific quizmasters, tell us a little about your journey.

I didn’t get a chance to quiz in school as they would only pick the first three rankers in class back then, and I was nowhere in that list (laughs)! Oddly enough, my quizzing journey began as a Quizmaster and not as a quizzer! My first splash in the pool (as a Quizmaster) was in 1980 when I joined Madras Medical College and a senior asked me to frame a set of questions and conduct the inter-collegiate quiz; I haven’t stopped since then (laughs)! I hosted a couple of quizzes for the Madras Book Fair, but my first big professional quiz was for the Murugappa Group in 1988 when historian Mr. S. Muthiah was keen to celebrate the 350th anniversary of the founding of the city of Madras with a quiz and asked the Murugappa Group to rope me in as the quizmaster. And then came the Landmark Quiz in 1988. Eventually, I became synonymous with the Murugappa Madras Quiz and the Landmark Quiz.

Dr. Navin Jayakumar, the ophthalmologist, pianist, and quizmaster! How do you juggle your profession with your interests?

I think if one is interested in something, you make time for it. In fact, one must pursue as many interests as possible. Being an ophthalmologist, a pianist and a quizmaster helps me connect between different fields with ease, which is a key trait in quizzing. Quizzing is not about mugging up some facts; it’s a sport that uses snippets of general knowledge and reasoning. I feel it’s never too late to pick up a skill or a sport. I finished Trinity Grade 6 at 42, and I’m focussed on completing Grade 8, even if it’s going to be when I’m 74 (laughs)! I firmly believe that one can pursue their interests and passions anytime, and age is not a deterrent to passion! You just need to have an open mind.

Your trademark questions have multiple levels of understanding to help students narrow down on the answer. How do you frame questions and prepare for a quiz? 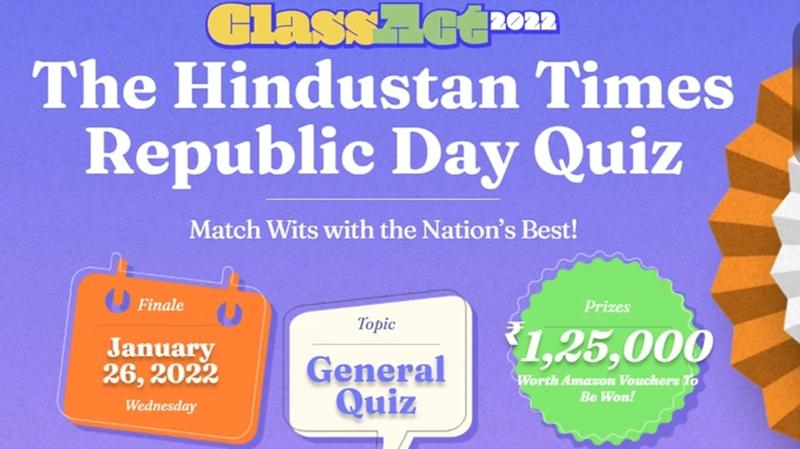 India has very few women quizzers and your mother, Saranya Jayakumar Ma’am, has carved an undisputed niche for herself in this male-dominated space. What is the influence she has had on your life, and why there are so few women quizzers?

My mother has been a big influence on me entering the quizzing arena. She used to be an ace quizzer during her college days in Presidency College, Chennai. Post her college quizzing days, she got married and had a family of 4 kids, which eventually resulted in quizzing taking a back seat. She actively took up quizzing again when I was in Class 10 upon the insistence of a cousin who was visiting Calcutta and needed a teammate to participate in a quiz. In a way, our quizzing lives started parallelly, in two different geographies—Calcutta and Madras.

During my mother’s early days as a quizzer, there were hardly any women quizzers. Fortunately, this scene is changing for the better and the participation of women and girls in quizzing is on an increasing trend, with several women quizzers, such as Jayashree Mohanka and Ramya Mudaliar, in the fore.

Avinash Mudaliar and you have had a long association from a participant to a quizzer to a fellow quizmaster. Tell us a little about your association with him. How is Avinash as a teammate?

Avinash is good fun as a teammate. He is very excitable and enthusiastic. This will be the first time that we will be conducting a quiz together, and I am eagerly looking forward to it! We are in an unchartered territory right now, with 30k+ registrations, and we’re hoping for a great run! Our intention is that everyone has fun and goes back happy knowing that they answered some questions correctly and learned something new.

What are some of your most memorable questions and reactions to answers?

In a particular edition of the Northstar Quiz, we were in the fifth place at the end of the penultimate round. We had only four questions left, and I answered three in a row. We had to answer the last question correctly to win the quiz. The last question was, ‘Why is a baby dolphin born tail first?’ My medical degree sprang to the rescue, and I quickly related those dolphins were mammals and they needed to breathe air! I quickly answered: The baby dolphin comes out tail first so that it can take in air before going into the water. And voila, that was right! That’s the fun of quizzing—being able to deduce answers! We won that quiz and this memory stands etched in my mind forever.

You have your hands full with ClassAct 2022, the Hindustan Times Republic Day Quiz. What should students expect in terms of the type of questions and the format?

There will be questions from History, Geography, Science, Language and Literature, Sports, Culture and Lifestyle, and Art and Entertainment. ClassAct 2022 is a general knowledge quiz and will not be limited to questions around India or the Republic Day. The questions in the Prelims and the Finale will be a blend of text-based and picture-based MCQs and Fill in the Blanks. Having said that, students don’t have to stress over preparing for this quiz. They only need to come and have a great time.

Do you feel that technology has improved access to quizzing? Is it easier for quizzers to participate in quizzes now?

Undoubtedly! Technology has improved access to quizzing as it has broken down all physical and geographical barriers. I have quizzed more in the last two years than I have in the last decade! Thanks to virtual quizzing, I now have quizzers from all over the world as teammates. It’s interesting to meet different people and make new friends! No matter what happens in the future, online quizzing is here to stay.

How can parents inculcate the habit of quizzing in their kids from a young age?

Quizzing begins with reading, and parents have a big role to play in inculcating the habit of reading in their kids. At home, we discuss trivia over supper, and it helps create a strong bond. I would suggest that families make it a supper-time ritual to share interesting trivia; it’s a great way to stay connected and updated!

Another way to hone one’s quizzing skills is to participate in as many quizzes as you can and make note of the questions that you couldn’t answer. Record these questions, read up on the answer in detail and make a note so you can recall them before your next quiz! This will help students improve their knowledge greatly. Every quiz is a stepping stone towards becoming a great quizzer! So, have fun learning, and we’ll catch up with all the action in ClassAct 2022, the Hindustan Times Republic Day Quiz.