To hear more audio stories from publications like The New York Times, download Audm for iPhone or Android.

The novelty coins are simple, glistening tokens of admiration for former President Donald J. Trump. They’re also one of the hottest products going.

There’s a style for every taste, each featuring a portrait of Mr. Trump. Sometimes he’s rendered in gold, staring thoughtfully into the distance. In others he’s smirking in silver, raising a thumb’s up, or even riding a missile while a bald eagle soars behind him. 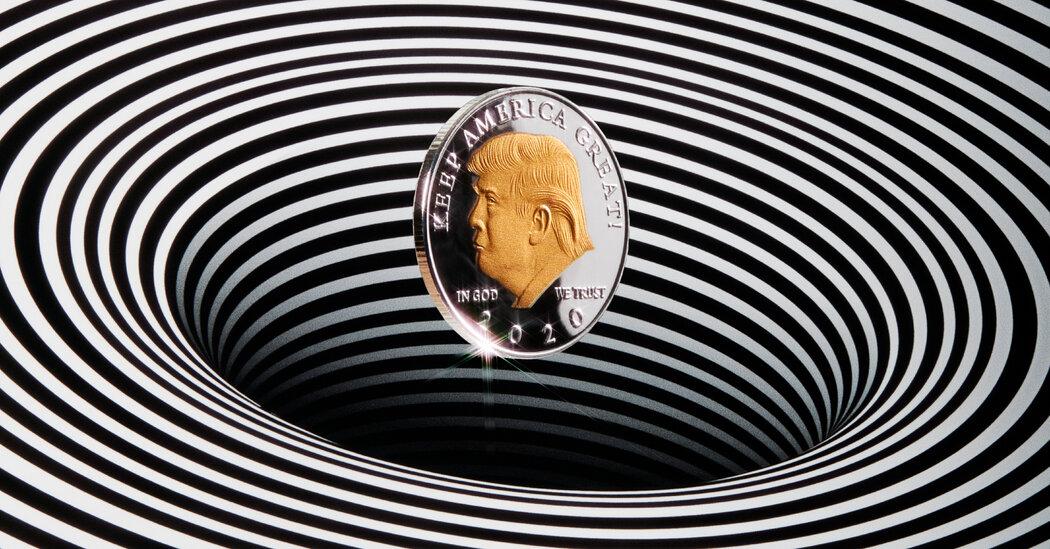 Among all the options, one version stands out. Known online as simply the “Trump coin,” it has become a favorite of right-wing social media and fringe news sites. It’s advertised between claims of stolen elections or conspiracy theories about global cabals. Some ads even describe the coin as a kind of cryptocurrency, suggesting it would soon be worth thousands.