Home » Technology » How to use adoptable storage on Android 6.0 Marshmallow

(Pocket-lint) - One of the features in Android 6.0 Marshmallow that hasn't gained many headlines is called flex storage or adoptable storage (Google uses both terms).

The new feature will allow you to use external storage on your device as internal storage. It's likely to be popular, as you'll be able to buy a more affordable device with low internal storage and boost it cheaply by adding a microSD card.

Although it's added to the list of Marshmallow features (and included on the list on android.com), Google hasn't said much about it, perhaps because Nexus devices don't have a microSD card slot.

We've been using the HTC One A9, the first device to launch with Android 6.0 that has a microSD card slot, so have been able to test out adoptable storage. We've also found it supported on the updated HTC One M8, a great boost for our device that only had 16GB of internal storage originally.

How to use adoptable storage

Using adoptable storage is simple, but there are some things you need to know: firstly, your storage card will have to be formatted so all the content will be wiped; secondly, you'll not be able to hot swap it, as it will only work in the phone you set it up on.

To enable adoptable storage on your Android 6.0 Marshmallow device, all you have to do is head into the Storage & USB area in settings, tap on the microSD card and you'll see the option to "format as internal". Select this option and the process starts, warning that you'll lose all the data on the card.

Once formatted, you're given the option to migrate data to the new storage, freeing up space on the original internal storage. That's all there it to it - then when you look at your storage details, it lists both as internal storage.

If you want to know what is stored in each section, you can tap through and explore the contents, seeing what apps are living in which area.

We found that some big apps (games) found their way onto the newly appointed storage and for those games that run to several gigabytes, adoptable storage will mean you don't have to worry about running out of space. But you will have to remember that once you've committed a card to it, it's then loaded with data, so use the biggest card you can for maximum benefit. 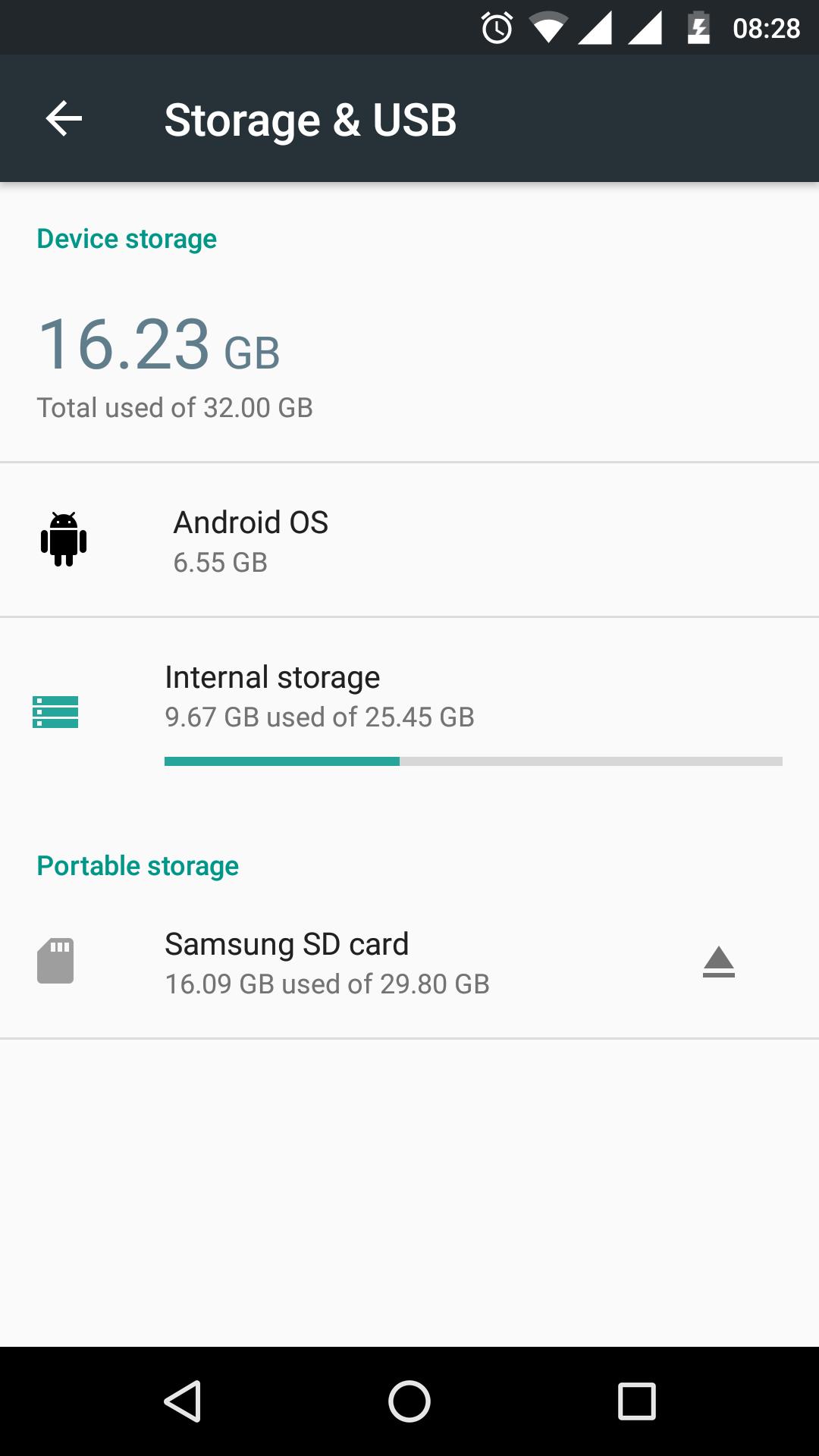 That's all there is to it. We used a UHS-I card and we haven't noticed any performance difference, although there's the chance that reading and writing to the microSD card could be slower than the original internal storage.

For now you'll be waiting for the Android 6.0 Marshmallow update for your phone before you'll get to use this more flexible storage solution.

With a new range of Android 6.0 Marshmallow devices hitting the market in 2016, it would be natural to assume that you'll have plenty of options. Well that assumption would be wrong. Although we've seen updates to HTC's legacy devices that support this feature, there's bad news coming from the LG and Samsung camps.

Both LG and Samsung have confirmed that the Galaxy S7 models and the LG G5 won't support the feature. Samsung went as far to say that this was because it thinks people will want to use microSD to move files back and forth between devices, which adoptable storage doesn't allow. The cynic in us suggests that it's actually because companies won't be able to sell you higher capacity devices at higher prices if they do support the feature.

Certainly, if you're in the market for a new handset running on Marshmallow, it's worth checking what the position is with regards to adoptable storage.