Research into the therapeutic potential of psychedelic drugs was pioneered by psychiatrists way back in the 1950s, but the emergence of advanced technologies in pharma appears to have breathed new life into the field.

As interest in the psychedelics market gains stream, a number of drug companies are now employing artificial intelligence (AI) methods in their search for new psychedelic compounds to treat a range of mental and physical conditions.

One in four people in the UK will experience some kind of mental health problem every year, and figures are almost identical in the US. Despite this, treatments for psychological conditions are relatively limited – and for many patients, the drugs that are available come with side effects that negatively impact their quality of life.

Psychedelics are hallucinogenic drugs that alter a person’s perception and mood and affect their thought processes. Numerous studies have suggested that these psychoactive substances hold promise as mental health treatments; one, for example, found that psilocybin-assisted psychotherapy could offer long-term relief from cancer-related mental distress, while a trial using LSD saw reduced anxiety in those with life-threatening illnesses.

Blockchain in pharma: opportunities in the supply chain

Counting the cost of failure in drug development

How AI could unlock the medical potential of psychedelics

It makes sense, then, that researchers and drugmakers alike are excited about psychedelic drugs’ potential to offer radical new treatment options to those living with mental health conditions.

Enveric Biosciences is a US-based biotech using AI to uncover mental health and oncology therapies based on cannabinoid- and psychedelic-derived molecules. CEO Joseph Tucker says the last few decades of research into the human brain has put us in “a much better position” to design new therapies. 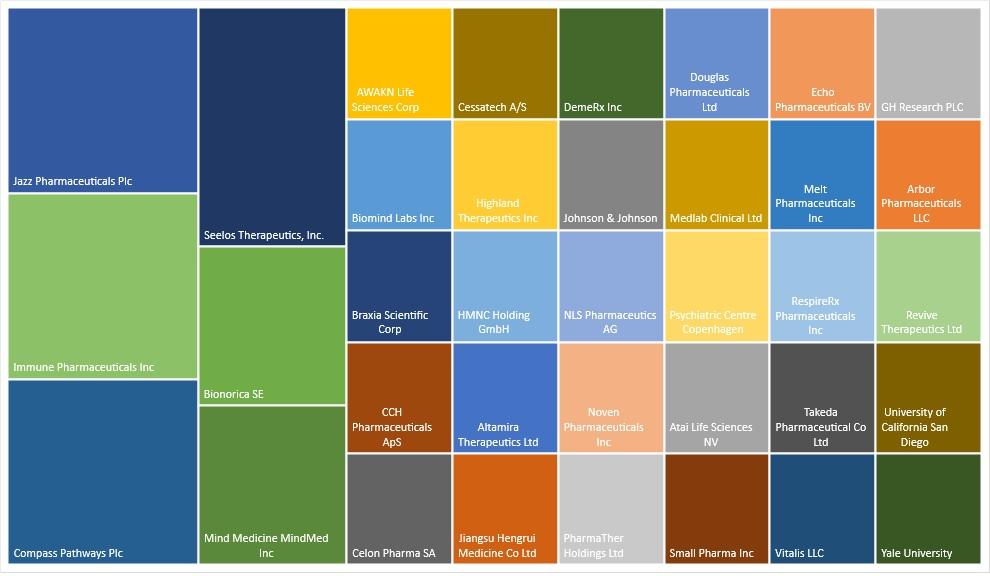 “Psychedelics, in particular, are one class of molecules where it’s so clear that they have very potent effects on the brain,” Tucker says. “It’s so exciting to have this opportunity in such an unmet medical needs space.”

Enveric’s lead psychedelic compounds, which are both in the discovery stage, target cancer-related distress and post-traumatic stress disorder (PTSD). A significant proportion of people living with cancer have a mental health disorder, Tucker says, and this can contribute to less successful cancer treatment outcomes.

Cancer-related distress psychotherapy with an associated psychedelic agent, Tucker says, , is one of the most likely areas where you’re going to see a benefit.

Data, insights and analysis delivered to youView all newsletters By the Pharmaceutical Technology teamSign up to our newsletters

PTSD is another area of very significant need, where it’s likely that either a psychedelic, or a psychedelic with reduced visual and auditory hallucinations, could have a powerful impact, he adds.

So, if psychedelic compounds are so promising, why are so few pharmaceutical companies exploring them?

Research into psychedelics for psychiatry thrived – and demonstrated great promise – in the 1950s and 60s, before the rise of hippy counterculture and psychedelics’ recreational use led to the substances being outlawed in the US. The Controlled Substances Act of 1970 classified psychedelics as Schedule I drugs, meaning they were considered to have no medical value.

Psychedelics’ controversial history “set the whole field back decades and decades”, and has left most drug companies hesitant to venture into the space, Tucker says.

“A smaller piece of [the problem] is the recognition that with the classic psychedelics … the pathway of hallucinations is very similar to a psychotic break,” he says, so there is some risk of inducing a such an episode. “That worries the big pharma companies who would normally break ground here. That, coupled with the big regulatory prohibition which was put on [psychedelics], really set the field back.”

“You really had to be a rebel for the last 30 years to get any work done – swimming against the current, if you will.”

‘AI is going to be essential’

Identifying the most promising pharmaceutical compounds from a countless number of potential candidates is no small feat. Luckily for the psychedelics field, which Tucker says is “playing catch-up” after decades of stalled progress, advancements in AI have massively accelerated and optimised the process.

Enveric isn’t the only company harnessing AI to tap into the medical potential of psychedelics. UK-based biotech April19 Discovery, which designed Enveric’s AI platform PsyAI, employs machine learning to discover novel psychedelic compounds that could carry minimal adverse effects, such as cardiac complications, while maximizing clinical benefit. Its deep-learning technology screens millions of molecules to generate compounds that could effectively treat conditions such as depression, anxiety, addiction, and chronic pain.

April19’s recent collaboration with scientific information specialist CAS not only resulted in a number of compounds that CAS analysts identified as being “very innovative”, but found several compounds that were previously disclosed or had a high risk of overlapping with existing patent claims.

For Tucker, AI is crucial to unlock the potential of psychedelic drugs. The company’s PsyAI drug discovery platform, which utilises machine learning and other computational methods to screen the company’s portfolio of molecules, named the Psybrary, is designed to achieve three different goals. First, understanding the drug’s effect on the body and what the body does to the drug. Second, determining whether the molecule is binding to the receptors required to produce the desired therapeutic effect. Last – and unique to his company, Tucker says – predicting any side effects the therapy may cause before it enters human trials.

“AI is going to be essential in order to design completely new molecules,” Tucker says. “Without AI, it would take us another 20 years.”

American biotech EntheogeniX was launched in 2019 with a mission to develop new treatments for conditions such as depression, bipolar disorder, and schizophrenia through psychedelic research. A joint venture by biopharma atai Life Sciences – which invests in psychedelic drug research and companies – and drug discovery company Cyclica, EntheogeniX leverages Cyclica’s AI-enabled computational biophysics platform to generate the most promising psychedelic drug candidates for its target indications.

When will we see psychedelics on the market?

In 2019, the US Food and Drug Administration (FDA) approved Spravato, Janssen’s esketamine nasal spray for the treatment of depression, and the regulators granted psilocybin Breakthrough Therapy status for the treatment of major depressive disorder that same year. As we speak, a bill to legalise therapeutic psilocybin currently being considered by Washington legislators. With a total of 58 clinical trials assessing psychedelic drugs currently underway worldwide, it’s not unreasonable to feel as though we’re on the cusp of a medical revolution.

Emerging in pharma almost in parallel, AI and psychedelics are “natural partners”, Tucker says – and, judging by the number of companies sharing his approach, he’s not the only one who seems to think so.