Home » Technology » Herald: Let’s try to vote out winnable and vote in for ethics

We find that winning elections by hook or by crook seem more important than the lives of the people. Our votes have no sanctity as can be purchased in cash or kind and those whom we vote jump ship at their convenience to become crorepatis. The only time everyone in Parliament is on the same page is when they hike their own salaries or perks.

The Election Commission has hiked the poll expenditure of each candidate from Rs 20 lakh to Rs 28 lakh tax free! The latest gimmick is bestowing on Pratapsingh Rane by cabinet fiat “Lifelong Cabinet Status”. This is without precedence and discussing the legal, moral and financial implications. The majority ruling party is bulldozing important bills without discussion and being a law unto itself! Politicians are elected for a five-year term and not to hang on or become dynast legacies of families and their henchmen. Isn’t it high time to fix the root cause of failing democracy?

The Association of Democratic Reforms (ADR) recorded 24 Goa MLAs changed parties in five year tenure, unparalleled anywhere else in India. This shows callous approach to ethics and utter disrespect to mandate of voters! Despite Supreme Court (SC) and Election Commissions (EC) of yore suggesting amendments to the Representation of People’s Act and Electoral laws, our politicians do not want to change their powerful and lucrative self legislated ways where the people are slaves for five years of their rule until the next lucrative elections!

The people shamefully must take equal blame for choosing politicians who can personally or illegally benefit themselves as a quid pro quo. The Covid pandemic which has taken such a terrible toll on all of us, has not yet opened our minds to beware that nature will attack us to extinction if we ignore/keep destroying it by not controlling political “development”! The citizen must be able to exercise control on our permanently ensconced representatives, elect only trustworthy, morally upright people who understand science, technology and finance, put back in place our check and balances institutions to competently advise and manage this onerous task irrespective of gender, caste, religion and “winnability”. 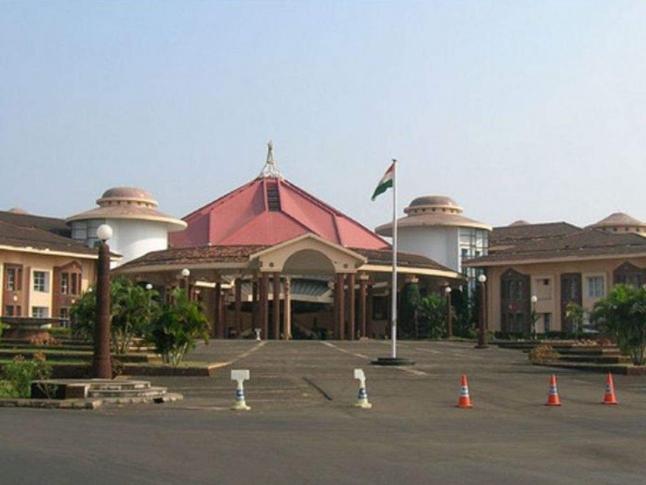 To fix our system, it is obvious that we the people have to care for each other to be able to force public interest Electoral Reforms. We are preaching Vasudeva Kutumbakam when we ourselves are deeply hatefully polarised! The first obvious thing is to be able to elect untainted honest candidates. The electorate has no choice but to elect from those given tickets by the various parties which choose “winnable” candidates who can bribe, use strong arm tactics or seduce people to vote for them. The government has just enhanced the poll expenditure limit for a candidate from Rs 20 lakh to Rs 28 lakh on recommendation of the EC! This cozy nexus where the common man has no chance to be broken!

Another one is religion, caste, dynasty and professional politicians’ nexus that has a stranglehold stifling Constitutional Democracy and dictating policy and vision, degenerating both into toxic relationships and dividing to rule their inevitable aftermath!

The SC and EC which must remain strongly independent and autonomous have been trying to prod the government to reform the electoral laws to debar tainted candidates, control electoral expenditure, enact and implement effective anti-defection laws so far without success.

The people have NOTA which can be a powerful tool in their hands to reject “winnable” candidates and force parties to consider worthy candidates, but the legislatures have rendered it ineffective! The sanctity of the electoral manifesto, transparency and accountability in electoral funds/expenses, corporate and foreign donations from all sources, no exemption from income tax and consequences for non-compliance are some of the vital electoral reforms to breed vitality into our Democracy! The question of ballot machines possibility of rigging and also results declared by our system of first past the post or in future by proportionate number of votes is also a subject for discussion.

And finally we come to the present scenario of looming elections and what the average voter is faced with. Do we choose a party the best from the alternatives? Then vote regardless for whichever person that party has chosen? Will there be frantic jumping ship/realignment post election with voters watching helplessly in dismay? With so many independent parties high on ego/self aggrandisement, the BJP with its fine tuned electoral machine, propaganda, power, money and government administration in its control will be difficult to overwhelm.

The survival of Goa and way of life is at stake. Let’s live happily with unity in diversity, the holy book the Constitution, the Centre, States, Executive, Legislature, Judiciary and the Fourth Estate working in harmony restoring true democracy.

Let us vote out the old winnable candidates for the right ones, get a government which will ensure we can live healthily and peacefully ensuring our basic “roti, kapada and makan” made affordable. That we can mutually trust and respect, keep away from corruption and scams whilst delivering us and themselves from all evil and temptation to rule rather than serve us!

(The author is a retired naval officer, freelance writer resident in Porvorim)