THAT WAS FAST: Just over 24 hours since its launch, former Sen. Heidi Heitkamp is leaving the new lobbying firm Actum after a backlash over potential conflicts of interest with her previous nonprofit and advocacy work.

— “Since the announcement that I would be joining Actum, I have had several conversations with organizations and individuals who have raised the potential conflicts of interest with Actum and my continued advocacy and non-profit work,” Heitkamp said in a statement. Though Heitkamp noted that she does not view her role as co-chair of Actum’s Washington office as conflicting with her other work, “I do believe that integrity demands that we avoid an appearance of conflict of interest.”

— “So, at this time it is best to discontinue my relationship with Actum, so that Actum can build on, and focus on, its work in representing its clients in industry and in the non-profit world without any distractions,” she said.

— Actum, of course, launched yesterday with Heitkamp and former White House acting chief of staff Mick Mulvaney heading up the Washington, D.C., office, along with other veteran lobbyists who defected from Mercury Public Affairs in the fall. Heitkamp has been involved in some advocacy work since losing reelection in 2018. Just Wednesday, the former senator joined the leadership council for a pro-natural gas advocacy group that looks to promote the use of fossil fuels in a transition to cleaner energy.

— Heitkamp railed against Democratic plans to target the provision in cable appearances on CNBC, where she is a contributor, despite months earlier referring to such tax breaks as “one of the biggest scams in the history of forever” on ABC News, where she is also a contributor.

— She also formed an organization called the One Country Project with former Sen. Joe Donnelly (D-Ind.) after they both lost reelection in 2018 to help Democrats make gains with rural voters. Donnelly also joined the lobbying firm Akin Gump Strauss Hauer & Feld as a senior adviser before he was confirmed as Biden’s ambassador to the Vatican earlier this month.

Happy Friday and welcome to PI. Send lobbying tips: [email protected]. And be sure to follow me on Twitter: @caitlinoprysko.

FARA FRIDAY: Here are a few Foreign Agents Registration Act filings that caught PI’s eye this week, as part of our semi-occasional roundup. NSO Group, the Israeli spyware provider blacklisted by the Commerce Department last year, has hired the law and lobbying firm Paul Hastings to help the embattled company engage with government officials, according to documents filed with the Justice Department this week.

— Paul Hastings’ Timothy Dickinson, an export law expert at the firm, will work on the account, which comes with a $10,000 monthly retainer fee. Informational materials filed with DOJ this week alongside a copy of the contract offer a glimpse at the nature of Dicksinson’s work for the company. In a Jan. 7 letter, Dickinson wrote to Lisa Peterson, the acting head of the State Department’s Bureau of Democracy, Human Rights, and Labor, applauding a new initiative announced at the White House’s democracy summit in December to curb abuse of spyware or other cyberweapons like NSO’s phone hacking software by authoritarian actors.

— In a joint statement, Australia, Denmark, Norway, and the U.S. pledged to work on a code of conduct for such technologies, and to use export control tools, like the Commerce Department’s blacklisting to block American companies from selling products to NSO, “to prevent the proliferation of software and other technologies used to enable serious human rights abuses.” 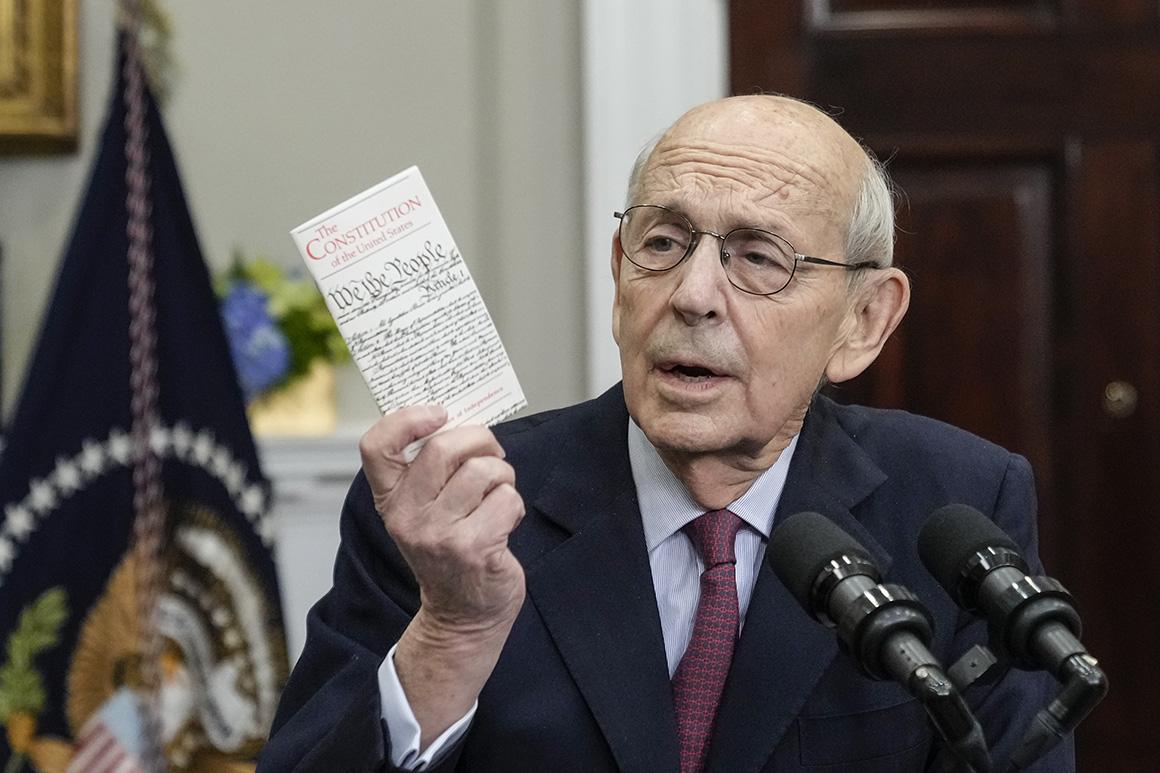 — The initiative came after a series of stories detailing how NSO Group’s technology had been used by governments to spy on journalists, political opponents, and activists — the latest of which is a lengthy report in New York Times Magazine today — and despite lobbying from Israel, which the Times report shows has used the hacking software to advance its foreign policy priorities.

— In his letter to Peterson, Dickinson offered to “share the processes we have developed and the industry standards we have sought to embed, to help prevent serious human rights abuses within our sector and help address the serious issues identified by all the relevant parties.”

— Paul Hastings isn’t the only lobbying help NSO Group added this year, after the company’s majority stakeholder Q Cyber Technologies parted ways with Mercury Public Affairs last year. The company hired David Tamasi of Chartwell Strategy Group (as a subcontractor of Pillsbury Winthrop Shaw Pittman) for “strategic communications counsel” in December, according to a copy of a contract filed with DOJ earlier this month.

— Meanwhile as tensions in Europe ratchet up over a potential Russian invasion of Ukraine, two Ukrainian entities have added a former aide to the Senate Foreign Relations Committee’s top Republican to their lobbying team.

— Yorktown Solutions’ Caleb McCarry, a former GOP staffer for the committee, joined the firm’s accounts for Ukraine’s oil and gas lobby, the Federation of Employers of the Oil and Gas Industry, and the Civil Movement for a Just Ukraine, a nonprofit founded by Ukrainian veterans with ties to the 2014 Ukrainian revolution, according to documents filed with the Justice Department last weekend. Yorktown represents both groups on $960,000 annual contracts.

CHAMBER FIRES A WARNING SHOT OVER FED NOMINEE: “The U.S. Chamber of Commerce on Thursday sent an unprecedented letter to lawmakers raising concerns about Sarah Bloom Raskin, President Joe Biden's nominee as the Federal Reserve's vice chair for supervision, and her calls for federal regulators to transition financing away from the fossil fuel industry,” per Reuters’ Andrea Shalal.

— “The U.S. industry lobby group urged leaders of the Senate Banking Committee to question Raskin about those statements and her criticism of the Fed for allowing oil and gas companies to access emergency pandemic funds, among other issues.”

— “Tom Quaadman, executive vice president of the Chamber's Center for Capital Markets Competitiveness, said the trade group had never before sent a public letter questioning a Fed nominee, but noted the group had stopped short of opposing her nomination outright, at least for now.”

— “‘If you have someone who is coming up for the lead position on safety and soundness regulations, and they actually want to cut off an industry from the banking system, that starts to raise questions,’ he told Reuters. Quaadman said Raskin's views would have ‘ramifications’ for the U.S. and global economy, and the Chamber wanted to be sure that her policies were based on ‘solid data and input and not political ideology.’”

MORE CRYPTO MONEY TO FLOOD INTO MIDTERMS: “A group of crypto financiers said Friday it's launching a super PAC that aims to spend more than $20 million to support congressional candidatesahead of the November elections,” POLITICO’s Sam Sutton reports. “The backers include a top executive at the digital currency trading platform FTX, as well as SkyBridge Capital, the hedge fund led by former Trump communications director Anthony Scaramucci, who is trying to start a Bitcoin investment fund.”

— “The group, dubbed GMI PAC, said it has already attracted $5.3 million in contributions that it will use to back candidates and members of Congress ‘who work to give consumers and innovators the opportunity to build and use next-generation technologies and services here in America.’

— “‘This is long overdue,’ CMS Holdings co-founder Dan Matuszewski, a member of the group's board, said in a statement on Friday. ‘GMI PAC is the crypto community’s campaign arm and we are here to stay.’” The organization said its founding donors and board of directors “include Matuszewski, FTX Digital Markets CEO Ryan Salame (the head of FTX's Bahamian subsidiary) and Framework Ventures co-founder Vance Spencer. Other funders include investment firms Multicoin Capital and Blockchain Capital.”

— GMI’s efforts are separate from those of another crypto-linked super PAC, Protect Our Future. PI reported yesterday the committee counts FTX founder and CEO Sam Bankman-Fried as well as Nishad Singh, head of engineering at the company, as major backers, and is preparing to spend at least $10 million in Democratic primaries this year.

HOSPITALS AND NURSING HOMES URGE WHITE HOUSE TO ACT ON PRICE GOUGERS: Several of the largest trade groups representing America’s hospitals and nursing homes wrote to the White House on Thursday to ask for assistance with what the industry alleges are anticompetitive practices by nurses and other direct care staffing agencies.

— In a letter to White House Covid-19 czar Jeffrey Zients, the American Hospital Association and the American Health Care Association/National Center for Assisted Living accused staffing agencies of “exploiting the severe shortage of health care personnel during the COVID-19 pandemic by charging uniformly high prices in a manner that suggests widespread coordination and abuse of market position.”

— The groups note that they do not fault individual nurses or other health care workers, who have left the industry in droves during the pandemic, arguing that their concerns lie with agencies “exploiting their desperate situation for personnel.” The organizations, in turn, “have no choice but to pay these exorbitant rates,” the groups wrote.

— The letter comes following a request from lawmakers in November for the White House and federal agencies like the FTC to investigate accusations of price gouging by staffing agencies, who the trade associations claim are “inflating prices ... two or three times pre-pandemic rates – and retaining up to 40% or more of those amounts for themselves.” Thursday’s letter notes that the trade groups have received no response from the FTC, which under Biden has taken a tougher look at antitrust and anticompetitive practices.

— Michael Greenwald is joining Amazon Web Services in a senior executive role. He most recently was director of digital assets at Tiedemann Advisors and is a Treasury alum, where he worked in Qatar and Kuwait as a senior U.S. diplomat and worked for TFI.

— The J.R. Simplot Company has hired Cameron Bishop to lead its federal government affairs efforts. He was most recently assistant U.S. Trade Representative for congressional affairs.

— Kristen Hutchens has been promoted to director of policy and government affairs at the North American Securities Administrators Association, per Morning Money. Prior to joining the group in May, she worked at the Municipal Securities Rulemaking Board and was a staffer on the Senate Banking Committee.

— Jack Bobo, a consultant in the food and biotech space and former State Department official, has joined The Nature Conservancy as director of global food and water policy, Morning Ag reports.

— Kauthar Rahman is joining the Meridian Institute as COO, per Playbook. She previously was COO at the Juvenile Law Center.