GREEN BAY – Coming onboard as the only new Green Bay alderperson in 2020, District 3 Alderperson Lynn Gerlach admits there was a learning curve.

Since then, Gerlach said she has made it her mission to help others not have the same experience she had.

She said she is working on creating essentially a how-to guide for newly-elected city alderpersons.

“I made the effort because it’s necessary,” Gerlach said. “I was the only new alder elected in 2020, and I was sworn in via Zoom in my basement. There was no orientation material for me. I took the training offered by the Wisconsin League of Municipalities, and it was helpful, but it was not about Green Bay. I had to find out everything by asking staff or asking other alders, and sometimes I didn’t know where to start. I just don’t think that’s smart. I think I’ve demonstrated that I intend to be thoughtful and intentional about my service on council, so I’m going to do my best to offer a better start to alders in the future – myself included. It took me a full year to figure out what might have been helpful to me.”

She said she reached out to Joe Faulds, the city’s chief of operations, and got the green light to move ahead with the project and had his full support.

Gerlach said she has been meeting with each of the city’s several dozen departments.

“Each meeting takes 20-30 minutes, and I like to meet with them individually, so I can tailor my presentation to their specific aspect of city work,” she said. “Some meetings have been face-to-face, masked and socially-distanced. Others have been virtual.”

As a member of the Parks Committee, Gerlach said she started there.

“I serve on their committee and feel I know them quite well,” she said. “Joe and I asked them to do their section of the manual before the holidays last year, so we could use it as a model – and that’s what I’ve been doing.” 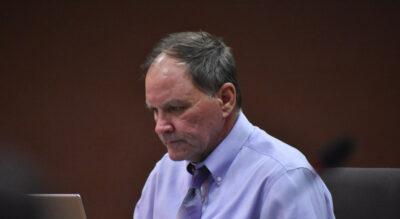 She said thus far, department directors have been very supportive and cooperative.

“Some had started planning their own orientation materials,” she said. “Chief David Litton of the fire department has a presentation all ready for new alders.”

Others who didn’t have orientation materials previously, she said, have been willing to undertake their part of the work.

“I prepared a unique outline for each department, suggesting what might have helped me as a beginning alderperson,” Gerlach said. “I present that to them, with an invitation to revamp it and make it their own. Then, I show them the chapter created by the parks team to demonstrate how a department can take the outline and massage it and make it work for them. The community and economic development (department) already had their chapter prepared, so we are modifying the outline to fit their department.”

As far as other alderpersons, she said there is “mild interest.”

“No one has told me not to pursue it,” Gerlach said. “I sent my proposal to all my council colleagues last fall. Joe tried out the idea on the staff, and I tried it out on the alderpersons. Only three responded, and those responses were all positive. There were no negative responses. Alderperson Chris Wery told me the council used to have an orientation manual, but he doesn’t know what became of it. He seemed to think it was a good idea.”

As she’s made her way through each department, she said nothing has jumped out at her as surprising.

“You might not be aware that, back in 2020, when I was first running for council, I arranged individual interviews with nine department directors to educate myself on our city operations,” Gerlach said. “So I knew many of our leaders already when I took office. I’ve always felt very comfortable with our staff. My experience in working on this project has been exactly like my experience for the past 21 months serving on the council.”

She said she’d never met anyone who works for the city that she didn’t like.

“I’ve never encountered anyone wasting time or demonstrating anything less than full loyalty and dedication,” she said. “You might think that is impossible, but that has been my actual experience. Meeting with them to ask for their help with this alder orientation manual has been just like all my experiences with staff.”

Gerlach said each department is unique to itself.

“Each has a different mission, and it’s exciting to understand that mission,” she said. “The enthusiasm of the directors is uplifting. Nancy Quirk, (Green Bay Water Utility general manager) is excited about clean drinking water and being a city with no lead water pipes, but (Green Bay Metro Transit Director) Patty Kiewiz is excited about her new rides-on-demand program. (Department of Public Works Director) Steve Grenier, gets excited about sewer pipes and lift stations, and IT Administrator Mike Hronek never tires of talking about how to make our website better. They’re all positive and eager to help. I guess the only surprise I had – and it was a good surprise – was that our police chief, Chris Davis, brought two dozen police officers to our meeting. I was thrilled.”

Gerlach said she has asked each department to send a draft of their section of the guidebook within two weeks of their meeting.

“I’ll assemble the book and appendices and do some light editing, and then I’ll send it on to Faulds for his review and improvement,” she said. “Then we’ll send the entire first draft out to all the alders, asking for their feedback. What’s missing? What’s confusing? I’ll ask the departments to respond to those requests, and we’ll finalize the book. The city print shop will print copies for those who want a three-ring binder, as I do. Others might prefer the book electronically. Our hope is to have it all ready to go by the April 5 election.”