ANOTHER CHAPTER —Alan Hall, director emeritus of the Public Library of Steubenville and Jefferson County, at left and below, with Wendy Knapp, state librarian, was sworn in Jan. 20 as board president for the Columbus-based State Library of Ohio for 2022, a first for Jefferson County.-- Janice Kiaski

STEUBENVILLE — As a patron or employee, Alan Hall has been attached to a library in one way or another his whole life, a reality not likely to change.

That he retired as director of the Public Library of Steubenville and Jefferson County not quite three years ago after 36 years hardly distanced the Marietta native from a place he never grows weary of visiting or being involved with in some way, these days doing volunteer online cataloging and editing at the Main Library.

On Jan. 20, the director emeritus who has more than 50 years of experience in Ohio’s public libraries broadened his commitment to all things library when he was sworn in as president of the board of the State Library of Ohio.

It’s a believed first for Jefferson County and in Hall’s assessment, “the culmination of a career.”

Hall will serve in that capacity for 2022, presiding at its on-average six meetings a year in Columbus.

“I know a lot of folks in Ohio’s public libraries, even in retirement, and I have to remind myself as well as my library friends that the State Library of Ohio is a state agency serving all types of Ohio libraries,” Hall said.

“In addition, the State Library of Ohio manages the Library and Services and Technology Act funding from the federal government to public, academic, school and special libraries in Ohio,” Hall continued, adding, “It supports library automation from the SEO Center with 98 library systems at 258 service locations throughout Ohio.” A proud Hall noted the pioneering local library system was one of the first four to join that in 1983.

The State Library of Ohio coordinates the Ohio Talking Book program for Ohio’s blind and physically handicapped residents and serves as a pass-through agency for the Ohio Public Library Information Network as well as for the Martha Kinney Cooper Ohioana Library housed in the State Library building, he added.

The State Library of Ohio was established in 1817 by Gov. Thomas Worthington with legislative recognition making it one of the institutions of the state of Ohio, Hall explained. During the 19th Century, the state library operated as part of the executive branch of state government modified in 1921 to a board of operations as the agency was assigned the responsibility of library development throughout Ohio. 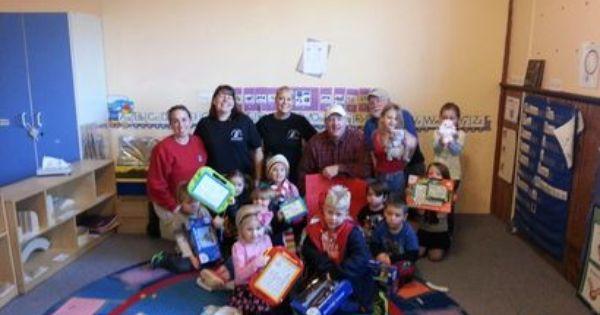 “The current board structure was enacted in 1955 as the State Library of Ohio began operations independent of the state Department of Education,” Hall noted. “Today, the board of the State Library of Ohio operates with a five-member board, with each member serving a five-year term with a term expiring each year,” he said. The appointments are made by the Ohio State Board of Education.

In 2018, as his library career was drawing to a close, Hall read a notice regarding the annual announcement of a board appointment to the State Library Board.

What caught his attention and surprise was the lack of a geographic mix to its representation, that the board’s makeup had three people from Columbus and one each from Dayton and Cincinnati.

“I was finishing the renovation project at the Main Library, but thought that perhaps in the future I might extend my resume and complete an application to be considered for the board, but not right now,” Hall recalled thinking to himself at the time.

Three months later brought another announcement — one of the board members had relocated outside of Ohio and had to resign. Applicants would be accepted for the remainder of her four-year term.

The future was now.

“I decided to apply, and in February 2019, I was appointed by the state Board of Education to the State Library Board, so I retired and was seated on the board nearly the same month,” he said.

Hall met with the state librarian, received his member handbook and began his service at the March 19, 2019, board meeting. “I seemed to be the first member residing in Jefferson County to serve on the state library board,” he said.

During his term of office, the board hired a new state librarian in Wendy Knapp to replace the retiring Beverly Cain. “Public library service districts have become a lesser issue since legislations passed in 2012-14 reviewed all 251 public library districts, and the state library staff and board worked to clarify those districts,” he said.

“At this time, I will serve as president of the board for 2022 as one of the senior members on the board,” he said, describing his fellow board members as “knowledgeable individuals dedicated to library services in Ohio.”

They include Laurie Gemmill Arp, a senior board member appointed in 2015 who is director of DuraSpace Community Software in Columbus; Janet Carleton, board vice president and digital initiatives coordinator for Ohio University Libraries in Athens; Terri Fredericka of Lakewood, who worked for 37 years in the school library community serving in many capacities of coordination of services; and newest board member Andrew Wichterman, assistant director and adult services librarian for the Tipp City Public Library in Tipp City, Ohio. Like Hall, he was sworn in on Jan. 20.

Hall’s appreciation of libraries came at an early age, instilled by his mother, the late Flossie Hall, who took him to the library every week.

His second-grade teacher, Opal Bole, had a keen impact as well, having taken Hall’s class on a field trip to the Washington County Public Library where she worked in the evenings. In the high school Hall attended, Bole was the school librarian who not only got him to volunteer during study hall but lined him up for a job as a page at the public library — what they used to call students who shelved books.

His interest in a library career cemented, Hall would earn his bachelor’s degree from West Virginia University and a master’s degree in library science from Case Western Reserve University. He worked at I.F. Freiberger Library in Cleveland, then as director at the Delphos Public Library northwest of Lima.

Steubenville became the new home for Hall and his wife, Barbara, in 1983, when he came on board as the library director. On his watch, Hall supervised the remodeling of the library branches in Adena, Brilliant and Tiltonsville; built new buildings for Dillonvale-Mount Pleasant, Schiappa and Toronto; and saw to fruition the main library renovation and expansion project.

Library systems are not immune to change, Hallknows.

“Today’s libraries face information services well beyond the traditional paperbound book that libraries are known for, and those new products of ebooks, databases and digitized information — to name only a few — require coordination on a multi-library system, something the State Library of Ohio can and does do,” remarked Hall, who was honored as the 2019 Hall of Fame Librarian by the Ohio Library Council.

“In 2022, Ohio’s libraries are emerging from the pandemic as different and altered institutions, but remain the backbone of information services to the citizens of Ohio,” he said. “This year the State Library of Ohio will need a new five-year plan for Library Services and Technology Act funding and must remain in the forefront of information development leading the way,” he added.

The State Library of Ohio had 148 staff members when Hall toured it in 1977 as a “new library director.” Today there about 60, a change that troubles Hall. “Technology in libraries has taken over some jobs, but library services remain and need to be staffed,” he said.

Some things haven’t changed about libraries, though.

“The root of the library, especially a public library, hasn’t changed since Andrew Carnegie built the building,” Hall said. “We’re information sources — some people call us the people’s university.”

“You can come physically in the library or call or e-mail or however it is you communicate with us, and there’s a person who will help guide you to the information.”

Hall said he is honored and humbled to serve on the State Library Board.

“Over the years, I have known every state librarian and many staff members, and they have all been wonderful mentors to my career, and I hope to return the favor,” he said.

In 1970, the first year Hall was employed in his hometown library in Marietta as a student page, the state librarian paid a visit to the library and took him aside, saying, “I understand you want to be a librarian — let’s talk about it.”

“We did,” Hall noted, not lost on the irony that 52 years he is now president of that very same board.

The next state board meeting comes in March, Hall said. Aside from the five board members on hand, there are about 20 staff members providing various reports at the meetings that are open to the public.

Sometimes even the public makes an appearance, a complaint usually what precipitates a presence.

“Probably the most interesting thing to me is there’s an assumption that the state library board runs Ohio’s 251 public library districts,” Hall said. It does not.

“We work with the state library and they have one staff member who handles complaints. Somebody will call about an overdue book or the book they lost they shouldn’t have to pay for it or something the library did that they didn’t like, so the person at the state library has to say we will be glad to share your information with the library in question but we’re not their boss, we’re not in charge of them. We are a stage agency, so that’s kind of interesting,” Hall said, recalling that during his time as the local library system director, there were three occasions when the state library called in regards to an overdue book complaint.

Hall said he is “pleased” to be president of the board of the State Library of Ohio.

“To me it’s just the culmination of a career,” he said of a professional journey with many mentors and many memories.

“I have had a wonderful career in the library world, and as retirement approached, I felt badly that it would end,” he said. “Service on the State Library Board has continued that excitement.”

I'm interested in (please check all that apply) Are you a paying subscriber to the newspaper?*
Popular Articles
Navigation Lists